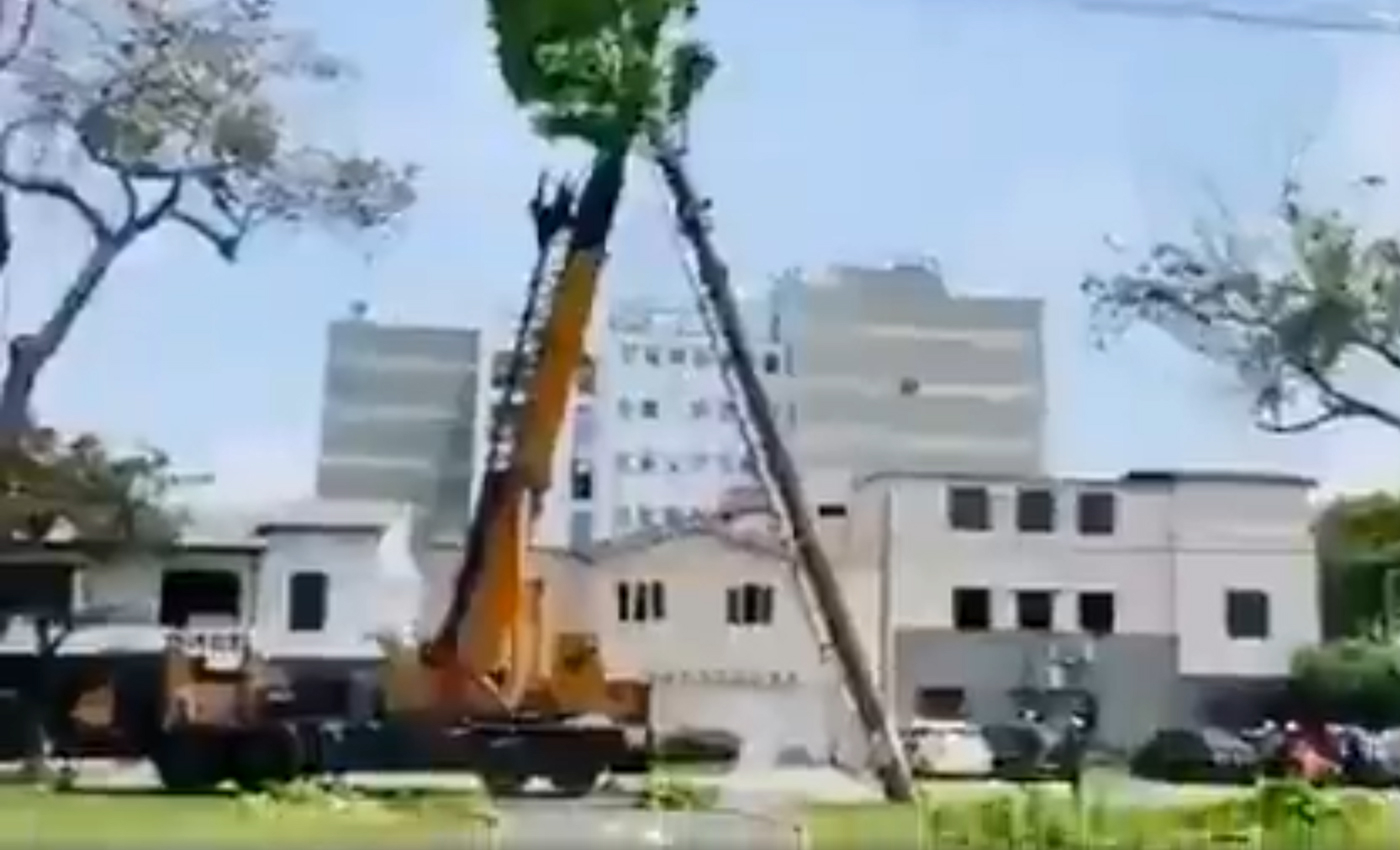 A 2019 video of a telephone antenna removal in Peru has been miscaptioned as a 5G antenna. There is no evidence that 5G technology harms human health.

Recently a video has been widely circulated on social media in which workers disassemble a camouflaged tree-shaped antenna, claiming that it is a 5G antenna being taken down in Peru. The caption adds that the antenna pole was taken down because the radiation emitting from it weakened people's immune systems. However, this claim is false.

By conducting a reverse image search on a screenshot of the video, we found the corresponding images in a press release published by the Municipality of Miraflores, Lima, Peru, on November 30, 2019. The press release discusses the dismantling of radio and cell phone transmission antenna at Roca y Bologna and Ricardo Palma streets, Miraflores. It further stated that the 30-meter tower was constructed without official authorization, according to Hugo Zevallos, an agent of the Municipality of Miraflores.

The Municipality of Miraflores posted the same video on its official Facebook page on November 29, 2019. The translated caption reads, "Municipality removes antenna that did not have authorization in the cdra. 1 of the ave. Rock and Bologna."

An article published by RPP, Peru's local news agency, on June 12, 2020, stated that the Ministry of Transport and Communications (MTC) said there is no 5G antenna in the country, and it is not known if they are being implemented until 2021 or early 2022.

A document released by the Science and Information (SAI) Organization in February 2021 notes that the Peruvian government had proposed the implementation of 5G technology in the country, but no updates are currently available on the subject.

The circulating viral post also points out that 5G is harmful to human health. However, Healthline media reports that according to the World Health Organization (WHO), there is limited research on the frequencies used in 5G. Furthermore, there is insufficient research on the health effects of electromagnetic fields across the spectrum. Logically has previously debunked false claims about 5G networks that were linked to COVID-19 infections and other health issues like cancer.

The dismantled antenna pole in the video was not a 5G pole, and 5G technology has not been implemented as yet in Peru. Therefore, we mark this claim as false.

The Science and Information Organization

The second wave of COVID-19 infections in India is linked to the testing of 5G mobile towers.