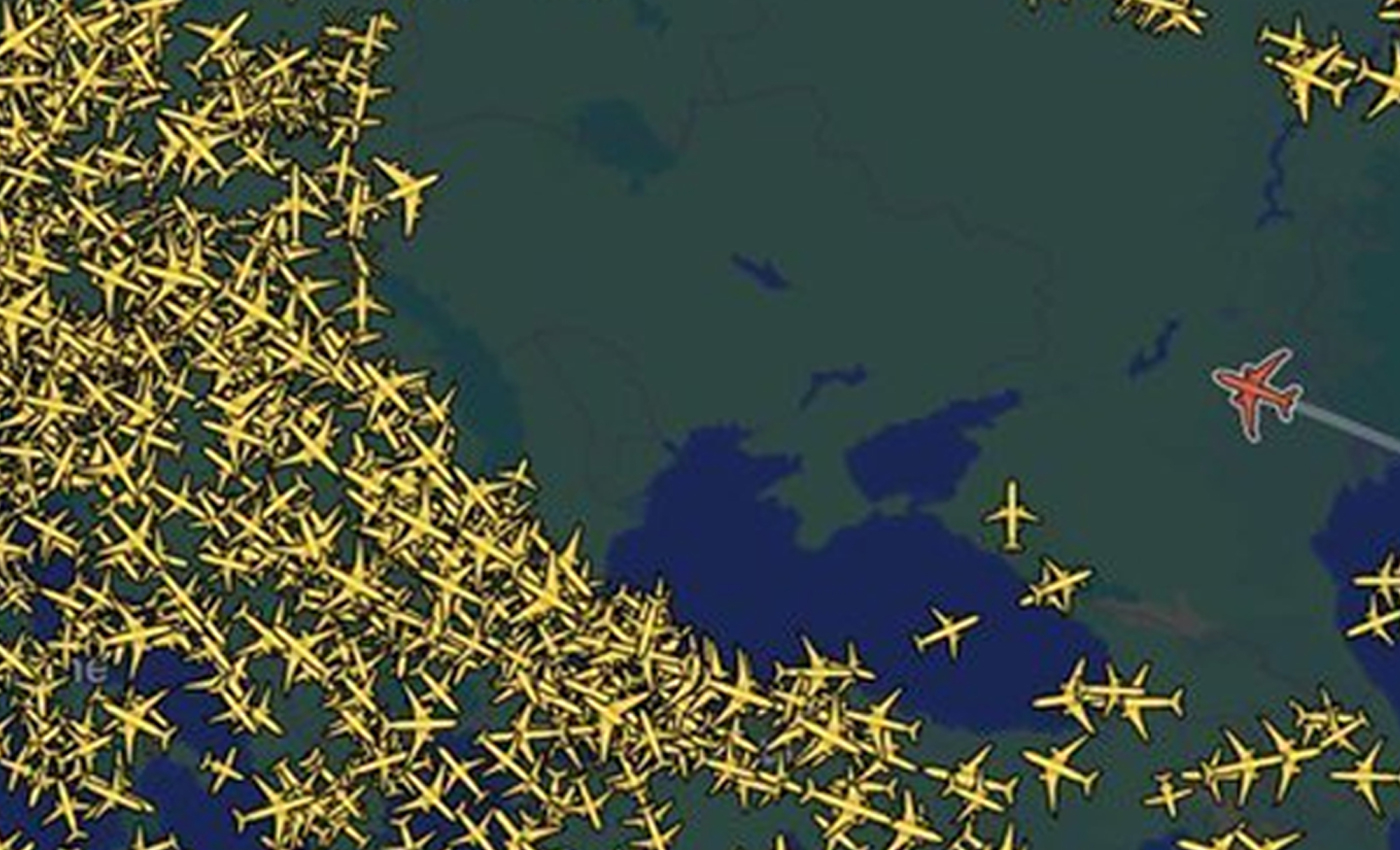 When Russia invaded Ukraine on February 24, 2022, countries such as India and the U.S. evacuated their citizens almost immediately. While these flights were taking place, a photograph showing the flight route of Air India flight AI121 went viral, alleging that the aircraft was the only one to fly within Ukraine's airspace, which has been closed to all civilian aircraft since February 24. The image showed several aircraft flying around Ukraine, with one flight flying towards it, AI121.

However, we discovered that the flight depicted on the map did not enter Ukrainian airspace. The fight number in the picture is AI121, which flies direct from Delhi, India to Frankfurt, Germany. The flight path of AI121 from Delhi to Frankfurt, according to Flightradar24, does not cross Ukraine's airspace. The flight-tracking website FlightAware also shows the flight path of AI121 on February 24, confirming this.

We then reverse searched the viral image and discovered that the original image was posted by a Twitter user, @QuebecTango. The user had alleged that AI121 was flying in airspace closed to civilian craft. This tweet was retweeted over 90,000 times. Later, the user said the flight path shown was a glitch in a flight tracking application. He also says that a screengrab was taken before the application corrected the flight path. The Quint has also debunked the claim and confirmed that no aircraft were spotted flying in Ukraine's airspace since February 24, 2022.

We then investigated whether an Air India plane had been dispatched to Ukraine to rescue Indian citizens on February 24 and discovered a report by The Hindu, which said that AI 1947 had been sent from Delhi but was turned back when Ukraine declared their airspace closed to civil aviation.

Since the air space was shut down, the Indian Embassy in Ukraine announced on February 24 that alternate arrangements were being made for the evacuation of Indian citizens. Most of the evacuations took place from countries bordering Ukraine like Moldova, Poland, Slovakia, Romania, and Hungary. Flight-tracking websites show that no flights are operating above Ukraine. Thus, it is evident that the flight path of Air India flight AI121 went viral with a false claim, and this was not the real flight path.

Photos show a snake found on an Air India Express flight on December 10, 2022.