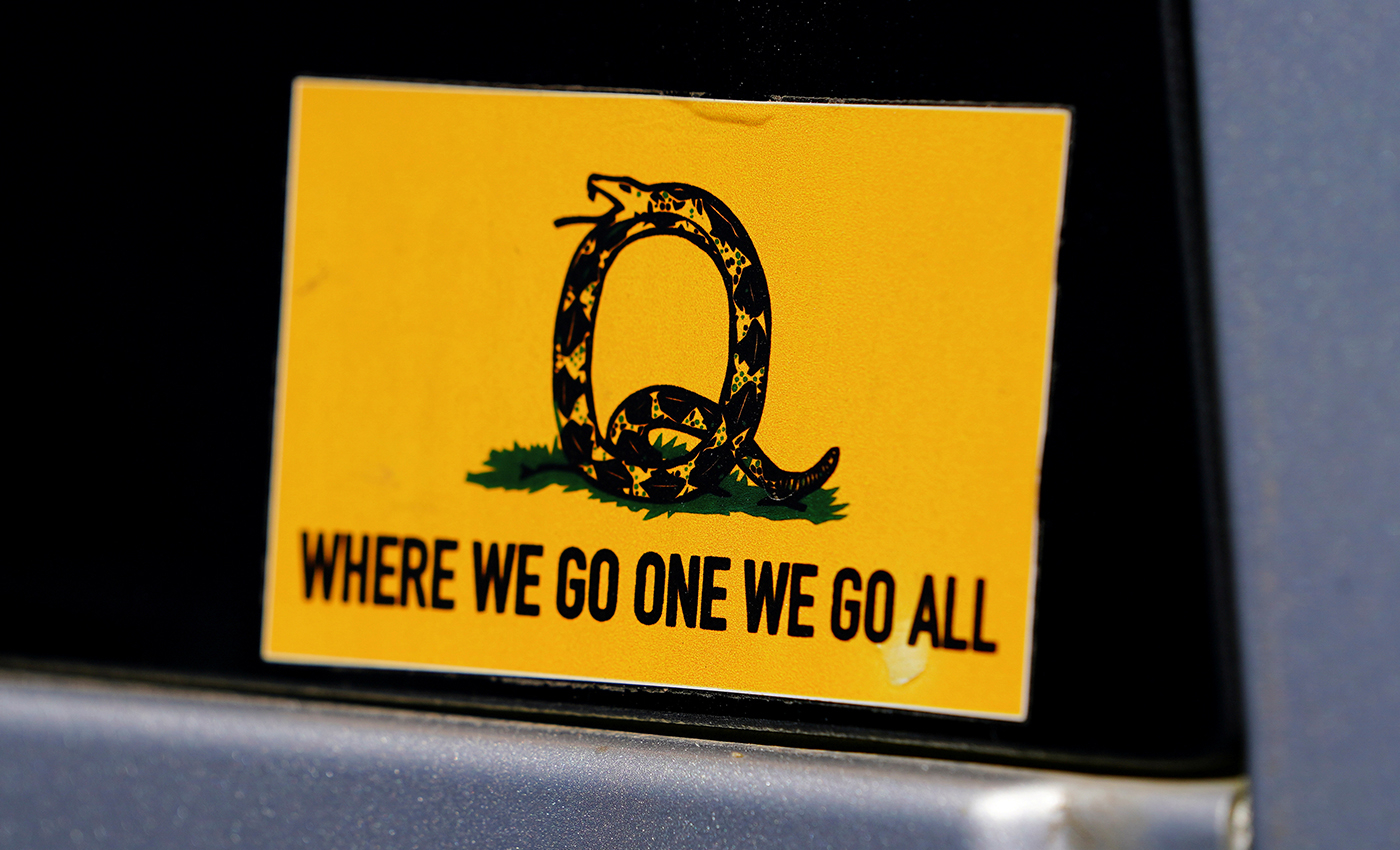 The FBI has labeled the QAnon movement as a domestic terrorist threat. People following the movement have engaged in violent acts.

QAnon is a widespread conspiracy theory that claims Satan-worshipping Democrats, Hollywood celebrities, and billionaires run the world while engaging in pedophilia and human trafficking. In October 2017, the theory surfaced when an anonymous user put up a series of posts on the message board 4chan. The anonymous user posted as "Q", purporting to be someone with high-end military clearance in the Trump administration. These messages became known as "Q drops", which were often written in a cryptic style with slogans, pledges, and pro-Trump themes.

An unpublished FBI bulletin from 2019 says that the agency is labeling “conspiracy theory-driven domestic extremists” as a growing threat for the first time. “The FBI assesses these conspiracy theories very likely will emerge, spread, and evolve in the modern information marketplace, occasionally driving both groups and individual extremists to carry out criminal or violent acts,” the document reads.

In the report, the FBI specifically cites multiple cases of conspiracy-driven violence, including the case of a Californian man, found in possession of a bomb, who referenced Pizzagate and the New World Order. The report also references cites the Pittsburgh shooter who killed 11 people at the Tree of Life Synagogue and had posted anti-Semitic content on social media.

According to section 18 U.S. Code § 2331, domestic terrorism means "activities that involve acts dangerous to human life that are a violation of the criminal laws of the US or of any other nation-State. The activities must appear to intimidate or coerce a civilian population, to influence the policy of a government by intimidation or coercion or to affect the conduct of a government by mass destruction, assassination, or kidnapping. Finally, the activities need to occur primarily within the territorial jurisdiction of the US."

On September 17, 2020, Logically's Deputy Editor, Edie Miller, published an article where she looked into the real-life harm caused by QAnon and its followers. Miller lists six crimes linked to the baseless conspiracy theory and highlights that "The list above is not exhaustive, and neither is this line of inquiry into the harmful effects of the conspiracy theory." She goes further and says that along with these instances of violence, the second category of harm caused by the theory is "the anguish of the families and loved ones of QAnon participants who have become estranged from them as a result of their beliefs, many of whom describe the experience as similar to mourning a death."

The latest violent incident caused by QAnon followers was the storming of the U.S. Capitol Building, a riot that left five people dead and 70 people injured. Following the incident, President Joe Biden said, “Don’t dare call them protesters. They were a riotous mob. Insurrectionists. Domestic terrorists.”