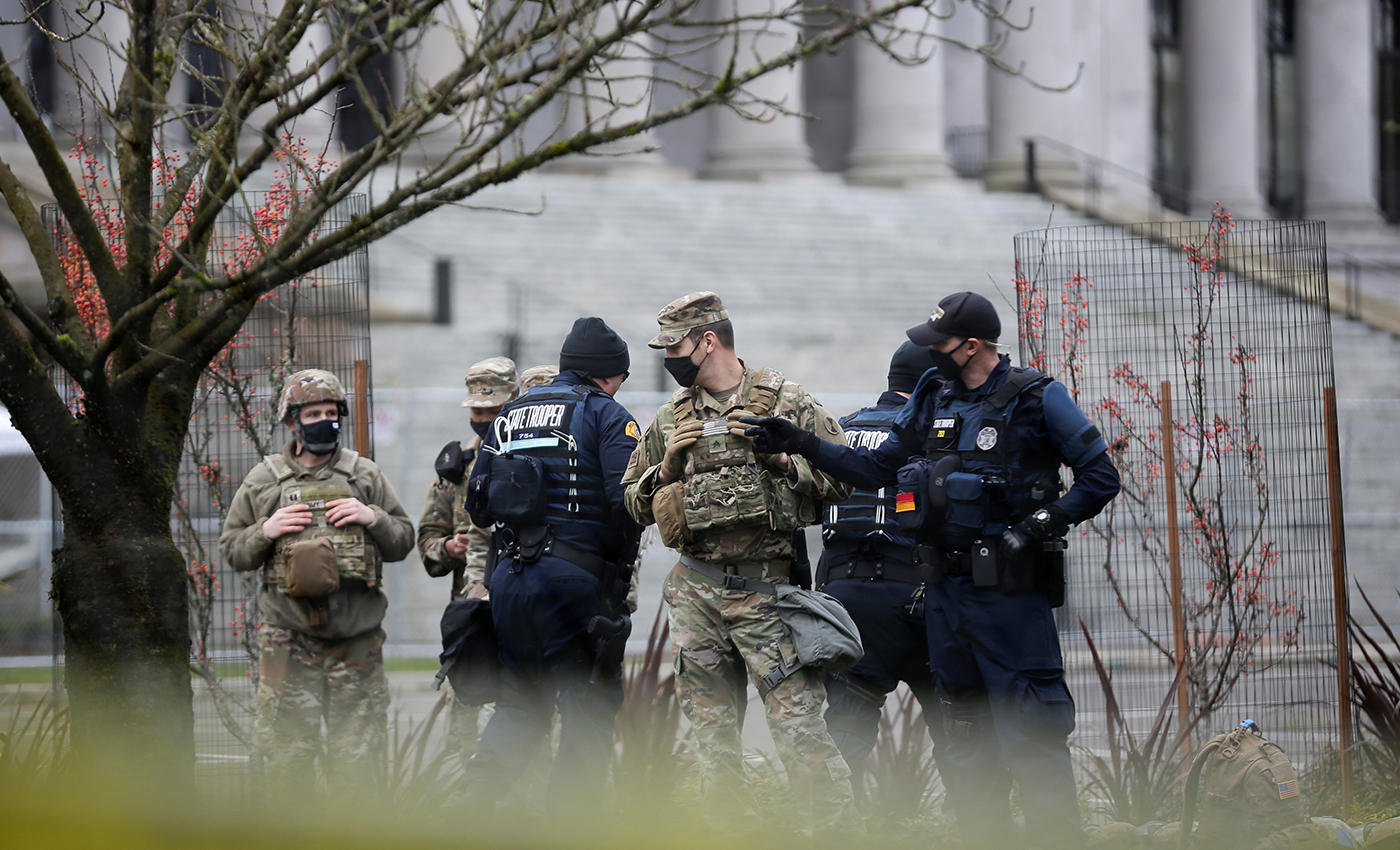 Off-duty National Guard troops were put up in hotels by the authorities. There are no credible reports that Trump facilitated their stay.

The U.S. National Guard troops were called into Washington D.C. after Trump supporters stormed the Capitol on January 6, 2021. After the incident, the troops stayed in the city for the new president Joe Biden's swearing-in ceremony. Pictures of National Guard troops bunked in a parking garage surfaced in the media, raising questions about how they were being treated.

After that, social media posts surfaced claiming that Trump had arranged accommodation for National Guard troops at hotels began surfacing. There are no official reports of Trump arranging hotel stay for the soldiers.

The Washington Post has reported that two soldiers, on the condition of anonymity, told them that "hundreds of National Guard members were forced out of a U.S. Capitol cafeteria and into a parking garage nearby, putting them in close quarters with moving cars, exhaust fumes, and troops potentially infected with the coronavirus." Politico was the first to report on this news. Initially, the guards were using the cafeteria as a place to rest, but they were abruptly asked to move to the garage without any explanation. The parking garage did not have any internet reception—just one electrical outlet and one bathroom with two stalls for 5,000 troops, reported Politico. On the day, temperatures in Washington were in the low 40s by nightfall.

Officials said that soldiers who finished their duty had hotel rooms where they could stay. But soldiers could not easily return to them as they conduct shifts on and off for a few hours over a day or two at a time. Subsequently, CNN reported that "members of the National Guard had been allowed back into the Capitol Complex after a slate of lawmakers voiced their outrage at guardsmen being banished to a parking garage as a rest area."

There has been confusion around who gave orders to the soldiers asking them to leave the building. Capt. Edwin Nieves Jr., a D.C. National Guard spokesperson, said that they were asked to vacate the premises because the Congress was in session and there was increased foot traffic, and business was being conducted. However, acting U.S. Capitol Police chief Yogananda Pittman insisted that the Capitol Police "did not instruct the National Guard to vacate the Capitol Building facilities" with the "exception of specific times" on Inauguration Day when the swearing-in ceremonies were underway. Authorities are said to be looking into the matter.

A joint statement from the National Guard Bureau and the Capitol Police released a statement that did not explain why soldiers were sent to a parking garage but suggested it would not happen again. “Off-duty troops are being housed in hotel rooms or other comfortable accommodations,” Major Murphy said.

Thus, we conclude that officers were made to relocate to the garage, and off-duty officers were put up in hotels by authorities but there is no evidence to show that Trump facilitated their stay in hotels.