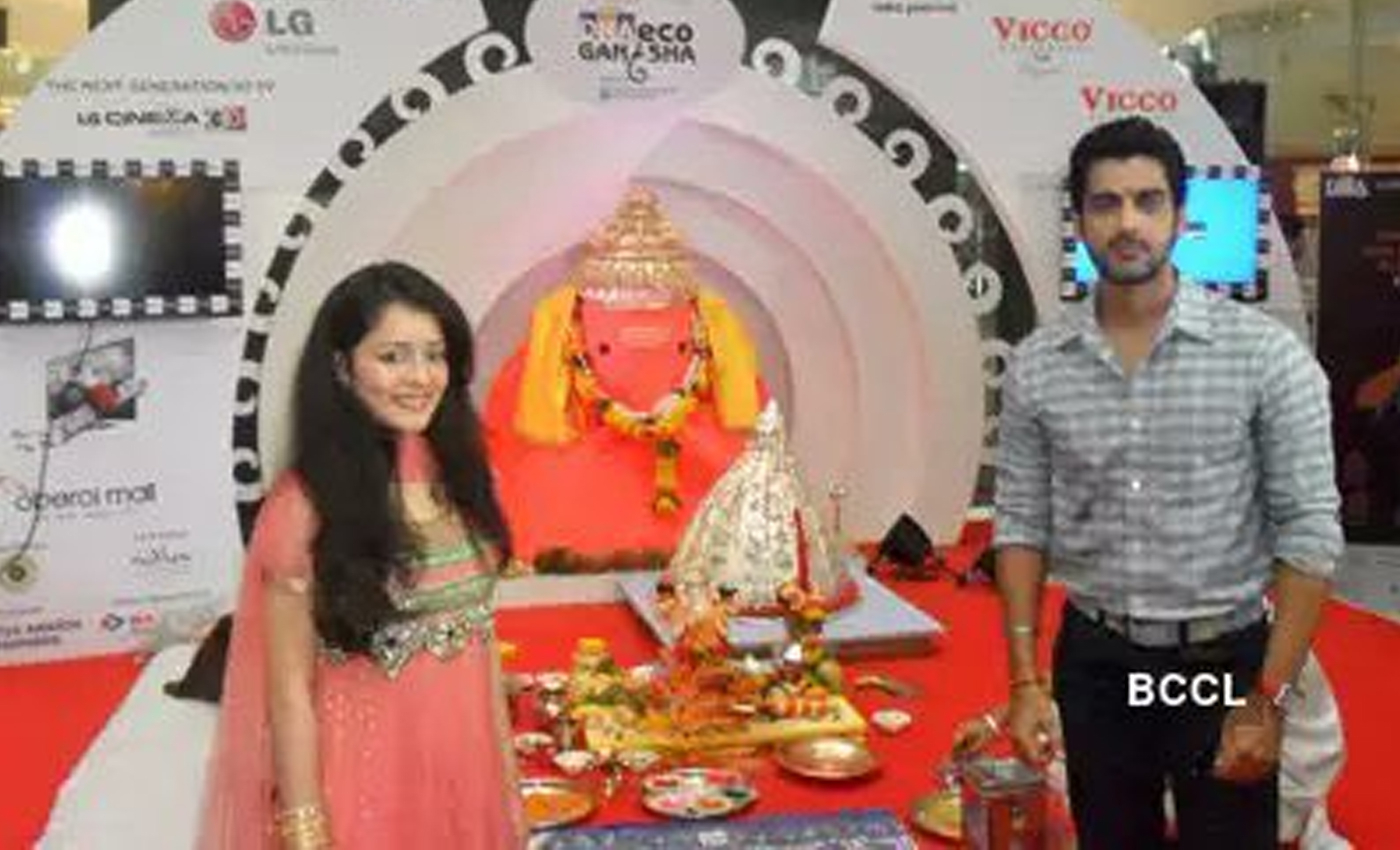 The image was captured in Oberoi Mall in Mumbai in 2011. It has been misattributed to Lulu mall in Lucknow.

An image circulating on social media shows Indian television actors Arjan Bajwa and Sulagna Panigra worshipping the Hindu God Lord Ganpati. The post claims that the two are at Lulu mall in Lucknow, Uttar Pradesh. The caption along with the image reads, "Offering Namaz in #LuluMall can bring FIR on you but worshipping Ganpati in (a) mall is normal; let it sink."

The image surfaced only days after Uttar Pradesh police filed FIR against unidentified persons after a video of them reading namaz inside Lulu mall, Lucknow, went viral.

However, the claim is baseless as the image is from 2011.

On conducting a reverse image search, we found that the India Today group uploaded the picture on Getty Images on September 1, 2011. The image's caption read, "Mumbai Celebrity Sightings." It mentioned that the actors celebrated the Ganesh Chaturthi at Mumbai's Oberoi Mall.

The image of the two actors worshipping Ganapathy was captured at Oberoi mall in Mumbai in 2011 and not at Lulu mall in Lucknow. Hence, we are marking this claim as false.