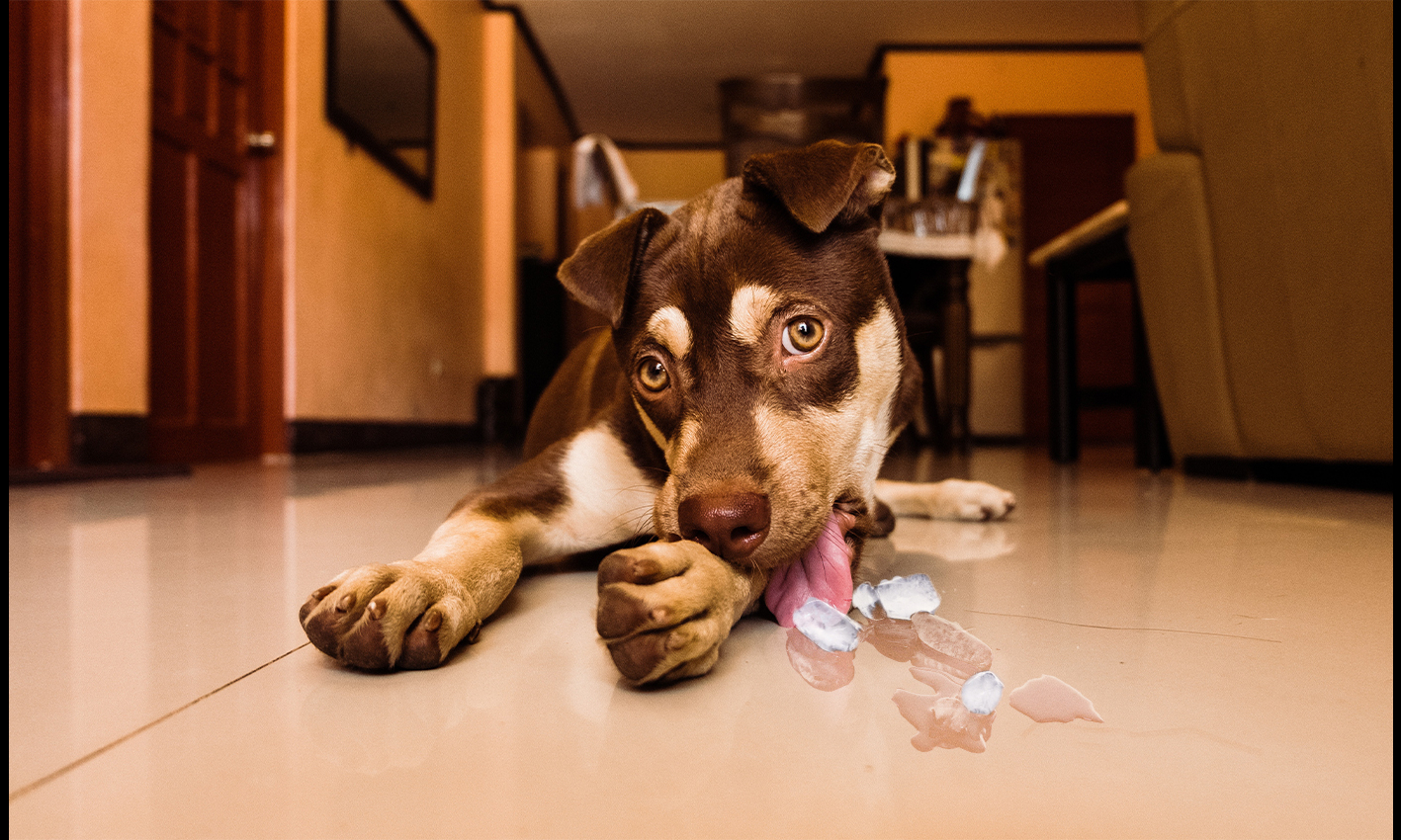 There is no evidence that giving dogs small ice cubes to eat in high temperatures is harmful.

With temperatures continuing to soar around Europe, a viral post circulated on social media claiming that ice cubes are dangerous for dogs. The Facebook post states: "Announcement: PLEASE do NOT give your dogs ice cubes or other frozen items in the heat to cool them down! Ice cubes do not cool dogs down! I post this warning more than once every summer." The post states this could be dangerous because ice cubes cause dogs to heat up by triggering the canine anterior hypothalamus, the part of the brain responsible for regulating temperature. Posts similar to this have been circulating for years, but with temperatures reaching new highs in 2022, they have gained traction. However, according to reports, giving dogs ice is generally harmless.

Although large, hard pieces of ice can cause damage to teeth, there is no risk in giving ice or cool water to a healthy dog in high temperatures. The Royal Society for the Prevention of Cruelty to Animals (RSPCA) advises adding ice cubes to a dog's water bowl, making frozen, dog-safe treats, and providing a cool, wet towel for the dog to lie on.

The Humane Society of the United States similarly suggests providing dogs with ice water or ice cubes; the website further adds that if a pet suffers from heatstroke, apply ice packs or cold towels to their head, neck, and chest or run cool water over them; it also recommends to take the animal to a veterinarian.

The Facebook post from an unknown veterinarian claiming a link between canine anterior hypothalamus and ice cubes leading to dogs' deaths is not a clinically arrived conclusion. AFP debunked a similar claim in 2019, stating that it is not deadly to feed icecubes to dogs.

Dogs drinking reasonable amounts of cool water or consuming small chunks of ice is safe and causes no harm. Therefore, we have marked this claim as false.

Royal Society for the Prevention of Cruelty to Animals