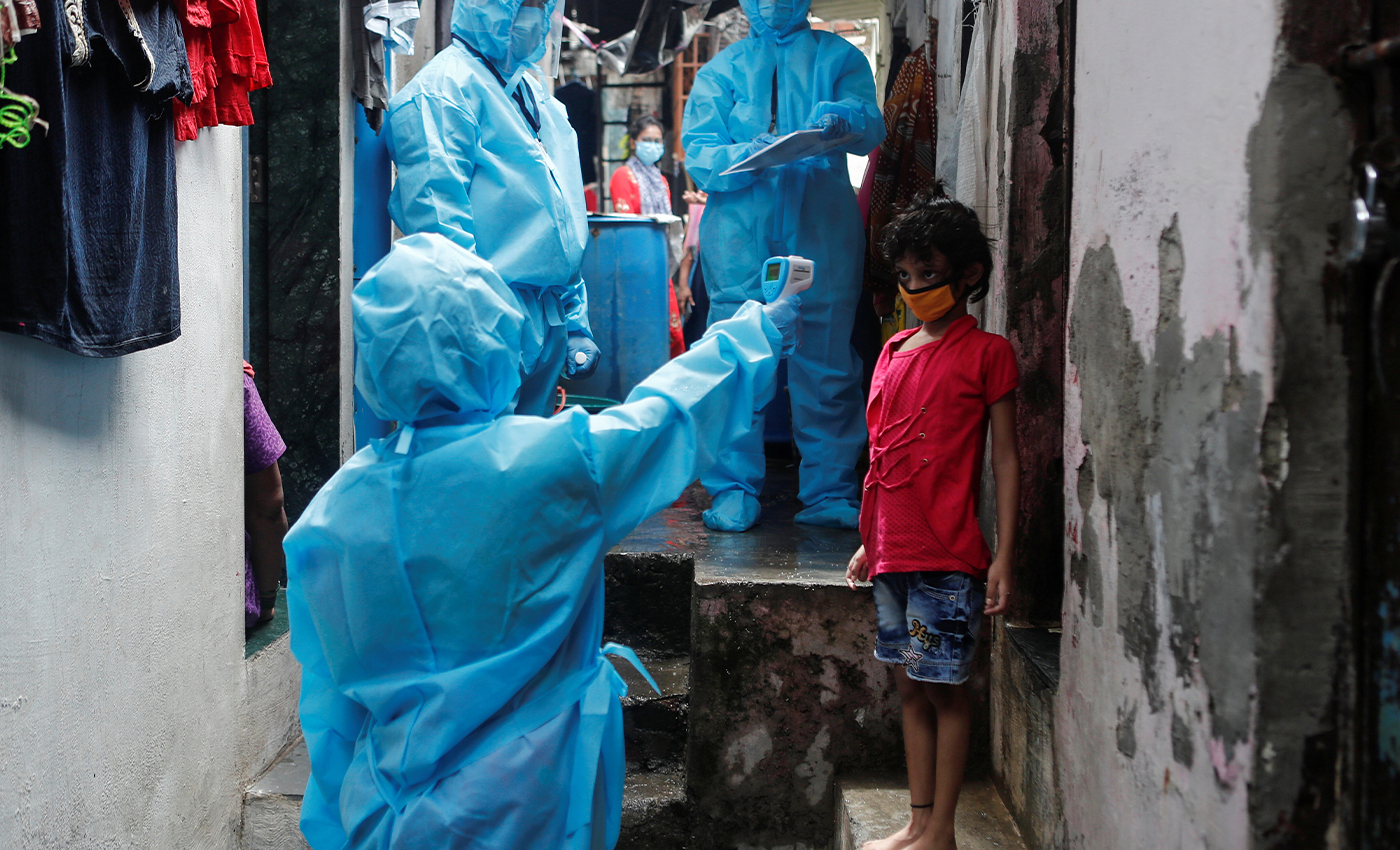 The majority of new cases of COVID-19 are among children and young people, but the over 60s are still more at risk of severe symptoms of the virus.

In March 2021 The World Health Organization (WHO) acknowledged that India had been hit with a second wave of COVID-19. WHO stated that there had been delays India-made vaccine COVAX's delivery to other countries due to a sharp rise in cases of COVID-19.

As of April 20, 2021, data from the National Centre for Disease Control of India shows that young people between the ages of 21 and 30 accounted for 26 percent of new cases COVID-19, and a little over 22 percent between 31-40 years, while people above 60 years reported comparatively fewer cases. In the first week of April, the Free Press Journal cited the union health ministry data for the five most affected states. About 79,700 of children have been infected with COVID-19 in Maharashtra, Chhattisgarh, Karnataka, Uttar Pradesh, and Delhi.

According to The New Indian Express, 1,316 children aged below 16 and 8,702 adults in the age group 17 to 40 were infected in Odisha between February 15 to April 12, 2021. The Hindu reported that over 2,000 children aged 0 to 12 years tested positive for the virus in Tamil Nadu around the second week of April.

Media reports and medical experts additionally stated that children were seen playing outside, contrary to them mostly staying home in 2020 and early 2021. It has been suggested that mass behavioral changes emanating from the government relaxing most pandemic protocols may have contributed to the spike. This is mainly due to assembly elections in five states, during which election campaigns were allowed to run without social distancing measures in place.

Additionally, experts said that not enough attention was paid to reports of a new variant being identified in Maharashtra. Over 1 lakh cricket audiences were permitted into the Narendra Modi Stadium to watch international matches in March. These have also resulted in religious events and other gatherings like parties and weddings being conducted without safety protocols where people of all age groups appeared to participate.

Pediatricians around the country advise parents not to ignore their children's symptoms like headaches, fever, and fatigue. Delhi's Dr. Gitali Bhagawati, a consultant and head of the Department of Microbiology and Infection Control for Narayana Superspeciality Hospital, told The Indian Express that the COVID-19 symptoms were diverse because of the recent variants of the coronavirus. Apart from prevalent symptoms like sore throat, fever, gastrointestinal symptoms (mainly diarrhea), neurological issues, etc., people have been experiencing dry mouth and an ulcer due to non-salivation called "COVID tongue" too. Children may also suffer stuffy or running nose and loss of appetite, Dr. Bhagawati added.

Doctors from other states have also hinted at the severity of disease in recent cases leading to hospitalizations, especially in children, could be because of the new coronavirus mutations. "The available medical literature shows that the ‘double mutation’ found in Maharashtra (now called B1.617) can be one of the reasons behind it," pediatrician Dr. Bakul Parekh said.

Vaccines for children are still under trial, and it may take some time before it is tested and rolled out to the public. Meanwhile, doctors and medical professionals are advising children to wear a mask and maintain social distancing. In light of all these consecutive events in the country, the union health ministry announced on April 19, 2021, that people aged 18 and above would be eligible to receive the COVID-19 vaccine from May 1, 2021.

The COVID-19 pandemic has given rise to a lot of potentially dangerous misinformation. For reliable advice on COVID-19 including symptoms, prevention, and available treatment, please refer to the World Health Organisation or your national healthcare authority.