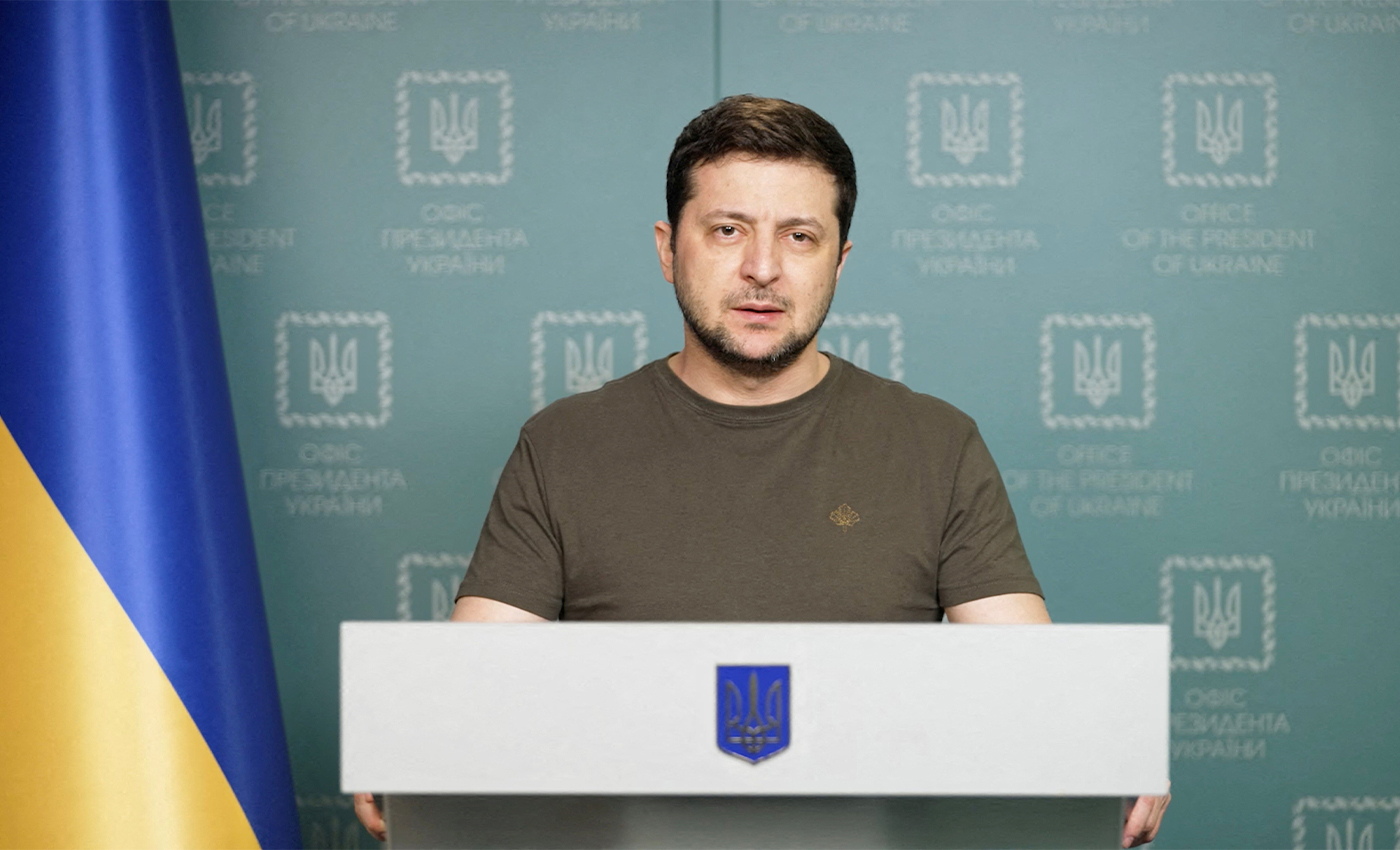 A deepfake video showing President Volodymyr Zelenskyy has been widely circulated to falsely claim that he ordered his soldiers to surrender.

On March 16, 2022, a video of of Ukrainian President Volodymyr Zelenskyy was widely circulated on social media. In the video, Zelenskyy appears to be calling on his soldiers to lay down their weapons and surrender. Ukrainian news agencies — Ukraine TV 24 and Segodnya — also broadcasted the same video. However, the video is not authentic.

On March 16, Zelenskyy released a statement denying the video on his official Telegram channel with a caption that translates to "we are at home and defending." Hanna Liubakova, a journalist, tweeted the English translation of Zelenskyy's statement: "If I can offer someone to lay down their arms, it's the Russian military. Go home because we're home. We are defending our land, our children & our families."

Further, Ukraine TV 24 clarified on Facebook that the news tickers for the Ukraine 24 TV channel and the Segodnya website had been hacked and that the message broadcast was fake.

On March 17, Nathaniel Gleicher, Meta's head of security policy, said that his teams "identified and removed a deepfake video claiming to show President Zelensky issuing a statement he never did. It appeared on a reportedly compromised website and then started showing across the internet." He added that Meta had told other platforms about the video.

On March 2, Ukraine's Center for Strategic Communications and Information Security cautioned people to be aware of deepfake videos created by "machine learning algorithms," saying that it is "almost impossible to distinguish from the real ones." It also asserted that Ukraine would not surrender. On March 3, the Defence Intelligence of Ukraine alerted the public about deepfake technology as well.