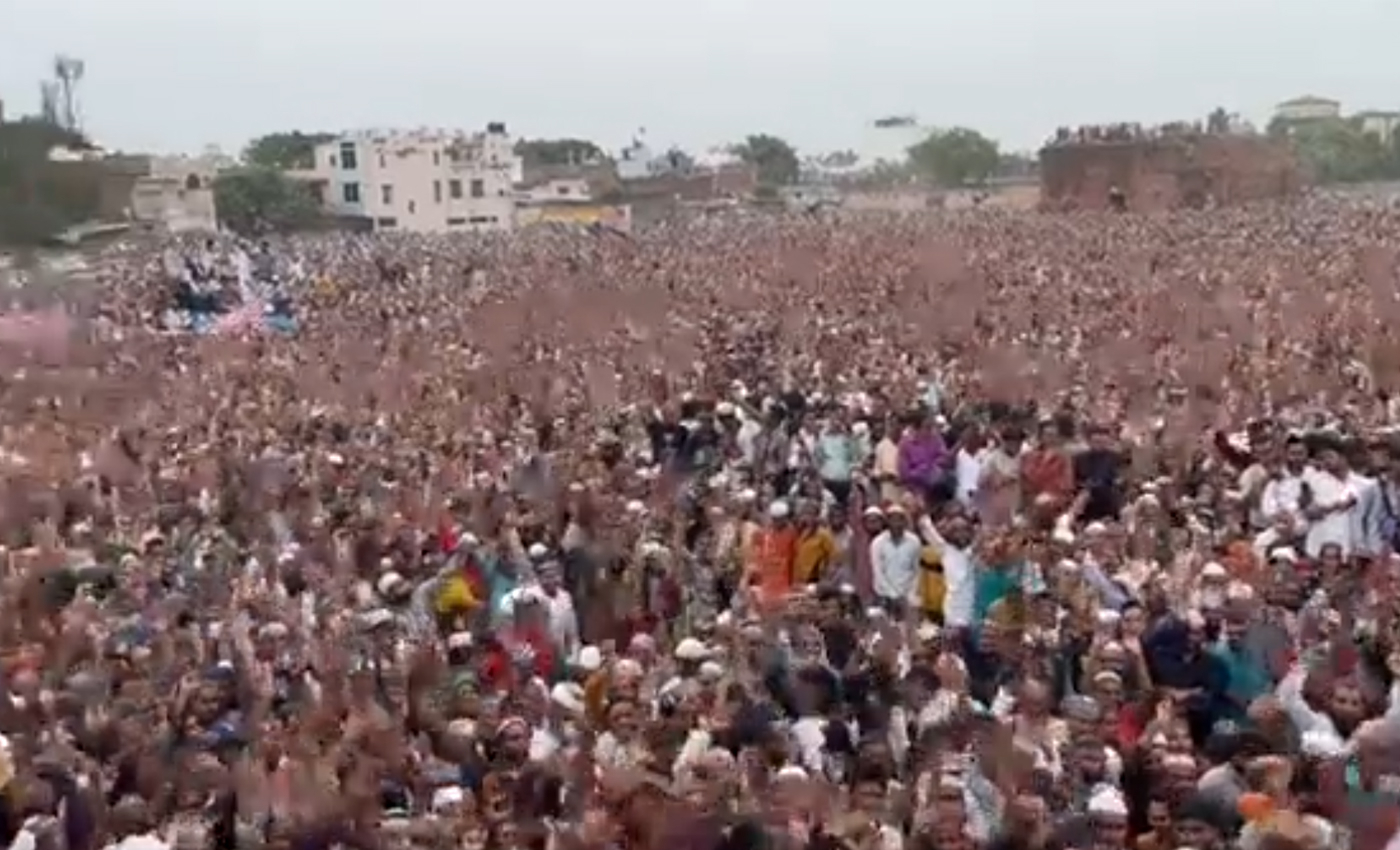 A video of Muslims protesting against Haridwar Dharam Sansad's hate speech in Bareilly on January 2022 has been falsely linked to the Prophet Muhammad row.

Nupur Sharma's remarks on the Prophet Muhammad sparked widespread communal clashes and gave rise to many misleading and false claims on social media. A Twitter user posted a video on June 20, 2022, with the caption, "A massive rally of Muslims today in Bareilly, India demanding the arrest of Ruling Hindu Chauvinist party's spokesperson for her insulting remarks against Prophet." However, this is misleading; the video is from Muslims gathering in protest against the Haridwar Dharma Sansad's hate speech in Bareilly on January 7, 2022.

A reverse image search of a keyframe from the viral video led us to a YouTube video posted by The News Nation. It reports that Muslim Dharm Sansad was held on January 7, 2022. It was called by Maulana Tauqeer Raza, the National President of Ittehad-e-Millat Council, after Hindu Dharm Sansad's statement against Muslims in Haridwar in 2021.

According to the Times of India, after Friday prayers, over 20,000 Muslims gathered at the Islamia College ground in Bareilly on January 7, 2022. They offered themselves as a mass sacrifice in protest of hate speeches made at the Dharma Sansad in Haridwar. Tauqeer Raza Khan's statement, "They want to kill 20 lakh Muslims. We are ready for it. At least 20,000 Muslims here will surrender before the government and are ready to sacrifice their lives for the country's peace and harmony."

The same video was posted by Akhlad Khan, a journalist at the Times of India, with a caption that reads, "Muslim Dharma Sansad was held in Bareilly on January 7 against the genocide call of Muslims raised in Haridwar hate assembly in December 2021." Hence it confirms that the video is from January 7 and is unrelated to the recent Prophet Muhammad row.

NDTV reported that the open calls for genocide against Muslims were made during a Dharma Sansad, which took place in Haridwar, Uttarakhand, from December 17 to December 19, 2021. A religious leader named Yati Narasimhanand hosted the Dharma Sansad. This triggered outrage, condemnation, and several complaints filed against hate commenters.

Thousands of Muslims assembled on January 7 in Uttar Pradesh's Bareilly to protest against the hate speech observed in Haridwar Dharma Sansad. This has been misinterpreted as Muslims holding a massive rally demanding Nupur Sharma's arrest over her remarks about the Prophet Muhammad. Hence we have marked this claim as misleading.