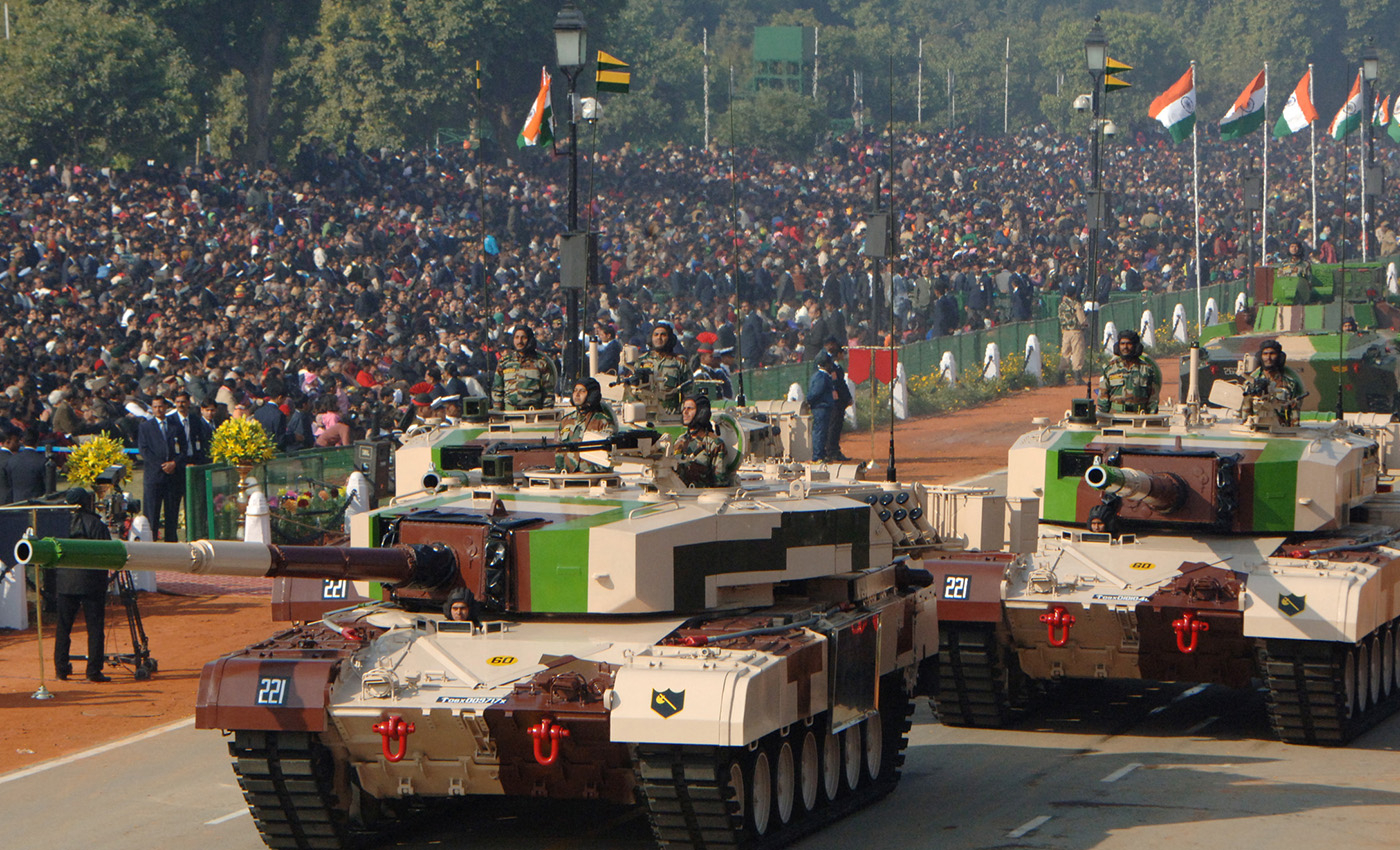 The 'Golden Axe' insignia was in use on the Arjun Main Battle Tank (MBT) even before the Narendra Modi-led NDA government came to power in 2014.

Many social media users shared a post on Twitter stating, "The weapon of God #परशुराम on India's war tank #अर्जुन_टैंक #फरसा shows that the Modi government is engaged in ‘making India Sanatan at every level’. Jai Parashuram." ‘Sanatan’ or ‘Sanatan Dharma’ refers to a ‘specific way of life’ according to the Hindu Dharma. Some people use this term in portraying a ‘Hindu Rashtra’ or ‘Hindu Nation,’ as propagated by Far-Right groups in India. The photographs circulated from the 2022 Republic day parade in Delhi are projected differently to show that the Modi government is ultra national.

Around 45 Arjun Mark 1 (MK 1) battle tanks were formally inducted into the 75 Armoured Regiment of the Indian Army in March 2011. Some of these battle tanks took part in the 2013 Republic day parade. The golden axe insignia can also be seen on India's Main Battle Tank Arjun MK 1 during the 2013 Republic day parade. The picture of an Arjun battle tank with the same golden axe insignia can be found in a Ministry of Defense photo cataloged in the Press Information Bureau's photo archives dated January 26, 2013.

Thus, it is evident that the golden axe insignia belongs to the 12 Infantry Division of the Indian Army and that the battle tanks from this division's 75 Armoured regiment also use the same insignia. The Narendra Modi government did not introduce the golden axe insignia, and it is definitely not a symbol of Sanatan, as some social media users claimed.

China killed 300 Indian personnel in Tawang during the December 09, 2022 clashes.