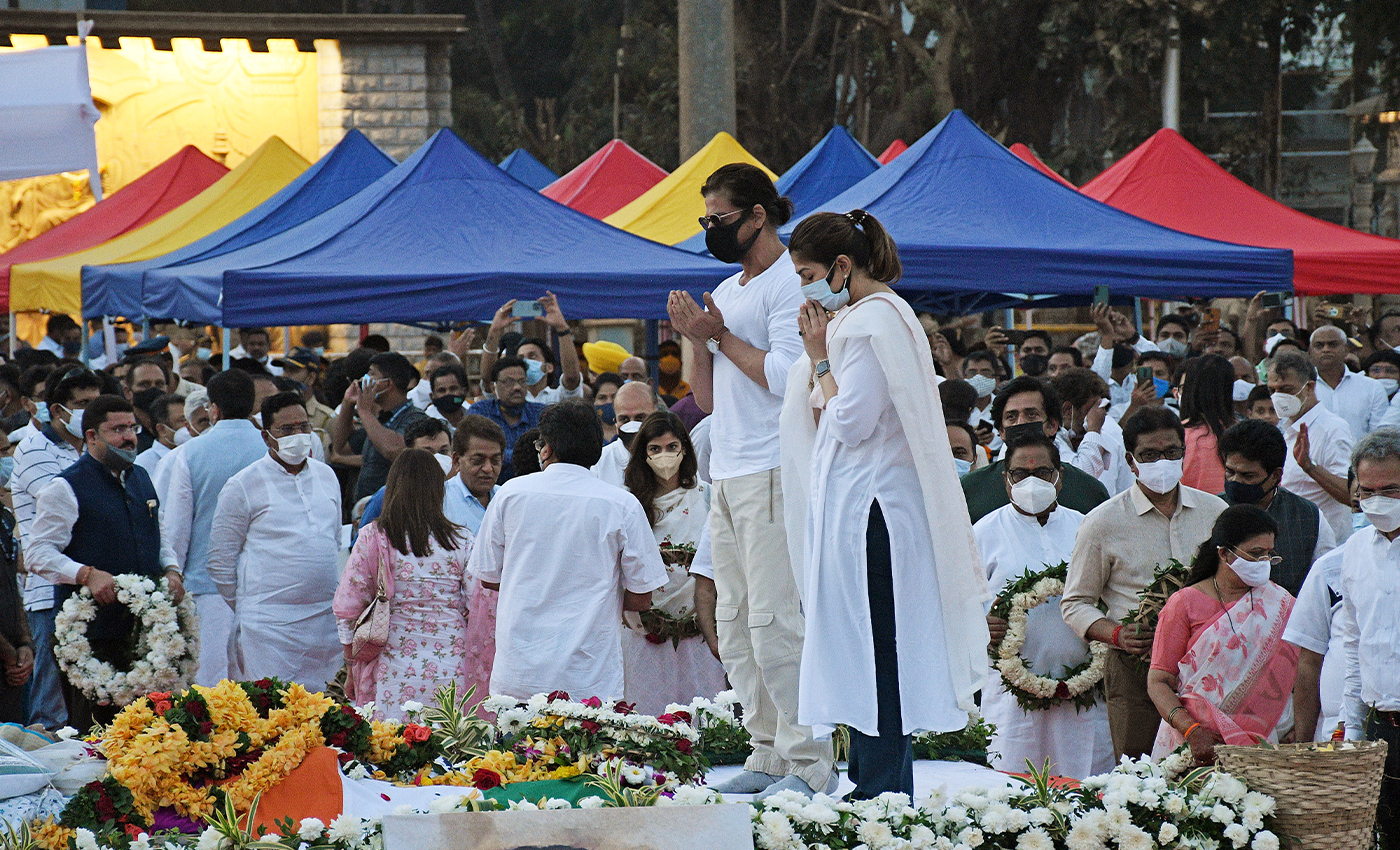 Shah Rukh Khan offered a dua and blew air at Lata Mangeshkar's funeral. This is a common ritual gesture in Islam that was misrepresented as spitting.

On February 6, 2022, Lata Mangeshkar, an Indian singer, passed away at Mumbai's Breach Candy hospital at the age of 92. Mangeshkar's funeral was held in Mumbai's Shivaji Park, where the public gathered to pay their respects.

Shah Rukh Khan, a well-known Bollywood actor, was also present and paid tribute. In a viral video clip of the funeral, Shah Rukh Khan prays, pulls down his mask, and blows air on Lata Mangeshkar's body. Social media users, including those with political affiliations, claimed that Shah Rukh Khan spat on the late singer's body. Social media posts and YouTube videos promoting the claims have received more than a few hundred thousand views and angry comments.

However, this is a false accusation. Shah Rukh Khan did not spit. He blew air over the body. In Islamic tradition, it is a ritual or gesture in which mourners at a funeral recite a dua (an expression of submission of faith to God) and blow air out.

Athar Husain, Director at the Centre for Objective Research and Development in Lucknow, speaking to Logically, said that "Dua would be performed when the person is dead or the person is recovering from a sickbed. After completing the Dua, the person saying dua will blow air over the other person (Phukna or फुंकना). It is believed that when they blow air on the person, the words which are uttered in mind will reach the soul." He also added that it is part of Surah Fatihah, and it is a common gesture followed in Islam. Surah Fatihah is the Quran's first surah, and it includes seven ayahs. It is said in both obligatory and voluntary prayers.

The Sahih al Bukhari, a collection of Hadith (sayings of the Prophet) regarded as one of the most authoritative texts in Islam, describes the tradition. Volume 7, Book 71, Number 631 reads: "During the Prophet's fatal illness, he used to recite the Mu'auwidhat (Surat An-Nas and Surat Al-Falaq) and then blow his breath over his body. When his illness was aggravated, I used to recite those two Suras and blow my breath over him and make him rub his body with his own hand for its blessings."

After the dua, Shah Rukh Khan blows air on Lata Mangeshkar's body and does not spit. Hence, we mark the claim as false.

Rajasthan government banned all religious activities at a temple in Barmer city.