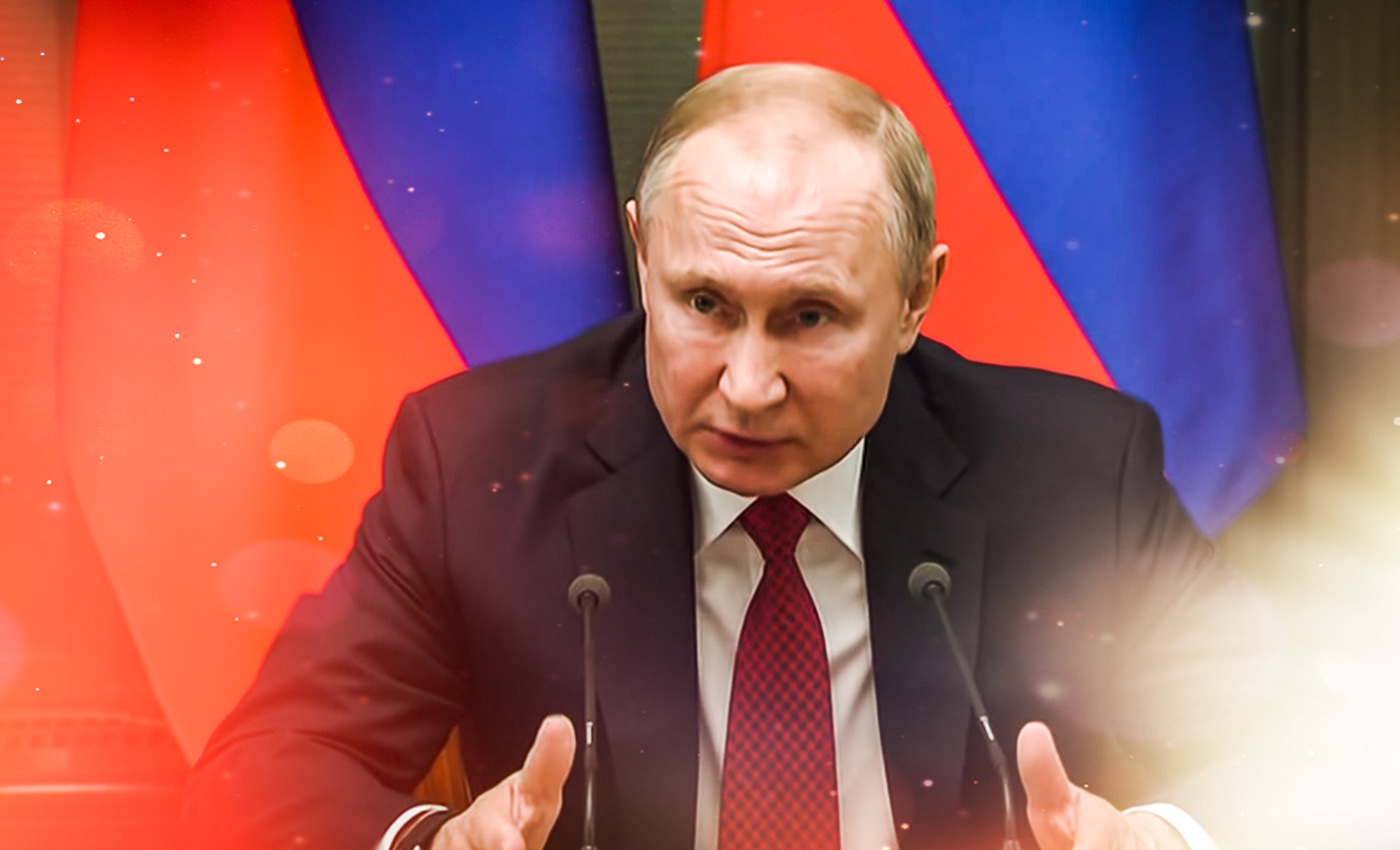 Putin is facing criticism because Russia is invading its neighbor Ukraine. This has nothing to do with the New World Order conspiracy theory.

A post on Facebook claims that the media wants people to hate Russian President Vladimir Putin because of his stance on the New World Order conspiracy theory. The post carries an image of Putin pointing with text that reads: "DO YOU KNOW WHY YOUR MEDIA PROGRAMS YOU TO HATE ME? BECAUSE I TOLD THEM THE NEW WORLD ORDER IS NOT WELCOME IN MY LAND."

This claim is baseless. Putin has been facing massive criticism for invading Ukraine, a European democracy of over 44 million people. The criticism has nothing to do with the New World Order conspiracy theory.

As of February 28, at least 102 Ukrainian civilians have been killed and over 300 injured since Russia started to invade on February 24, Reuters reported. Reuters also quoted U.N. human rights chief Michelle Bachelet stating that "most of these civilians were killed by explosive weapons with a wide impact area, including shelling from heavy artillery and multi-launch rocket systems, and airstrikes."

Adding that the accurate figures of civilian deaths may be considerably higher, Bachelet said that "some 422,000 Ukrainians have fled their homeland, with many more displaced within the country."

According to the BBC, Putin invaded Ukraine after denying for months that he would do so, tearing a peace deal in the process. The BBC article adds, "As the number of dead climbs, Russia's leader stands accused of shattering the peace in Europe."

Putin claims that the reason for his invasion was to "protect people subjected to bullying and genocide" and aim for the "demilitarisation and de-Nazification" of Ukraine. These claims are also baseless.

World leaders have condemned Putin for his "special military operation," with many showing support for Ukraine, as reported by Foreign Policy. Putin said that any country that tries to "interfere" would face an "immediate" response and would face "consequences as you have never before experienced in your history."

The New World Order is a conspiracy theory that states that the world's elite conspires to rule the world through an authoritarian government. According to the Anti-Defamation League (ADL), conspiracists believe that an authoritarian socialist "one-world" conspiracy has already taken over most of the planet and is "planning to eliminate the last bastion of freedom with the help of collaborators within the government."

Some conspiracists further believe that the COVID-19 pandemic and terrorist attacks are repressive measures used by the elite to eliminate or enslave Americans. New World Order conspiracists believe that the "government has set up concentration camps and would declare martial law, possibly on the pretext such as responding to a terror attack." However, there is no basis for this conspiracy theory; it has been debunked several times.

Moreover, there is no link between the New World Order conspiracy theory and the criticism of Putin. Putin is facing criticism for causing destruction and death in Ukraine. Therefore, we have marked this claim as false.