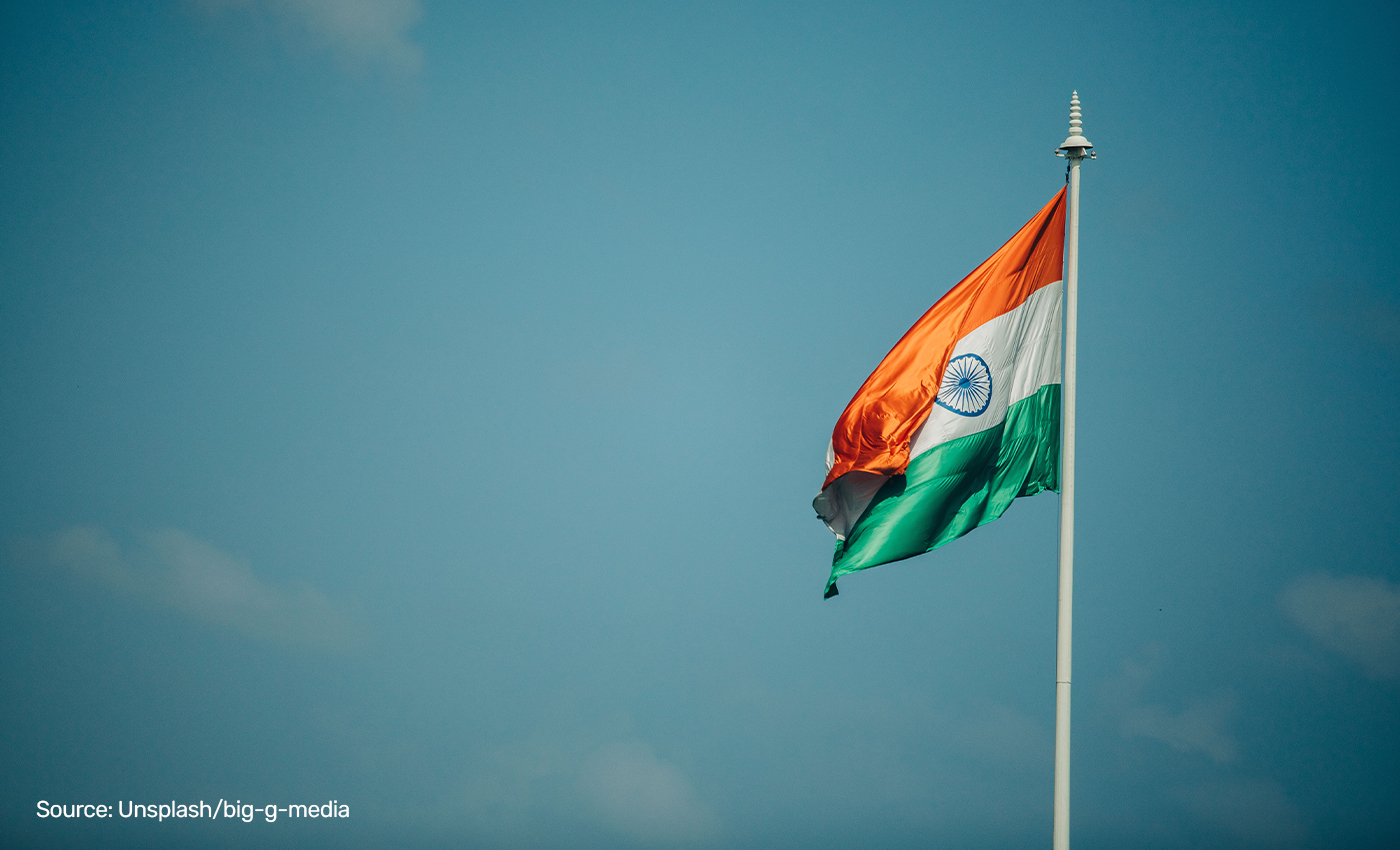 The man who burned the Tricolour is not from RSS but a school teacher from Tamil Nadu. The incident is from 2018.

In light of the 'Har Ghar Tiranga' campaign, aggressively pushed by the Bharatiya Janata Party (BJP) government, various false claims about the Indian National Flag have been surfacing on the internet. One such image shows a man torching the Tricolour. The photo caption claims that the person seen in the video is a member of the right-wing organization Rashtriya Swayamsevak Sangh (RSS)- the parent outfit of the BJP. The picture started circulating days ahead of the country's 76th Independence Day, which was celebrated on August 15, 2022. The post seems to be originally shared by Twitter handle @profapm and has been shared by various popular handles. The text in the photo read, "RSS burning the Indian national flag is ok in New India."

The video in question is from early April 2018. According to a report by India Today, the man in the video, identified as Prabhu, was arrested by the Tamil Nadu Police. A report in Deccan Chronicle identified Prabhu as a teacher in a school in Kumbakonam, Tamil Nadu.

The video went viral on social media in 2018, attracting police action. A Twitter user called @Girishvhp shared Prabhu's photo with the burning flag on April 4, 2018. The caption read, "Meet Mr. M Prabhu, a (an) art teacher at a school in Tamil Nadu. He protests against the government by burning the Indian flag…" The entire video of the incident was also posted by Twitter handle @TNYoungsterTeam on April 1, 2018. In the video, Prabhu said that he was burning the National Flag to protest the government's takeover of the rights of Tamil Nadu over the Cauvery water and denying the rights of the Tamil people. He also spoke about Tamil fisherman issues and blamed the Union government and the state government for not taking steps to help the community. He also raised the issue of Tamil secessionism. Deccan Chronicle reported that Prabhu said, "We should erase the feeling of Indian from our mind. Separate Tamil Nadu is the only solution."

Defacing the Indian national flag is a criminal offense under Section 2 of the Prevention of Insult to the National Honour Act, 1971. Those who are found indulging in such an offense can be punished with imprisonment for a term up to three years, a fine, or both.

The RSS has previously faced heat from several quarters and the Opposition for allegedly disrespecting the National Flag. The opposition parties had alleged that the RSS did not accept the flag till as late as 2002. According to The Quint, the RSS had endorsed the view in 1947 that the Tricolour was "injurious" to India. Previously, Prime Minister Narendra Modi has also been accused of disrespecting the Tricolour. The claim was debunked by Logically.

The viral image is from a 2018 incident when a school teacher burned the flag in Tamil Nadu. The man appears to have nothing to do with the RSS. Hence, we have marked the claim false.