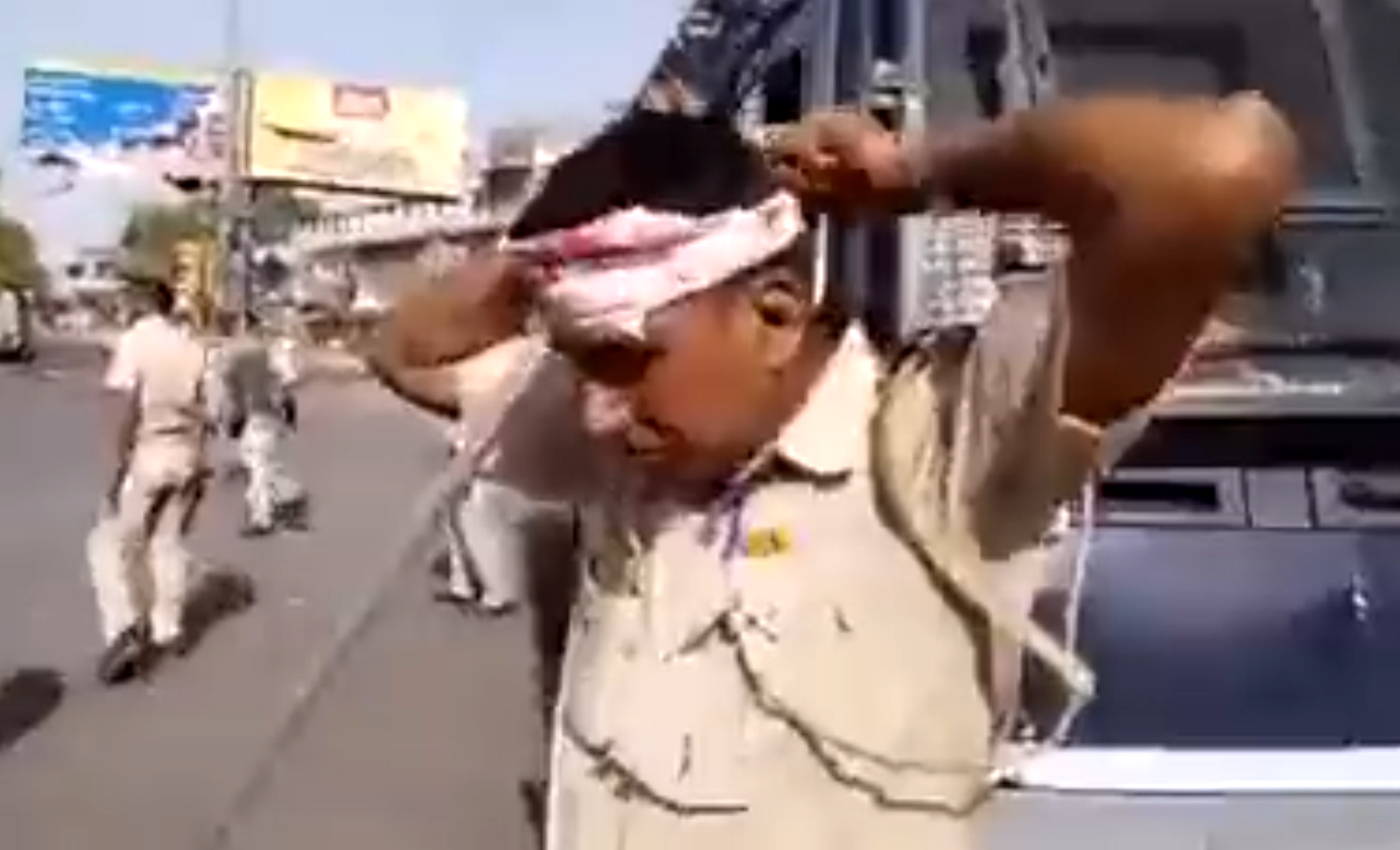 ASI Dhannaram of Jodhpur has filed a First Investigation Report against unidentified persons for injuries sustained during a stone-pelting incident.

Some parts of India have witnessed communal riots during Hindu New Year, Ram Navami, and Ramzan festivals. After such incidences, various fake and misleading videos have circulated on social media. One such video was posted by Crime Report India (@AsianDigest) with the caption, "In Rajasthan, Hindu policeman is caught on camera faking an injury and fueling violence against Muslims. You can see him wearing fake bloodied bandage during the ruckus, and later media reported of him being injured in mob violence". However, this is false. Jodhpur police have clarified that the police officer identified as ASI Dhannaram was injured by stone pelting and underwent medical treatment in Jodhpur. Jodhpur Police tweeted on May 6 that Assistant Sub Inspector Dhannaram had suffered a head injury in the Jalori Gate incident. The tweet included a photograph of the officer placing the bandage on his head at the riot, and later with an injury to his head. He received medical treatment and filed a First Investigation Report (FIR) after the incident at the Sardarpura police station. When conducting a reverse image search of one of the keyframes, we found an ETV Bharat news report that included photos of Assistant Sub Inspector Dhannaram with a head injury. On May 2, clashes erupted between two groups at Jalori Gate area, Jodhpur town, Rajasthan, after a dispute over raising religious flags before Eid. While dispersing the crowd, four police personnel were injured from stone-pelting, Hindustan Times reported. Police added that the incident started around 11:30 pm at Jalori gate, a commercial area in the city center. According to ETV Bharat, after the footage of the police officer tying a blood-stained handkerchief on his forehead spread, social media users began claiming that the media was deliberately spreading false narratives of police suffering injuries. The police department clarified that the viral messages on social media refuting the veracity of the incident were false. The officer had suffered injuries to his forehead during the riots, evidenced in photographs shared by the police department in a tweet. Rajasthan DGP said that "The situation in Jodhpur is under control. Police are taking all possible steps to maintain peace, law, and order. A total of 211 persons have been arrested so far, and out of these, 191 arrested were under section 151 and 20 persons in other cases." The DGP also advised the public not to trust rumors and report any misinformation reports to local police officers as soon as possible, India Today reports.