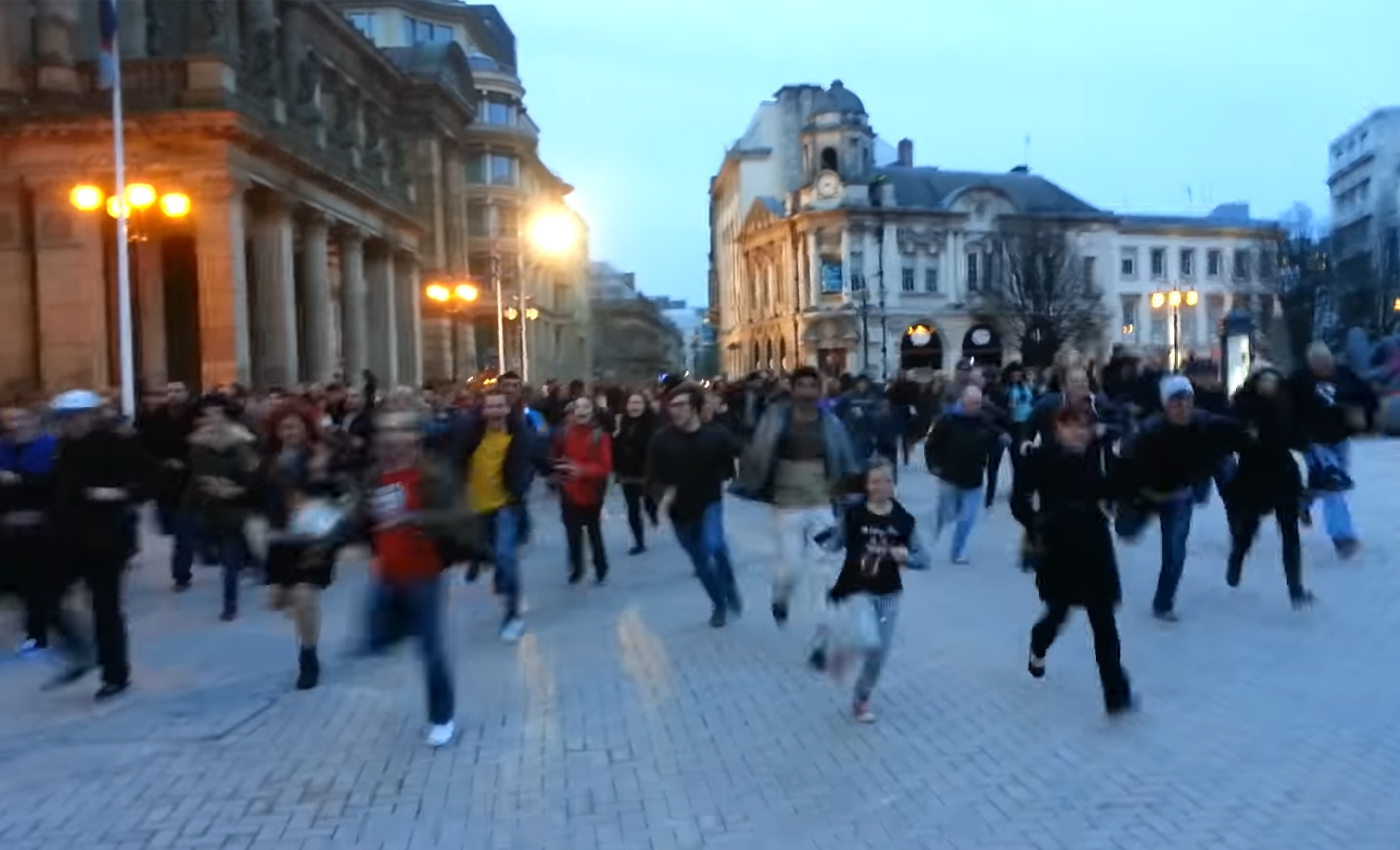 The video is from a film scene shot in Birmingham in 2013. It has been incorrectly attributed to Russia's invasion in Ukraine.

A viral video of a camera crew filming a large group of people screaming and running for their lives with the caption "Helpless Ukrainian people" is making rounds on social media. However, the video has been misattributed. On conducting a reverse image search, we found the same video on YouTube dated April 8, 2013, with the description that said, "Filming running crowd scene in Birmingham City center for sci-fi feature film Invasion Planet Earth (2019) Dir Simon Cox." The buildings in the video confirm that it was filmed at Birmingham's Victoria Square. On February 27, 2022, after this video was misattributed, movie director Simon Cox clarified in a tweet that the video was from his independent sci-fi film Invasion Planet Earth, shot in Birmingham in the U.K. An article by Birmingham Mail published in February 2014 also reported that the science fiction film was shot in Birmingham city center.