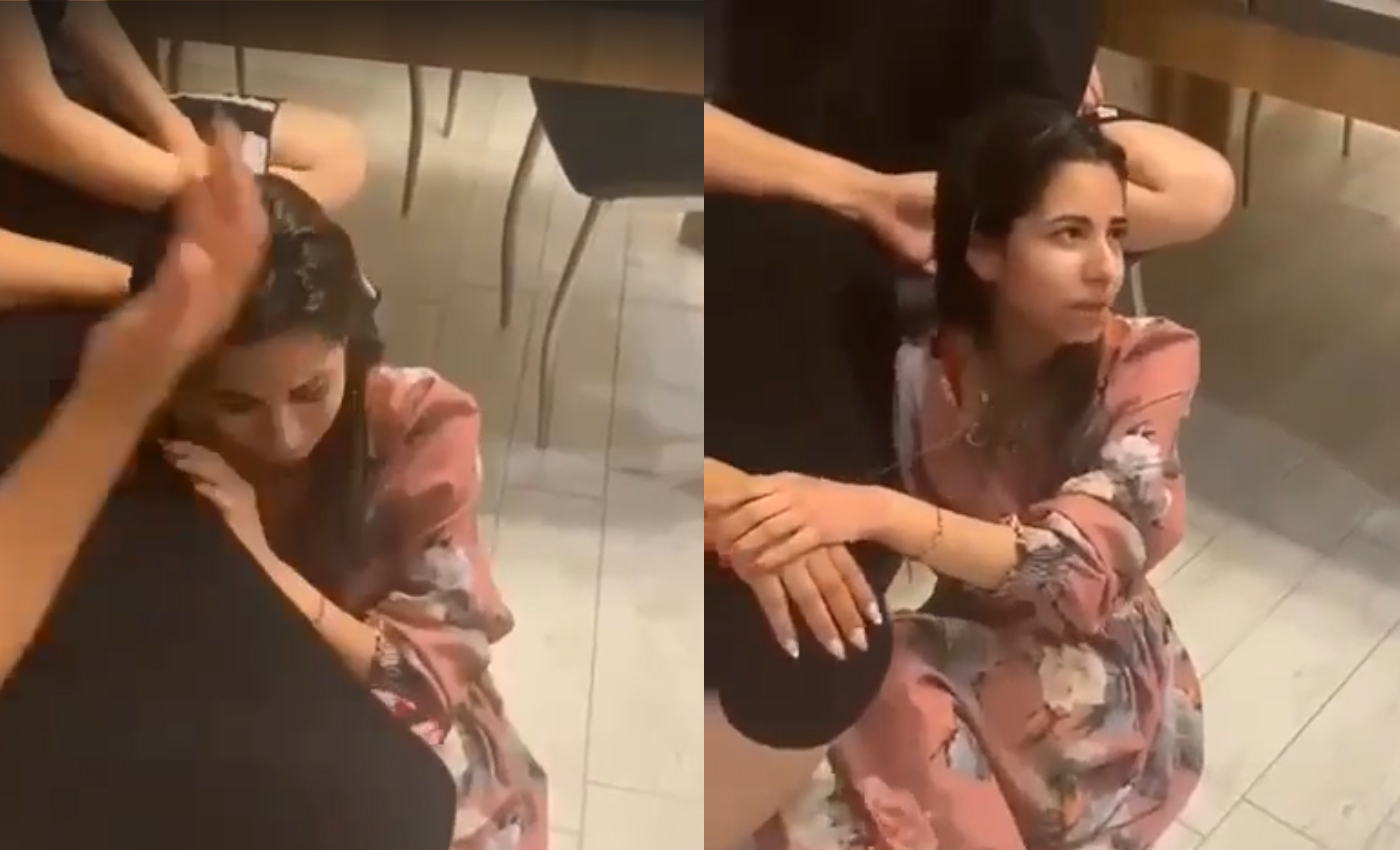 A woman was beaten by her family in Russia for having a relationship with a Ukrainian man. There is no proof of an Islamophobic motive.

A 2021 video from Krasnodar, Russia, has been circulated with a false caption on social media. The caption falsely claims that a Muslim woman was beaten for having a relationship with a non-Muslim man in the U.S. However, the video is old and is not from the U.S.

We conducted a reverse image search on the keyframes from the video, which led us to the article on the "life.ru" website, a Russian publication. The website article stated that a Russian woman met a man from Ukraine on the internet and fell in love. It added that the woman wanted to elope with him, but she could not carry out her plans. It also mentioned that her relatives brought her back home and beat her and that her friends stood up for her and got the video circulated.

We also found some information on the Russian social media VK. On the police's ombudsman VK account, there was a post regarding the video published on July 5, 2021. The post said that the fight took place in Krasnodar and happened because the woman wanted to run away with a Ukrainian man.

The post also claims that once her family learned of this, the brother of the woman beat her. A phone camera was used to record the beating.

The same video was found with the same description on the VK account called "REBORN" and on a Twitter account named Alex Russian (@alexflex777) in July 2021.

This confirms the video is old. There is no proof of an Islamophobic motive. There are no reports that mention the woman's name nor the names of the family members.

The viral video is from 2021 and not from the U.S. Hence we marked the claim as false.