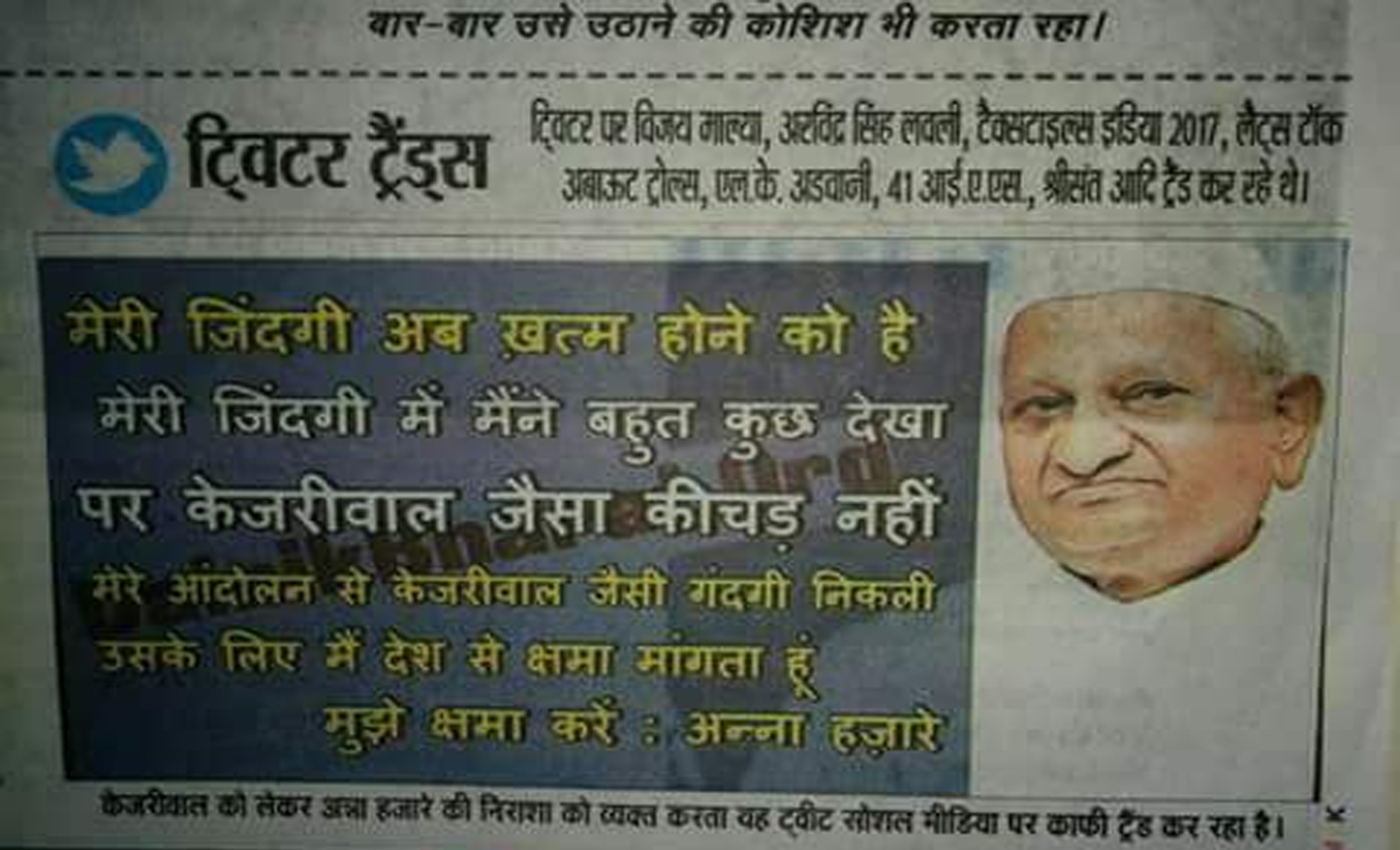 Anna Hazare does not have an official Twitter account. Hazare’s statements about Arvind Kejriwal have been misinterpreted.

Social activist Anna Hazare is well known for his social activism, from holding hunger strikes to protest against government issues, to pressuring the Indian government to enact an anti-corruption law. Recently, an image of a newspaper cutting featuring one of Hazare's purported tweets has gone viral on social media. The tweet reads in Hindi, "my life is coming to an end; I have seen a lot in my life, but not dirt like Arvind Kejriwal...." Kejriwal is the Chief Minister of Delhi. This supposed tweet has led to claims that Hazare called Kejriwal "dirt." However, this allegation is false: Anna Hazare does not have an official account on Twitter, and the newspaper cutting does not appear to be authentic.

On December 5, 2016, news anchor Anuraag Muskaan tweeted a clip of a response from Hazare to the question of whether Kejriwal had fulfilled any expectations he may have had. Hazare says in Hindi that the question can be directed to Kejriwal as he does not want to get involved. A literal translation of his exclamation in Hindi is "why get into the dirt, only speak about good things.” In February 2022, Parvesh Sahib Singh, a BJP politician, also retweeted the video.

In 2012, The Hindu reported Hazare had expressed that "politics is not sacred and it is full of dirt" during a meeting with activists to discuss the next course of action for the political anti-corruption movement. The article adds that Hazare pointed out to Kejriwal in a blog that the "anti-corruption group split due to "politics" within and not because of any attempts by the government."

The newspaper cutting from the tweet has been used to push the false claim many times since 2016. As mentioned above, there are incidents where Hazare has commented against Kejriwal, but from the reports, it is clear that Hazare did not tweet or call Kejriwal "dirt." Therefore, the allegation is false.