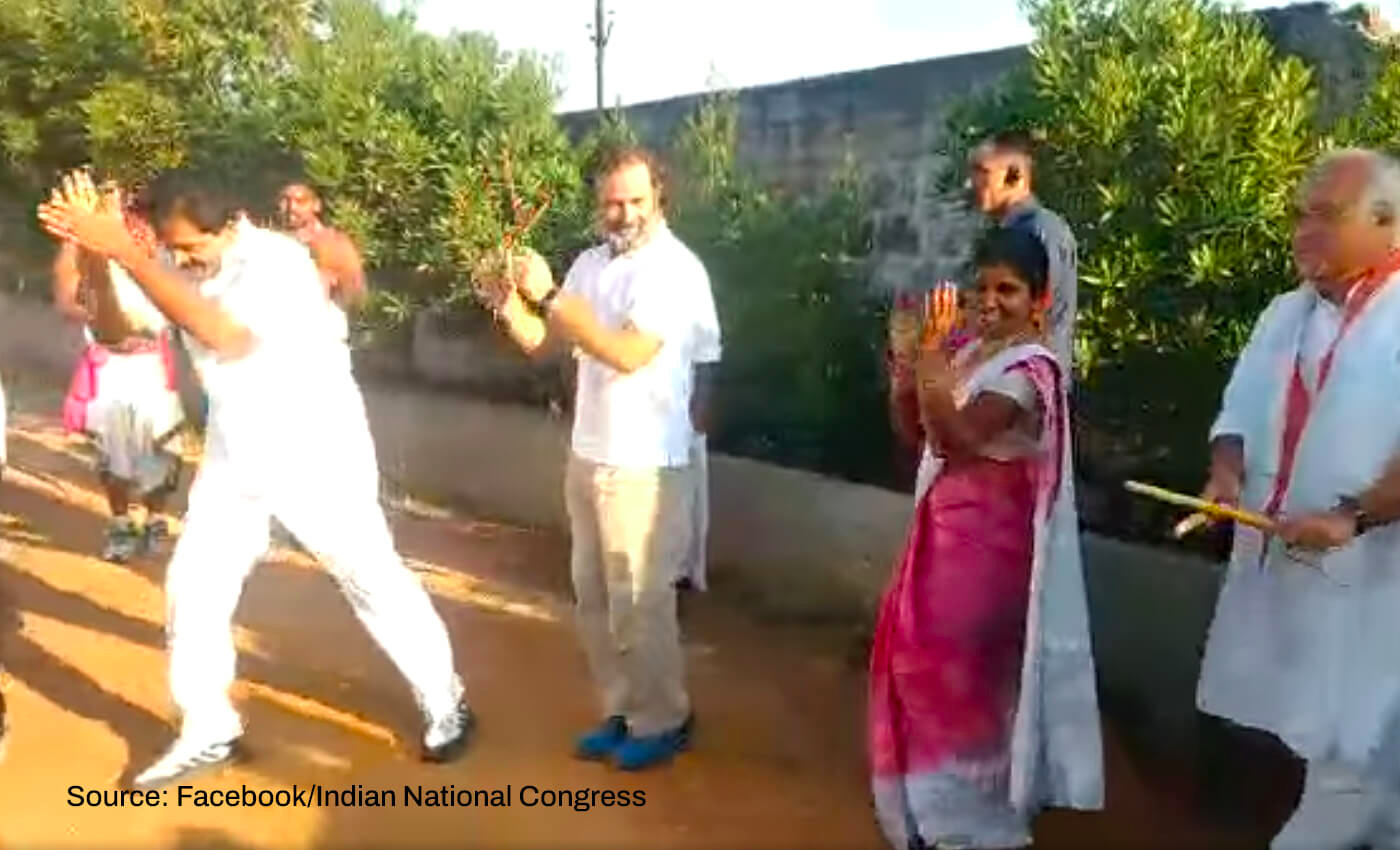 The video shows the Congress leader dancing with Telangana locals on the morning of the Morbi bridge incident, not after the collapse.

One hundred thirty-five people lost their lives when the Morbi bridge in Gujarat collapsed on October 30 at 6 pm. Many have suffered injuries and are undergoing treatment in the hospital. Two days after the tragic incident, a video on Twitter claimed that Congress leader Rahul Gandhi was seen dancing even after the fateful accident. The short viral clip shows Gandhi dancing with a group of people. Part of the video caption in the tweet reads, "Man who wants to be PM & is currently on a so called Bharat Jodo Yatra is busy having fun & dancing in the aftermath of #MorbiBridgeCollapse..." However, this assertion is incorrect.

We conducted a reverse image search and found that the original video was initially shared on the Indian National Congress Facebook page on October 30 at 8:47 am. The video caption reads, "Remember to celebrate milestones as you prepare for the road ahead. - Nelson Mandela #BharatJodoYatra.”

Congress leader Rahul Gandhi traveled the length and breadth of the country as a part of Congress' new "Bharat Jodo Yatra" campaign. Gandhi started his walk on September 7 from Kanyakumari, Tamilnadu. He completed the marathon walk in Tamil Nadu, Kerala, Karnataka, and Andhra Pradesh. He recently reached Telangana and is meeting people, walking across the state.

During the foot march, Rahul Gandhi danced with the tribal artists performing the traditional dance form "Bathukamma," NDTV reported. The viral video shows the leader dancing with these locals on the morning of October 30. The bridge in Morbi collapsed on the same day in the evening at 6 pm. It proves that the video in question does not show Rahul Gandhi dancing after the tragic incident took place in Gujarat.

Although the viral video of Congress leader Rahul Gandhi dancing with locals in Telangana is from the same day as the Morbi bridge collapse, it was recorded hours before the Gujarat incident. Social media users have shared it with an incorrect context. Hence, we have marked this claim as false.