A deer with a frozen face was rescued by two walkers during the harsh winter conditions in North America. 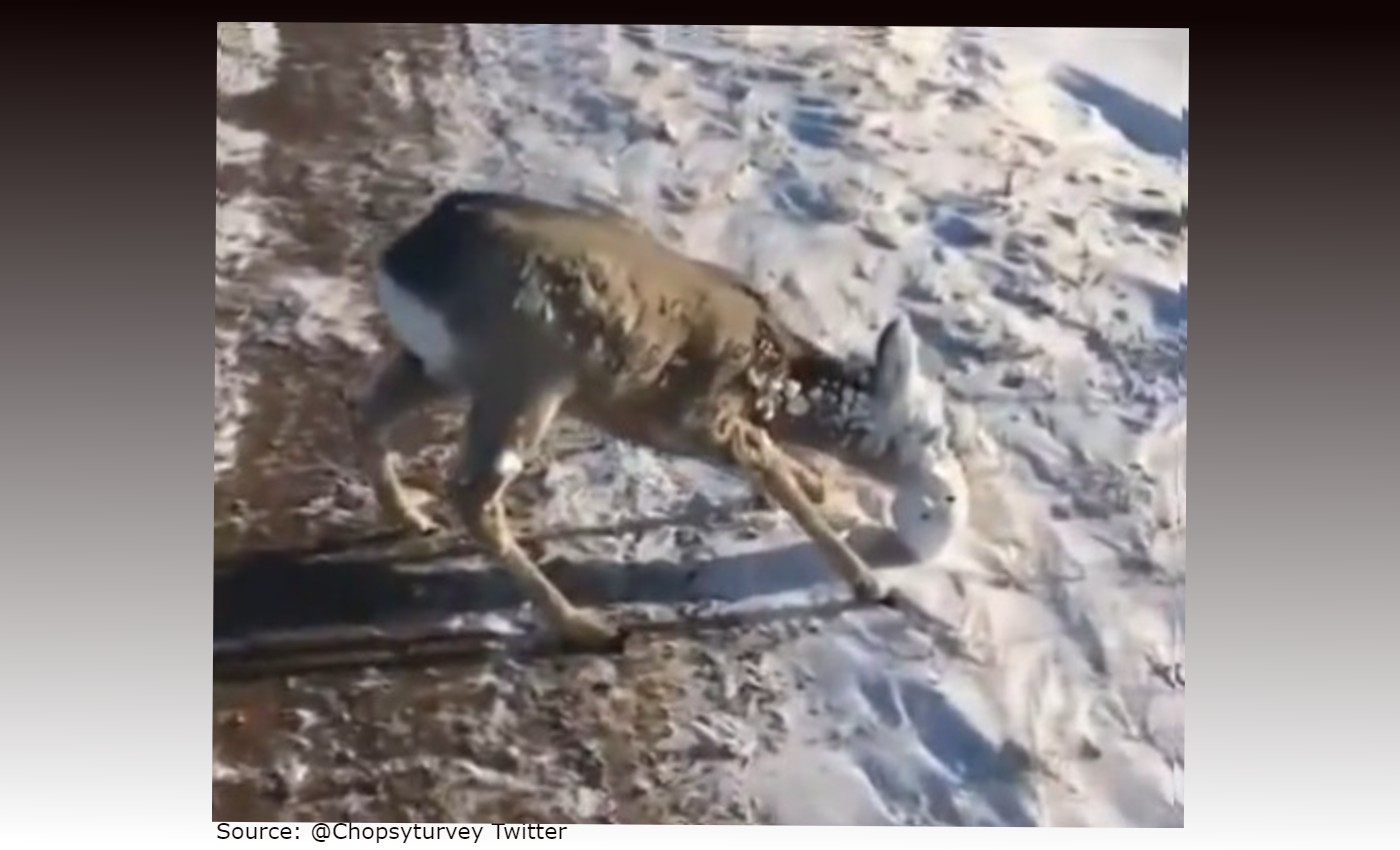 An old video clip taken in Kazakhstan in 2021 has been shared to be from the recent winter storms in North America.

Several parts of Canada and the U.S. witnessed massive snow storms in late December 2022, resulting in over 60 deaths. The extreme weather caused widespread disruption, affecting power lines and transport. During the storms a video clip was shared on social media showing two men rescuing a deer whose face was visibly frozen due to the icy conditions.

The caption read, "This extreme cold weather across many parts of the USA & Canada has been extremely harsh for People & Wildlife. This crazy footage shows two walkers who spotted a Deer with its mouth, eyes & ears completely frozen over rescuing it. Brilliant effort to help. Stay safe all !!" The same video and caption were shared on Twitter, Facebook, Reddit, and TikTok, and was reported on by DNA India. The caption implied that the incident occurred somewhere in North America. However, this is incorrect.

Upon conducting keyword searches on the incident, we came across several YouTube videos, including a longer version of the now viral clip. The same video was shared by the Turkish news network TRT World on YouTube on March 7, 2021. The description of this video read, "Here is how locals rescued a roe deer in Kazakhstan after its whole face was encased in thick ice."

By further conducting keyword searches, including words like "Kazakh" and "Kazakhstan," we came across numerous videos on the incident dating back to March 2021. One such video shared on YouTube by Press TV reported that two Kazakhstan residents, Abylaikhan Kuandyk and Nurzhan Makayev, found the roe deer on the road on February 25. Press TV credited this information to Nurjan Makaev of the Russian state-owned video news agency Ruptly.

By searching the names of the two Kazakh residents, we found an article by KST News containing a photo of the two brothers and an interview. This report, dated March 3, 2021, confirmed the incident occurred on February 25 that year in Kazakhstan. Thus, it is evident that this is an old video that is being shared with false context.

This clip was originally filmed in Kazakhstan in 2021, when two brothers noticed a deer in terrible condition in the snowy climate and tried to help it. The incident did not occur in the U.S. during the 2022 snowstorms, therefore we have marked this claim as false.