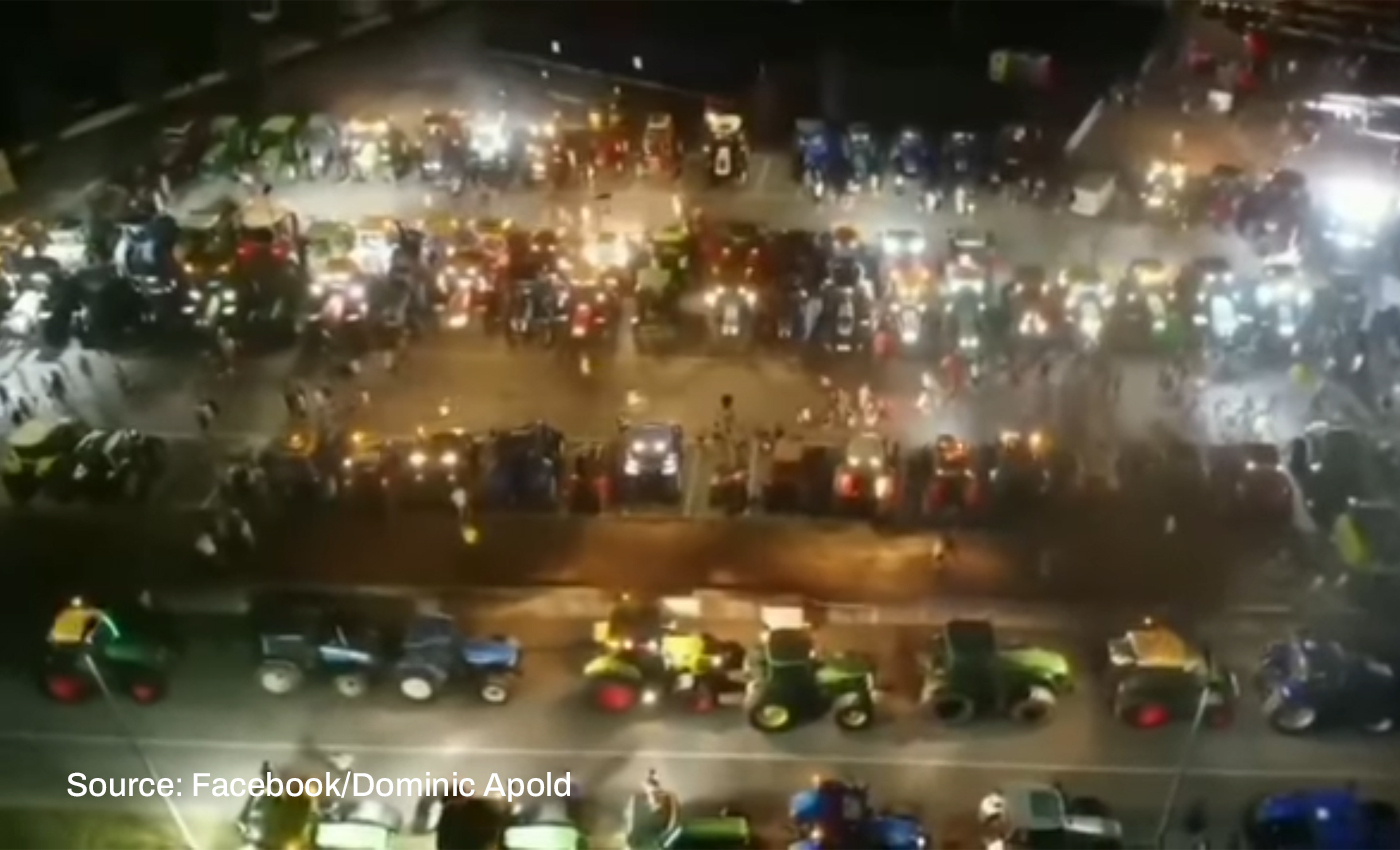 The video depicts Tractor Beer Fest, held in Villafranca Piemonte on July 23, 2022. This event was unrelated to any farmers' demonstrations.

Dutch farmers are protesting a planned government regulation to reduce 50 percent nitrogen oxide and ammonia emissions by 2030. According to BBC News, as a part of the protests in the Netherlands, hay bales were set on fire, manure was thrown on public roads, blockades were formed at supermarket distribution centers, and demonstrators gathered in front of elected officials' homes.

These protests have inspired similar protests in other parts of Europe. In the context of the abovementioned event, some Facebook posts that include a video claiming to show Italian farmers' protests have been widely shared. In this 12 seconds video, tractors are seen parked together and honking both during the day and at night. One such post including the video was captioned, ''Italian Farmers mobilizing to join the Dutch. Fakestream media pretends it's not happening.'' This is false.

The viral video doesn't depict an Italian farmers' protest. The video is about a beer festival in the Italian town of Villafranca Piemonte, approximately 35 kilometers south of Turin. The festival was held on July 23, 2022, and is unrelated to the most recent farmer demonstrations.

Villafranca Piemonte Proloco, the event's organizer, posted a video of the events on Facebook. The visuals in this video, between 0:32–0:38 and 2:14–2:21 seconds, are exact as those in the shared 12-second viral video. On the Municipality of Villafranca Piemonte's website, we found a news release stating that the festival was held ''under the patronage of the Municipality, in collaboration with the Pro Loco and the Municipal Group of Civil protection.'' (translated from Italian) Italian fact checking site Facta reported on this falsely attributed video as well as it spread across both Italian and English language social media.

There were several groups of farmers protesting in Italy during the month of July, but none of them had links to the Dutch farmer’s protests. On July 6, farmers in Lamezia, which is in the southern Italian region of Calabria, staged a one-day demonstration against the central government to protest rising costs associated with maintaining their businesses, including diesel fuel.

Farmers drove tractors into Milan to stage a one-day demonstration on July 14 to protest “the very serious state of crisis in which national animal husbandry has been suffering for some time, and to protest against the management of milk quotas and above all against the fines that followed.”

Since the Dutch farmers' demonstrations began, false and misleading information regarding the protests has frequently been shared on social media. Previously, Logically debunked a claim that Dutch farmers had purchased a tank for their demonstrations. Our fact-check found that the video circulated to back up this assertion showed a restored antique tank used for displays. There is no evidence that farmers purchased or deployed military tanks in their demonstrations.

While there have been some italian farmers protesting, these protests were one-day affairs in July. They were specifically about Italian government policies and were unrelated to the Dutch farmer’s protests.

The viral video was unrelated to the protests. It shows the "Tractor Beer Fest" on July 23, which was organized with the support of the Municipality of Villafranca Piemonte in Italy. Hence we have marked the claim as false.

The Municipality of Villafranca Piemonte