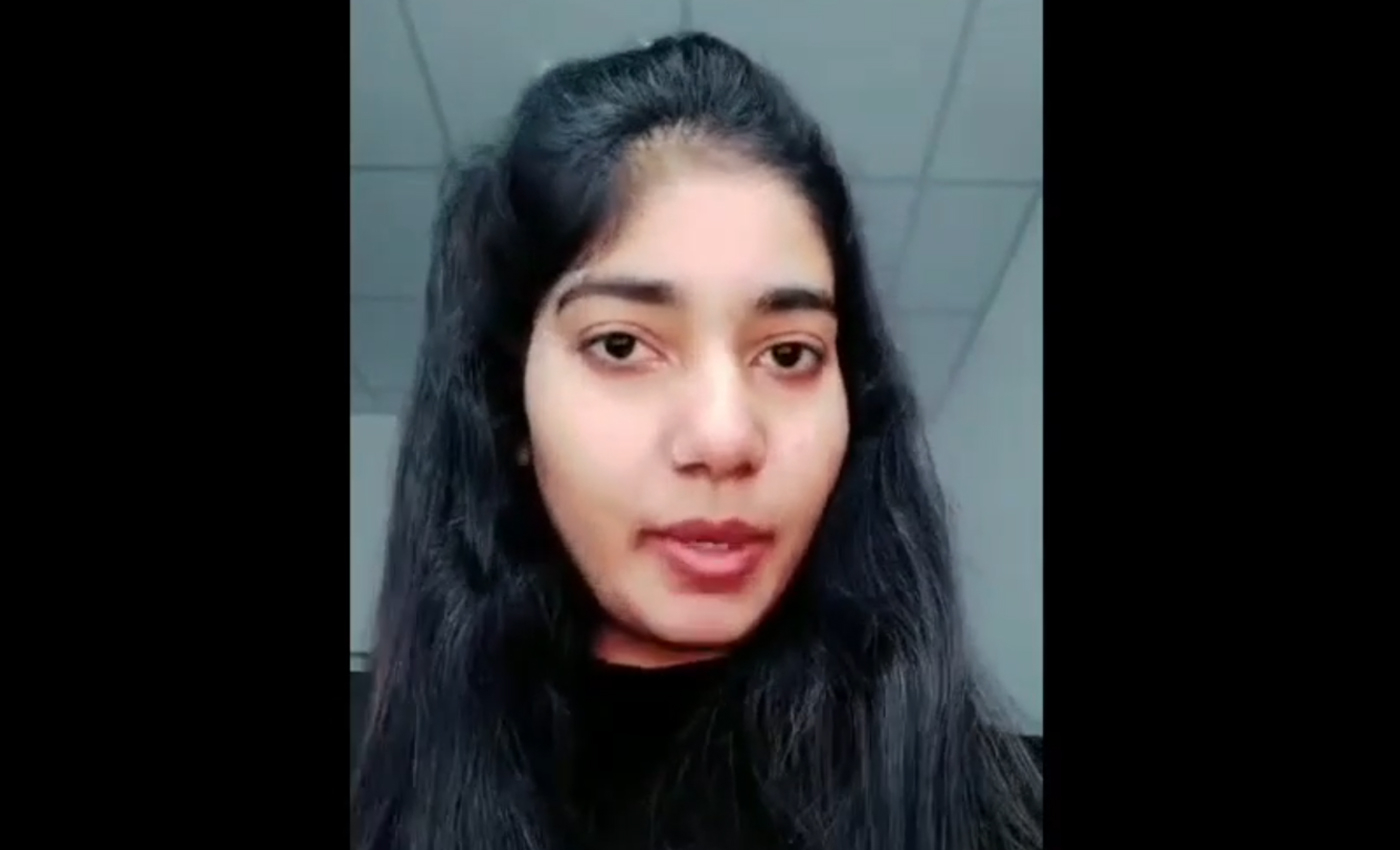 The police have not arrested Vaishali Yadav, and she has crossed over into Romania from Ukraine following the Russian invasion.

Since Russia started its invasion of Ukraine, many videos and photos from the Indian nationals stuck in Ukraine are doing rounds on social media, asking the Indian government for safe evacuation. Many of them claim to be living in inhabitable conditions inside a bunker for days without proper food.

Amid all this, a video of a female medical student is being shared widely, where she is appealing to the Indian government for help. She stated that she is stranded in Ukraine and studying at the National Medical University in Kyiv. The caption claims the woman faked her location and made a video from a local spot in Uttar Pradesh to defame the Bharatiya Janata Party (BJP) government.

The video clipping was also shared by a few BJP leaders who claimed that the woman is Vaishali Yadav, who uploaded a fake video at the behest of her father, Mahendra Yadav, a member of the Samajwadi Party (SP) in election-bound Uttar Pradesh (U.P.). The social media post further alleges that the U.P. police have detained her for pretending to be stranded in Ukraine. However, the video's claim that U.P. police apprehended the girl is false.

In a video on Facebook, Hardoi Superintendent of Police Rajesh Dwivedi refuted all the claims about Vishali's arrest. The police official said that she was safely evacuated from Ukraine and was in a Romanian shelter home. He asserted that Vaishali was not detained or apprehended by the police.

Furthermore, Alt News also debunked this claim, and they published a statement from Vaishali Yadav stating, "Leaders of opposition parties can do anything to defame my father and SP. I am happy that all these claims have been proved to be wrong, and I am going back home safely and with dignity."

Additionally, Vaishali released another video claiming that she is in Romania, clarifying the allegations using her previous video asking for help were false and urged the public not to make it a political issue. State elections are ongoing in Uttar Pradesh in seven different phases, and polling is set to close on March 7, 2022.