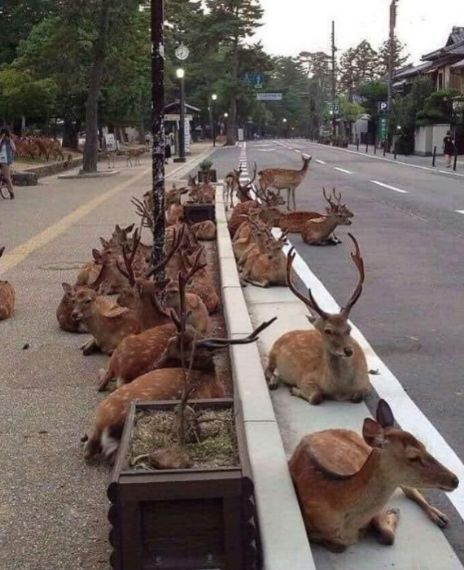 This image is from 2014's video captured at Japan's Nara region which is falsely attributed to the news saying that deers are lounging on Ooty road.

An image showing a herd of deer lounging on an empty road is being widely circulated on social media claiming that it is from the Ooty-Coimbatore highway stretch in Tamil Nadu.

Upon conducting a reverse image search, it was found that the picture of the deer was originally from a video uploaded on YouTube by 'BLUEBELLS9999' on 17 July 2014, with the caption '2014 Summer Horde of deer occupying the road at Nara park'.

Similarly, Japan Today on 28 July 2014 reported that the first thing most people think of when they hear Nara is deer since over 1,000 of the animals live inside Nara Park. It is mentioned that even with roughly 500 hectares of space to run around in, sometimes the deer like to stray outside the park's boundaries, such as they do each July when they occupy this sidewalk and stretch of road.

Putin stated that Russians had the option to either stay at home for 15 days or to land in jail for 5 years due to the coronavirus outbreak.