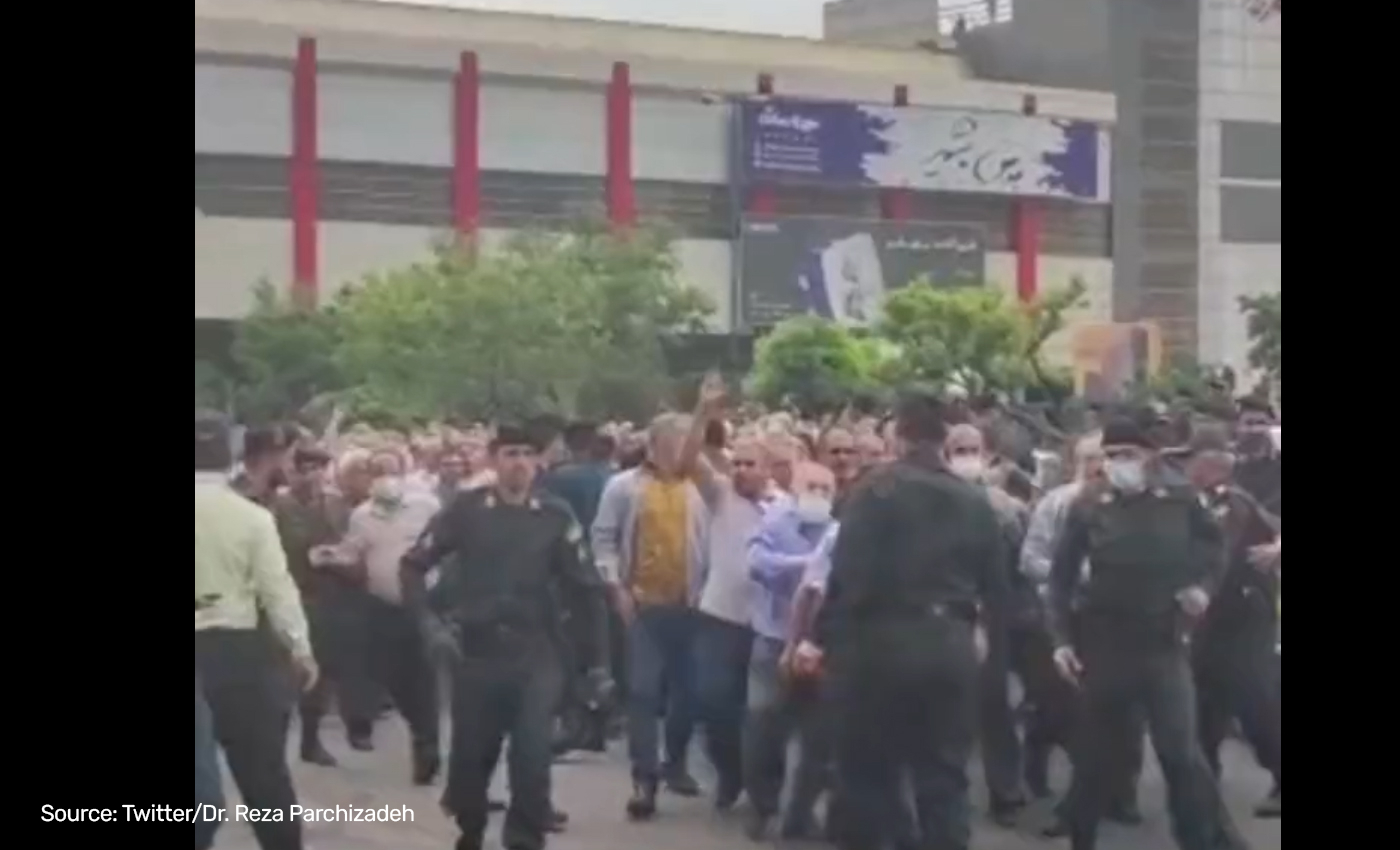 Video of Iran's pensioners' demonstration in June 2022 has been falsely attributed to the ongoing anti-hijab protests in Iran.

Massive anti-government protests in Iran have spread to several cities across the country in the past weeks leaving many people dead and injured, following the death of a 22-year-old woman, Mahsa Amini, who was in police custody.

According to The New York Times, Mahsa Amini was arrested recently in Tehran for allegedly breaking the strict hijab rules. After alleged abuse by the authorities, she slipped into a coma for many days before passing away in custody on September 16, 2022. Protests broke out across Iran shortly after this. Videos and photos surfaced on social media showing women taking center stage in the protest, cutting their hair, burning headscarves in public, clashing with the police, and demanding the dictator's death. Iranian President Ebrahim Raisi called for an investigation into Mahsa's death.

Many misleading and false narratives about the Anti-Hijab protest were doing the rounds on social media. One such video on Twitter was captioned, "Video shows Iranian security officers side with the protesters in Tabriz, North Iran, earlier today." The video shows many men raising slogans in front of the office building and marching ahead with raised fists accompanied by securities.

The video is old and unrelated to Iran's current situation.

A reverse image search of a frame of the video led us to a post shared by the Twitter account of Al-Arabiya Farsi, a news information site from Dubai. The post shared the same viral video dated June 6, 2022, with the caption translated from Arabic to English, "The people of Iran, continued demonstrations against the economic collapse and the inefficiency of the political system ruling the country. The pensioners of Tabriz were accompanied by other grades of the people, which led to the formation of security forces and special units."

On June 7, 2022, the Twitter account of Iran media outlet Kayhan Life also posted the same video. It stated that retirees and pensioners force their way through police barriers while chanting "Down with President Raissi" in Tabriz.

Reuters reported about pensioners protesting against soaring living costs in Iran on June 6. It cited the Fars news agency and social media. According to Reuters, The Ministry of Labour, Welfare and Social Security increased pensions by 57.4 percent to 55.8 million Iranian rials ($177) monthly on June 5, 2022. The next day thousands of retirees gathered to protest across the country. The public in Qazvin, Shiraz, Shushtar, and other cities were shouting slogans against the government and President Ebrahim Raisi's economic management. Demonstrators shouted slogans like, "our expenses are in dollars, our income in rials" in the northwestern city of Tabriz. It also mentions that police escorted the protestors from the site.

A three-month-old video of police escorting the retirees during the protest against low living costs was misattributed as Iranian security officers supporting the anti-hijab protesters in Tabriz in 2022. Hence we have marked this claim as false.