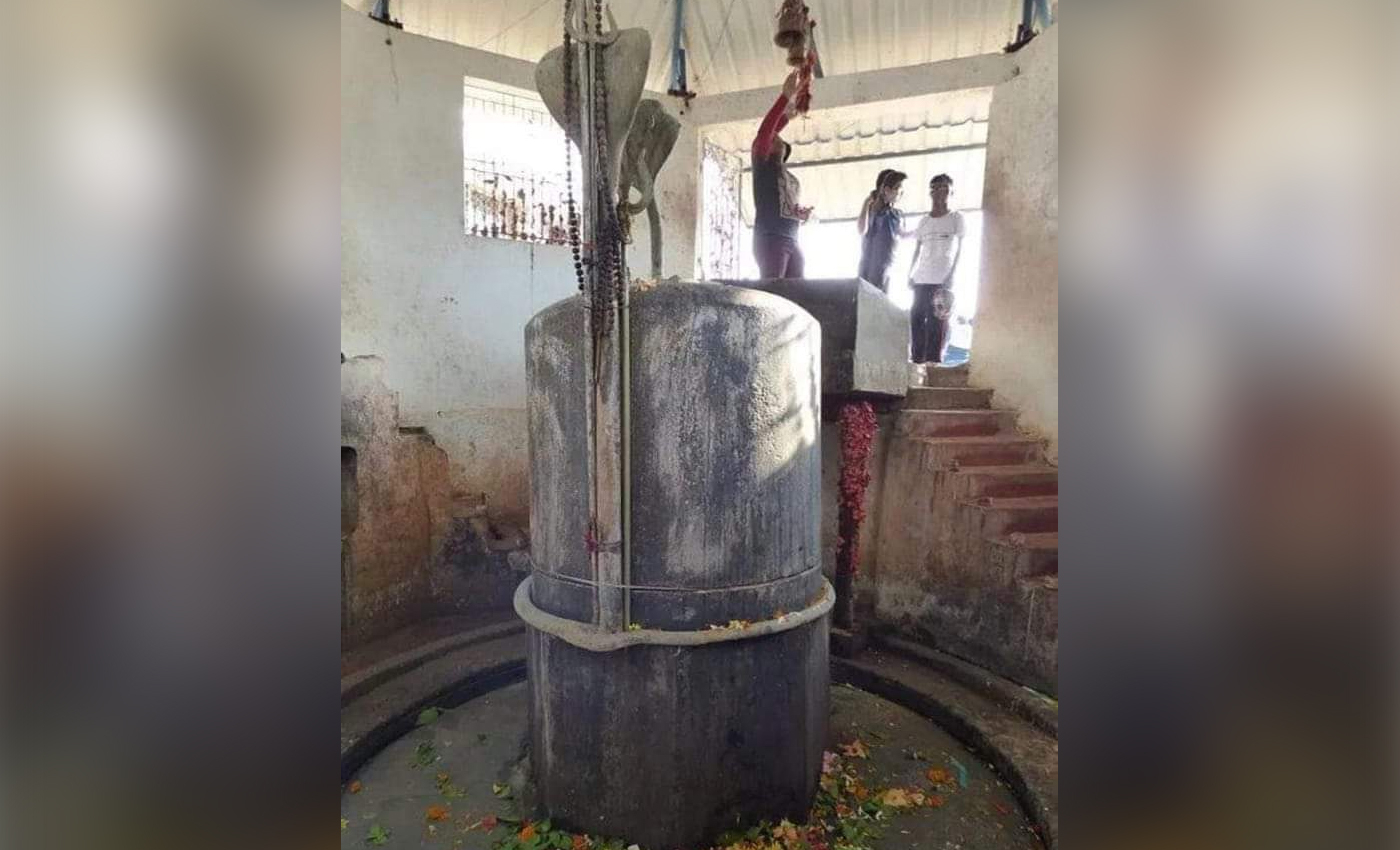 This image is from the Baba Bhusandeswar temple in Baleswar or Balasore district in Odisha, not from the Gyanvapi Mosque in Varanasi.

Context: In the backdrop of the ongoing row over Kashivishwanath temple and Gyanvapi Mosque, various photographs of Shivlings have circulated on social media linked to the Gyanvapi Mosque. One such post on Twitter shared a photo of a Shivling, claiming it was of the idol found in the Gyanvapi Mosque. However, this is false. The image of a 12-foot-long Shivling from Busandeswar temple has been misattributed to being a Shivling found in Varanasi's Gyanvapi Mosque. In fact: There are numerous other examples of images of the Shivling idol in Bhusandeswar Temple on multiple websites. Odisha Tour's company site posted a similar image with the caption, "Bhusandeswar Temple in Baleswar district is famous for the largest Shiva Lingam in Asia made of Black Granite," confirming the image is from Odisha, not from Varanasi. Additionally, through a reverse image search, we found a video uploaded to Sanket TV on March 5, 2019, which depicts the same viral Shivling idol with the caption "Odisha: Famous 12 feet long Shiva Linga at Bhusandeswar Temple." According to Odisha's Fakir Mohan Medical College and Hospital website, the Shivling at Baba Bhusandeswar Temple is one of the largest in the world. The temple is located in Bhograi village, Balasore district, Odisha, about 100 kilometers from Balasore. The lingam is 12 feet long and 14 feet wide, carved out of black granite, and only half of it is visible. The other half has been buried for many years. According to Live Law, in Varanasi, the Gyanvapi Mosque is located next to the Kashi Vishwanath temple. A petition was filed in the Varanasi local court in August 2021, requesting daily darshan and pooja (worship) at Maa Shringar Gauri Sthal in the Kashi Vishwanath-Gyanvapi complex. In April 2022, the court ordered an inspection and videography survey of the Maa Shringar Gauri Sthal. The inspection team discovered a Shivling during their videography survey. After that, the local court ordered that the area be sealed, and no one was permitted to enter the sealed area. Mosque management dismissed the report and claimed it was a fountain in Wazukhana where people used to wash their legs and hands before prayer. Furthermore, the petition challenging the survey ordered by the local court in the Gyanvapi mosque has now reached the Supreme Court. The verdict: The viral image of the Shivling idol is from Bhogarai Village of Balasore district in Odisha and is unrelated to the Gyanvapi Mosque issue, so we mark this claim as false.