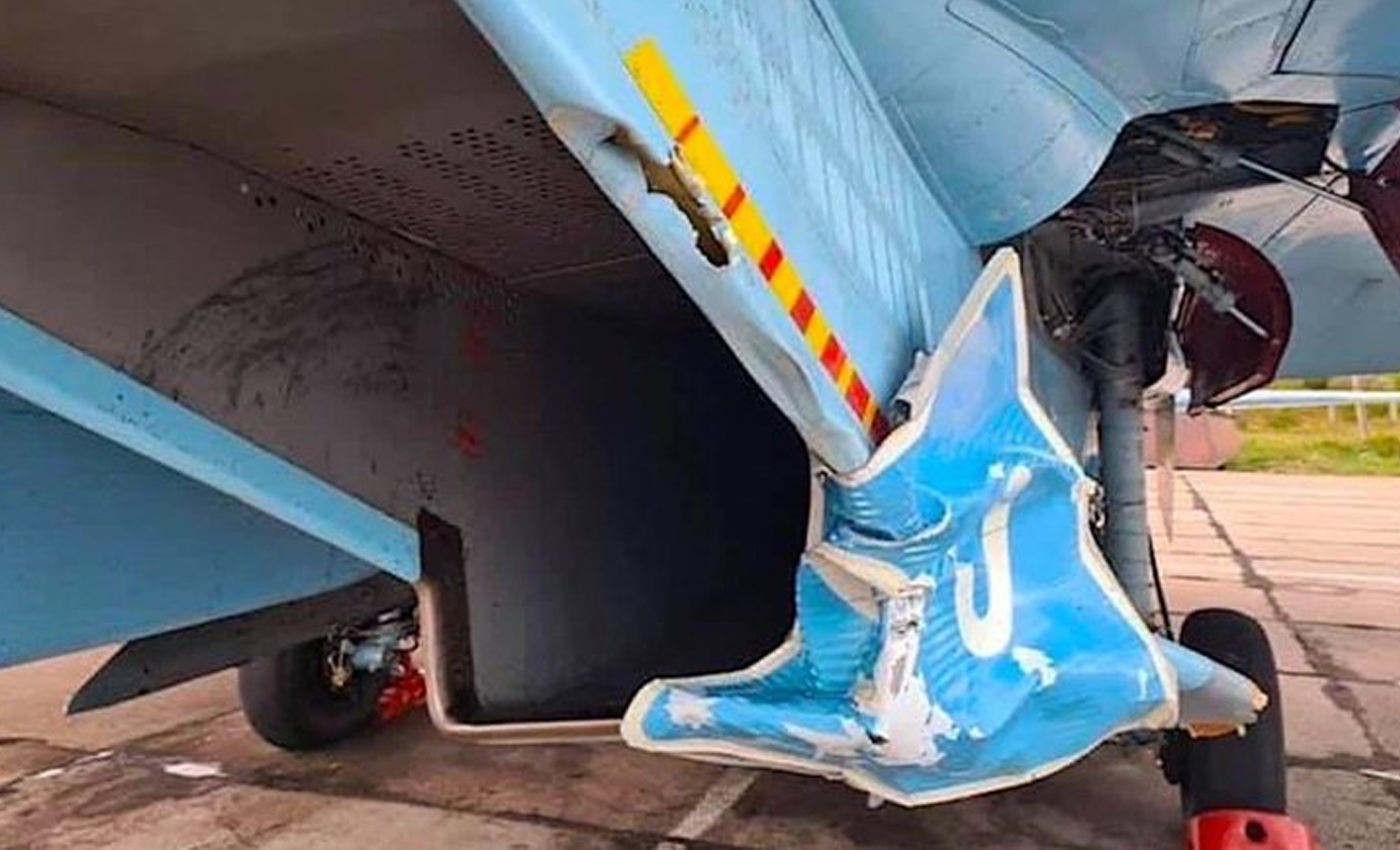 Photos and videos claiming to show low-flying Ukrainian fighter jets during Russia's invasion of Ukraine are from a separate incident in 2020.

Russia's invasion of Ukraine has moved into its second month as Russian forces close in on Kyiv. A widely shared social media post includes pictures of a fighter jet claiming that a Ukrainian pilot hit a road sign as he was flying at a dangerously low altitude to avoid radar detection. The post is misleading as the image is from August 2020, when a fighter jet hit a road sign during landing.

By conducting a reverse image search of this photo, we traced it back to news articles from 2020. It features a Ukrainian Su-27, which took part in a highway landing exercise and collided with a road sign. The Sukhoi Su-27 heavy fighter, codenamed 'Flanker' by NATO, was designed to compete against the U.S. Air Force's F-15 Eagle during the Cold War.

The incident took place on August 27, 2020, at the M06 international highway between Kyiv and the Hungarian border near the city of Chop. The photo shows a bent traffic sign wrapped around the intake inlet on the aircraft's left side. The video of the incident was shown by the Ukrainian TV channel News 2+2. Footage and images of the collision circulated widely on various social media sites at the time of the incident.