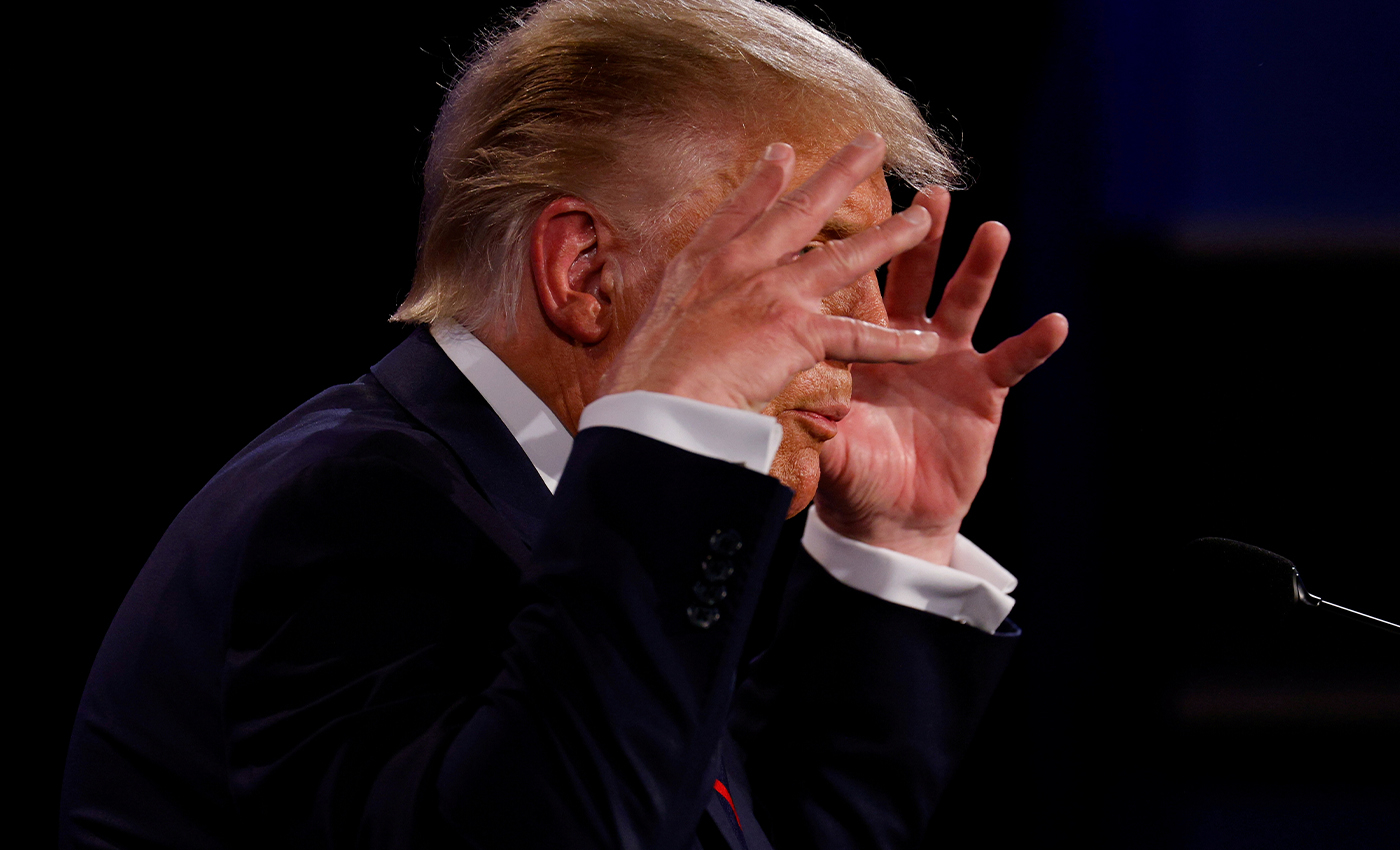 There is no evidence that the Democrats spied on Trump's campaign. An investigation is ongoing into the allegations.

A recent video from Lotuseaters.com has been widely shared on Facebook. It carries the headline "Trump was right about Democrat spying... (sic)" and features an image of Hillary Clinton for the video, alongside the claim "they spied on him and got caught."

Special Counsel John Durham's recent court filing does not charge anyone with spying on former President Donald Trump's campaign, despite Conservative media's claims that the filing acts as proof of a conspiracy. The document does not contain evidence that Trump was "hacked," "infiltrated," or that the contents of his communications were being intercepted.

The hosts repeat a Fox News headline suggesting that the Clintons "infiltrated" the campaign. This word does not appear in the court filing. They also repeat a debunked rumor that the Obama administration's FBI spied on Trump. Despite some hedging from the hosts during the video, they primarily rely on conservative reporting and commentary, which exclusively frames this court filing as a smoking gun for Trump's claims.

In the last few months of the administration, John Durham was appointed special counsel by Trump's attorney general William Barr to look into the FBI's investigation of Trump over alleged ties to Russia. So far, Durham has filed two indictments, one of which is against an ex-federal prosecutor, Michael Sussman.

The facts of the case hinge in part on a meeting between Sussman and the FBI. Sussman went to the FBI to raise the issue of possible communications between servers owned by the Trump Organization and Alfa Bank, which has ties to the Kremlin.

Information about these possible communications came to Sussman's attention through one of his clients, Neustar, an internet registry and security company, which monitored government DNS databases for cyberattacks and malware. The FBI later found no evidence of suspicious activity. Sussman's firm, Perkin Coie, also worked for the Clinton campaign. The indictment alleges that Sussman billed the campaign for his hours working on the Kremlin bank connection, which he counters is based on a misunderstanding over how his fees were invoiced. Sussman continues to deny that he spoke to the FBI in his capacity as a retainer for the Clinton campaign. The Durham indictment alleges that Sussman lied to the FBI and acted on behalf of the Clinton campaign to smear Donald Trump with supposed links to Russia.

Durham claims to have evidence that Rodney Joffe, a fellow at Neustar, used the DNS data from Trump Tower, one of Trump's apartments, and "the Executive Office of the President of the United States," but does not allege that this monitoring happened while Trump was in office. One of the scientists who worked on the data states that it was collected during Obama's presidency. The DNS data in question does not contain the content of communications and cannot be accurately likened to intrusive eavesdropping. Later, the Clinton campaign attempted to use the Alfa Bank story against Trump, but the story died down.

The filing from Durham, based on unproven allegations and a faulty understanding of how DNS data works, is not proof of a conspiracy.

Trump has made numerous, shifting claims that his campaign had been spied on over the years. He has claimed that the FBI spied on him and that the Obama administration was guilty of wiretapping Trump Tower. None of his allegations relating to spying on his campaign have been substantiated thus far, and his own Department of Justice refuted the wiretapping claim. Since the Durham investigation began, the focus has shifted to allegations that the Clinton campaign was involved in the conspiracy.

As of February 18, Durham has openly distanced himself from the right-wing media sphere's representation of his filing. It has not been proven that the Clinton campaign, the Obama White House, or the Democratic party were behind any surveillance of the Trump campaign, and to state otherwise is misleading.