The bodies of those who died from COVID-19 vaccines are being dissolved and turned into fertilizer in Wisconsin. 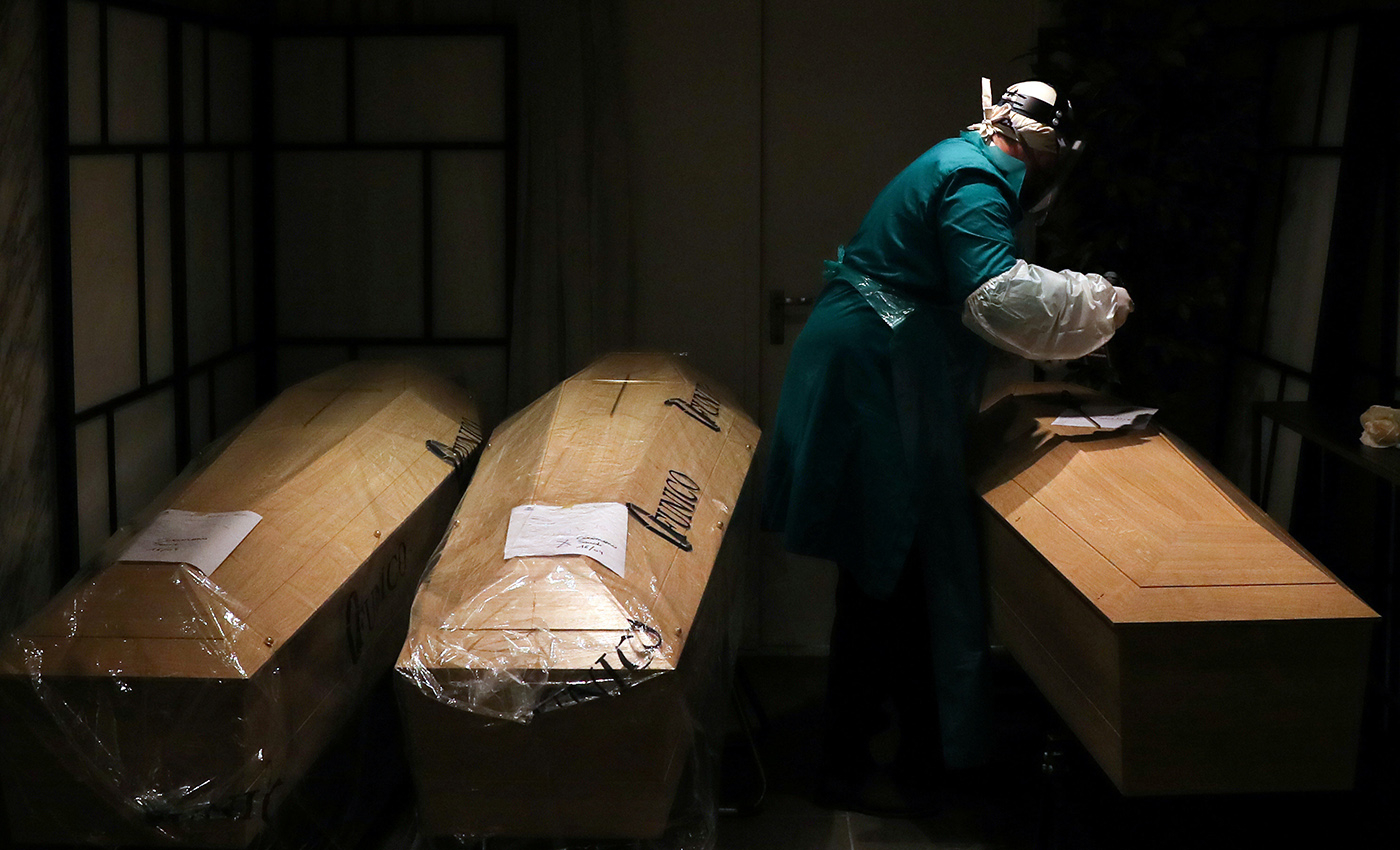 The legalization of alkaline hydrolysis has been misrepresented. The law is not related to COVID-19 vaccines, which are proven to be safe.

In a video clip from the far-right conspiracy news channel InfoWars, a commentator states that Wisconsin has "joined 20 other states in liquifying dead humans and flushing them down the municipal system." The commentator goes on to say that many of these people died from COVID-19 vaccines, and are now being used as "biosludge" which is used on crops as fertilizer and "fed to the living."

The state of Wisconsin recently passed legislature on the use of alkaline hydrolysis to cremate human remains. This move has been completely misrepresented by the InfoWars segment in question. Furthermore, there is no evidence of high numbers of people dying from COVID-19 vaccines.

Alkaline hydrolysis is a technology used in cremating bodies. According to CNET, the process uses peptides and acids to break the body's components down to ash, which can be retained in the same manner as a typical cremation. CNET reports that researchers have cited the environmental benefits of the process, which leaves a far lower carbon footprint than standard cremations.

The issue of water waste has raised concerns, including potentially high pH levels used in the ritual. Several religious leaders are also reportedly unhappy about the process and the potential for remains to enter the sewage system. Some states, including California, require a permit to carry out alkaline hydrolysis in a funeral home. Alkaline hydrolysis is currently legal in 19 states.

While there are clearly mixed views on water cremation, it is not true that the process has been introduced to dispose of the bodies of those who have died from COVID-19 vaccines. Adverse reactions to COVID-19 vaccines are extremely rare. Those who die shortly after the vaccine, as reported in the VAERS system, do not necessarily die because of the vaccine.

There have been some isolated experiences of myocarditis that are being investigated by authorities, but these still only stand at .00025 percent of those who have been vaccinated, according to Healthline, which adds that this may be lower than the rate in the general population.

The claim that these are being used as fertilizer for crops is also deeply misleading. It is inevitable that human remains will become part of the earth, but this does not amount to "the living eating the dead."

InfoWars has taken the issue of the legalization of alkaline hydrolysis in some states and attached it to anti-vaccination and COVID-19 conspiracies. The instances described in the clip are completely unfounded.

The Indian music director Bappi Lahiri has passed away.