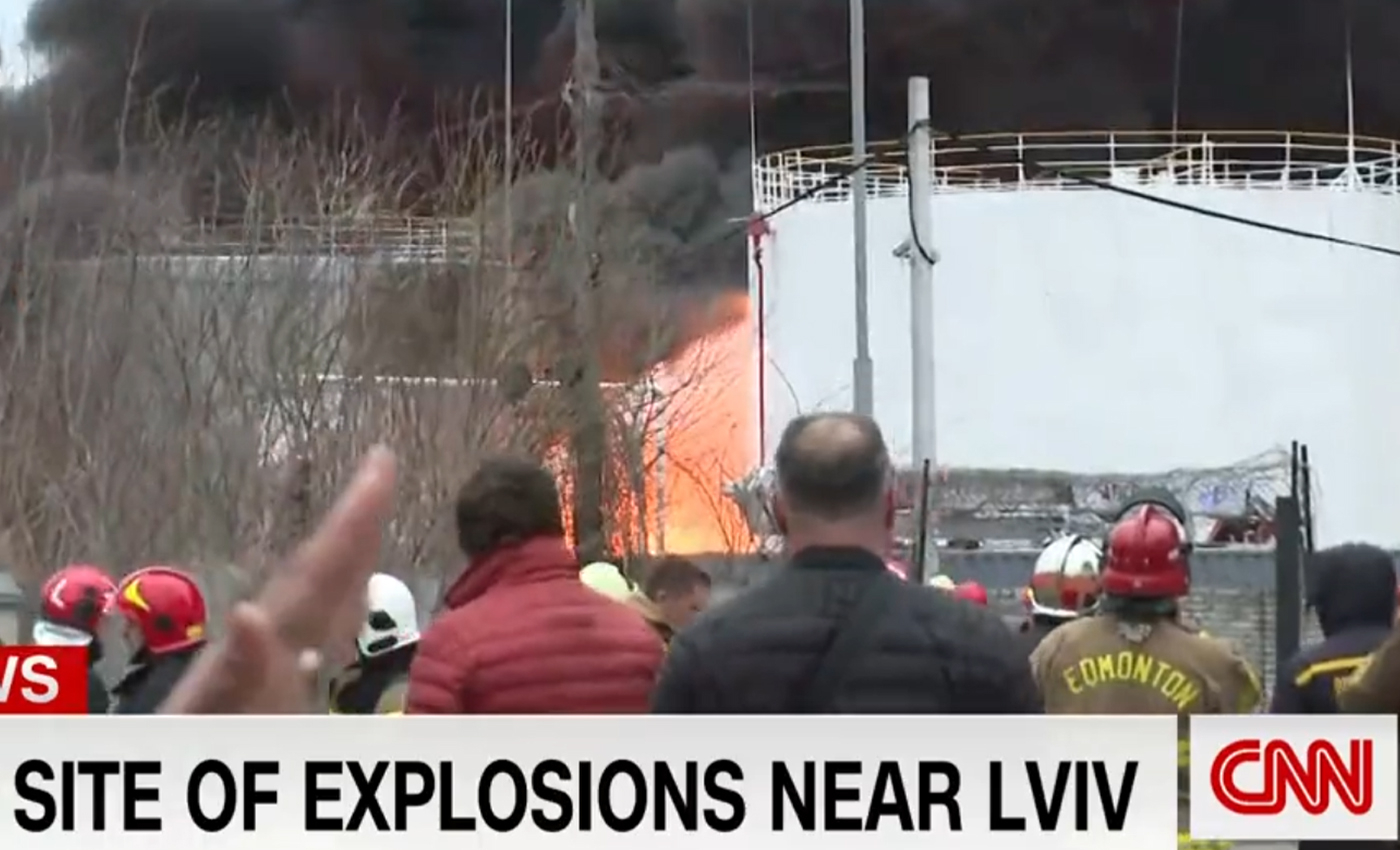 Amid Russia's invasion of Ukraine, much misinformation is spreading online. For example, in Don Lemon's segment of CNN's news coverage of the airstrike aftermath in Lviv on March 26, 2022, a firefighter can be seen wearing protective gear with the word "Edmonton" on it. This image caused doubt among social media users, and they slammed CNN for alleged false representation of the explosion location. Some even said that CNN might have reported the story on location in Canada because Edmonton is a Canadian city. However, this claim is false.

CNN has not depicted the wrong location with its live coverage. It reported the incident from the airstrike location near Lviv on March 26. On the same day, Firefighter Aid Ukraine (FAU), a Canadian organization, posted a screenshot from the CNN coverage on its official Facebook page. The image shows firefighters in the background attempting to put out the fire. Among them, a firefighter could be seen wearing a protective coat with the word "Edmonton" inscribed on it. The organization acknowledged in the caption that the firefighters near Lviv were utilizing gear donated by Edmonton firefighters.

FAU has provided critical firefighter equipment to Ukraine for almost a decade, as confirmed by FAU project director Kevin Royle, who told CTV News Edmonton that the arrangement has been in place for "almost eight years." The organization has been volunteering at a Ukraine donation warehouse in Edmonton.

In a tweet, CNN reporter Daniel Dale quoted Royle, saying that city markings on donated gear are stripped most of the time, and sometimes they aren't. In a Facebook post the next day, Royle acknowledged that CNN reached out to him to clarify this.