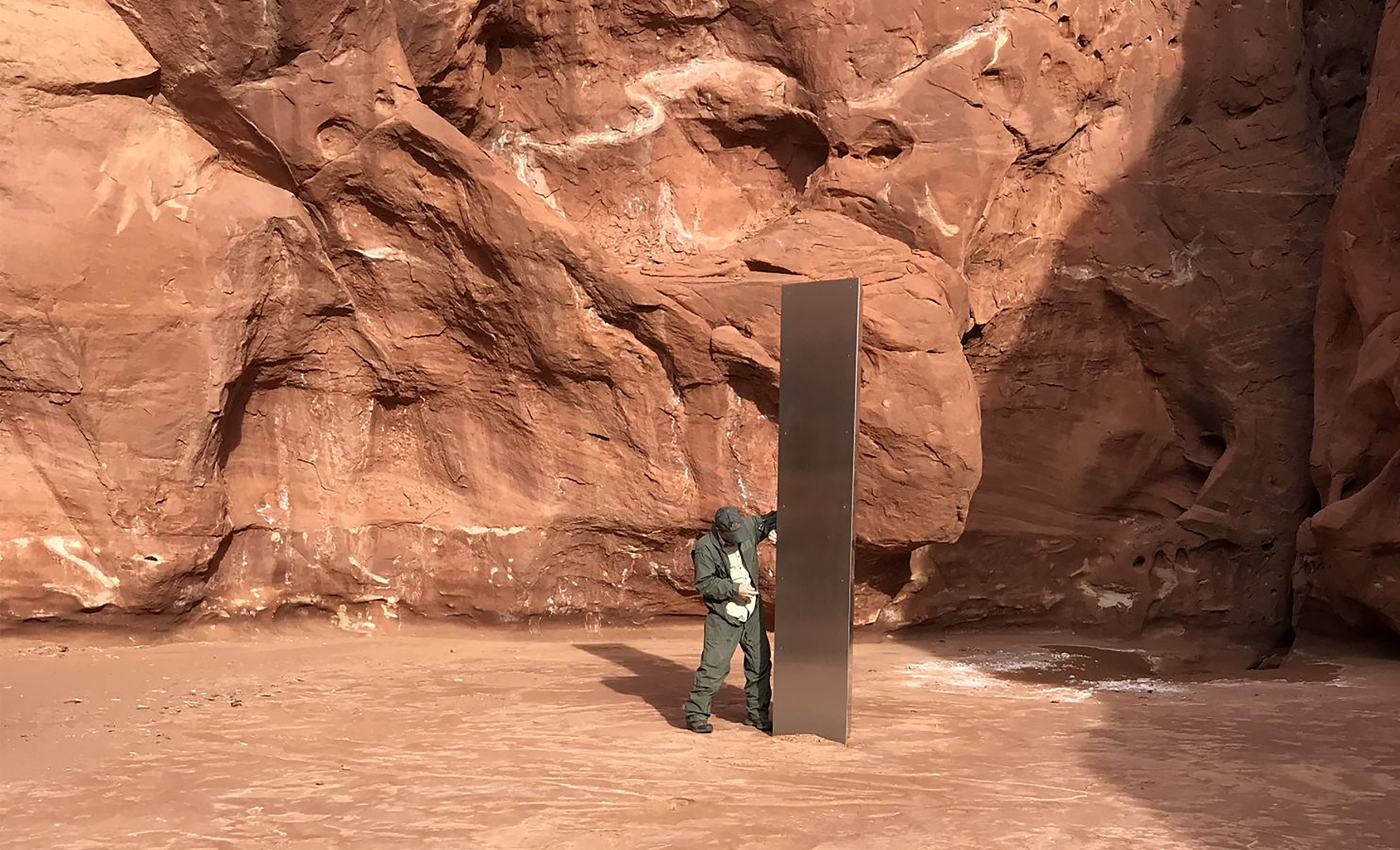 The metallic monolith discovered in Utah was removed by unknown parties and while it looks similar to the monolith in Romania, it is not the same one.

On November 18, it was reported that a mysterious monolith had been spotted in a remote part of Utah by state employees counting sheep from a helicopter.

The structure, estimated at between 10ft and 12ft high (about 3 metres), appeared to be planted in the ground. It was made from some sort of metal, its shine in sharp contrast to the enormous red rocks which surrounded it, according to The Guardian.

On Nov 29, it was reported that the monolith had reportedly "disappeared". The Bureau of Land Management in Utah said it had received "credible reports" that the object had been removed "by an unknown party"

“The 2.8 metre (9ft) tall structure disappeared overnight as quietly as it was erected last week,” journalist Robert Iosub of the Ziar Piatra Neamt local newspaper, who had seen the structure, told Reuters.

“An unidentified person, apparently a bad local welder, made it ... now all that remains is just a small hole covered by rocky soil,” local reporters had discovered.

A spokeswoman for Piatra Neamt police, Georgiana Mosu told Reuters that an inquiry into the illegally-installed structure, which was positioned in a protected archaeological area from Nov. 27 was underway.

On Dec 1, the New York Times reported that Ross Bernards, an adervnture photographer who was visiting the monolith on the night of Nov 27 captured four men dismantling the sculpture.

"Suddenly, around 8:40 p.m., he said, the men arrived, their voices echoing in the canyon. Working in twosomes, with an unmistakable sense of purpose, they gave the monolith hard shoves, and it started to tilt toward the ground. Then they pushed it in the opposite direction, trying to uproot it," the Times report stated. “As they walked off with the pieces, one of them said, ‘Leave no trace,’" Bernards was quoted as saying. After breaking it apart, the men carried off the sculpture in a wheelbarrow. He did not photograph the men who removed it, the origin of which remains unknown.

These incidents have triggered a spate of wild speculations on social media including conjectures on whether the two structures are the same. Although they look similar, the Romanian monolith is mostly covered in interconnected circles, while the Utah monolith appeared smooth. Also, the Romanian sculpture appears taller than the Utah monolith. Hence, it can be concluded that the structure that disappeared from Utah is not the same one that was discovered in Romania.