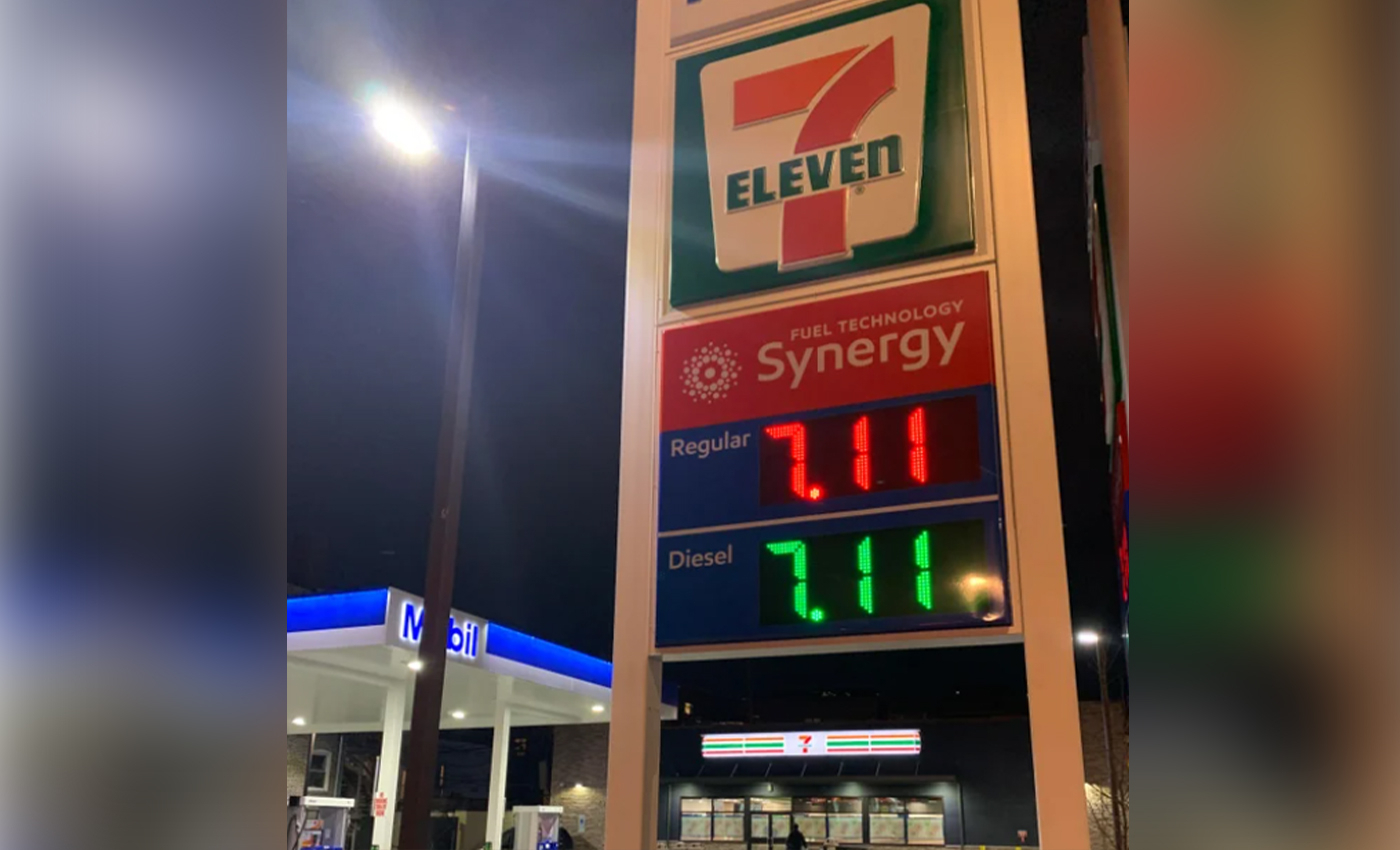 An old photo displaying a "test price" to mark the opening of a new 7-Eleven store does not reflect the actual gas price.

As gas prices continue to show an upward trend, a photograph displaying the gas price as $7.11 at a 7-Eleven store in mid-June 2022 has gone viral on social media. The image caption says, "The prophecy has been fulfilled." Elon Musk shared the same image without any caption.

The price of crude oil has recently witnessed a sharp increase, reaching $130 a barrel. The energy market has been severely affected due to the Russian invasion of Ukraine, which led to supply issues. U.S. oil companies have not been able to increase their output, and refineries have not been able to expand their capacity, which combined, has led to higher gas prices in the U.S.

The price displayed in the viral photo is incorrect as the current gas price is $6.09 according to the GasBuddy price report in the State of Illinois. Though gas prices have exceeded $7 in some parts of the country in recent weeks, the current price is hovering around $5 per gallon. The AAA website shows that the average gas price in the U.S. is $4.94 as of June 23, 2022.

The photo that supposedly showed the gas price at a 7-Eleven store as $7.11 was initially posted on Reddit in March 2021 by a user named Beemsterboer. The post is marked as original content (OC), meaning it is an original creation, not a repost of someone else's content. The user wrote in the comment section, saying, "lol, those are not actual prices. Before the gas station opened, they just used 7.11 as gas prices on the sign so they could work before opening." To confirm, we found a similar image of a soon-to-be-open 7-Eleven store, showing the test price as $7.11.

Thus it is evident that this image has been shared both as a joke and to misrepresent and exaggerate the extent of the rising gas prices. Other independent fact-checkers have also debunked such claims.

The original image is from 2021, but the gas price listed is not the sale price. The old image has been re-circulated to create the wrong impression that gas is sold for $7.11 a gallon at 7-Eleven stores.