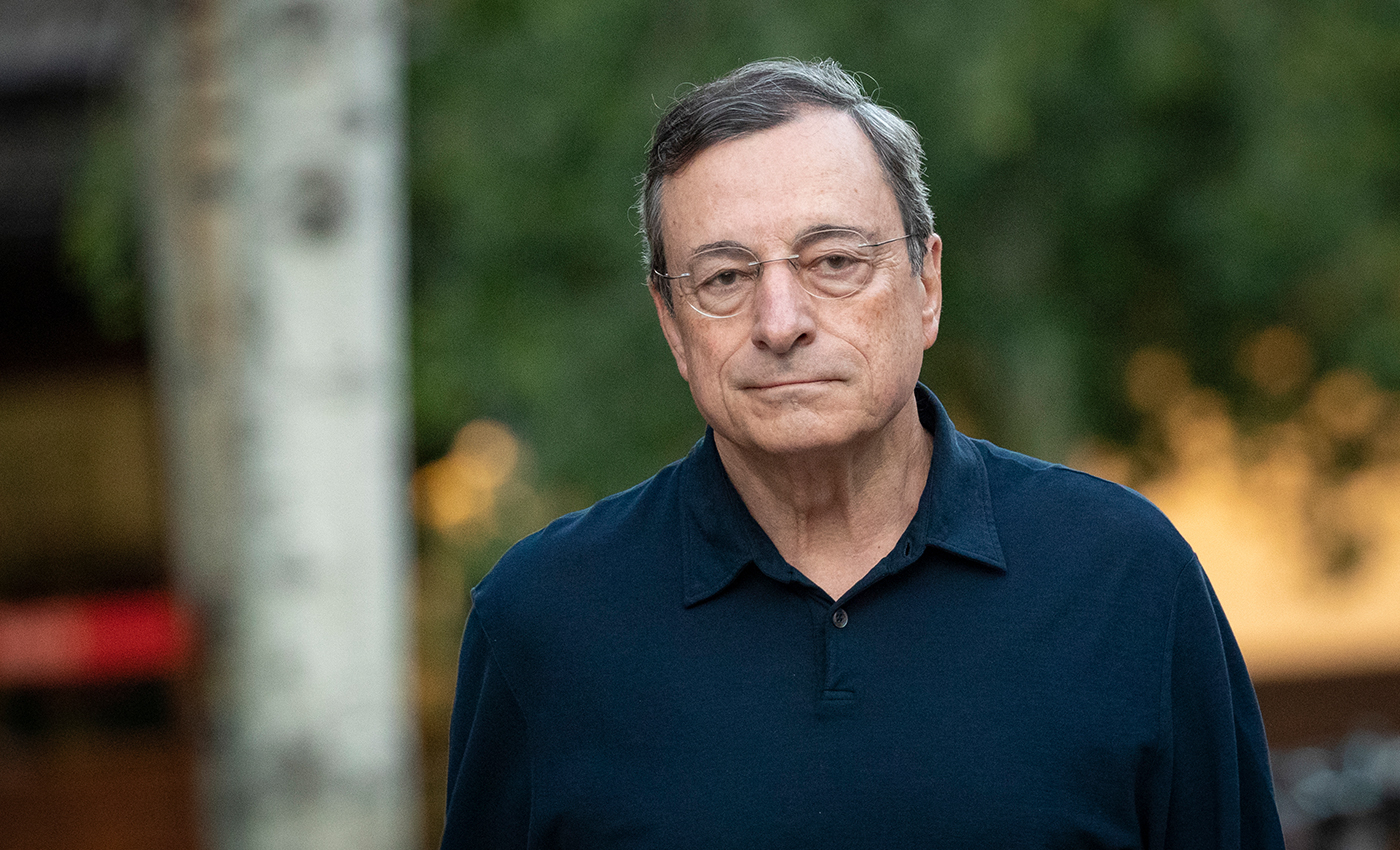 The video is from 2015 when Prime Minister was attacked by a woman protesting against the European Central Bank.

Both the video and the caption imply that the woman attacked the minister because of his COVID-19 policies or his handling of the COVID-19 pandemic. Another likely implication is that Draghi was attacked by someone who does not believe that the pandemic is real or is against COVID-19 vaccines.

The Facebook group in question regularly shares anti-COVID and anti-vax content and videos and has over 10k members.

However, a simple keyword search shows that the video is not from 2021 but 2015. Draghi was then the president of the European Central Bank (ECB). In April of that year, a news conference in Frankfurt was disrupted when a woman jumped on stage in protest and showered Draghi with confetti.

In the Facebook video, the woman can be heard shouting, "End the ECB dictatorship." According to the Guardian, "copies of the leaflets she was throwing, accused the ECB of exercising arrogance and autocratic hegemony."

WHO announced that people have got to start using masks because none of these vaccines are preventing infection.

In 2018, writer Jagdish Chander in his book 'Medical Mycology' predicted that India may witness a devastating effect of Mucormycosis.