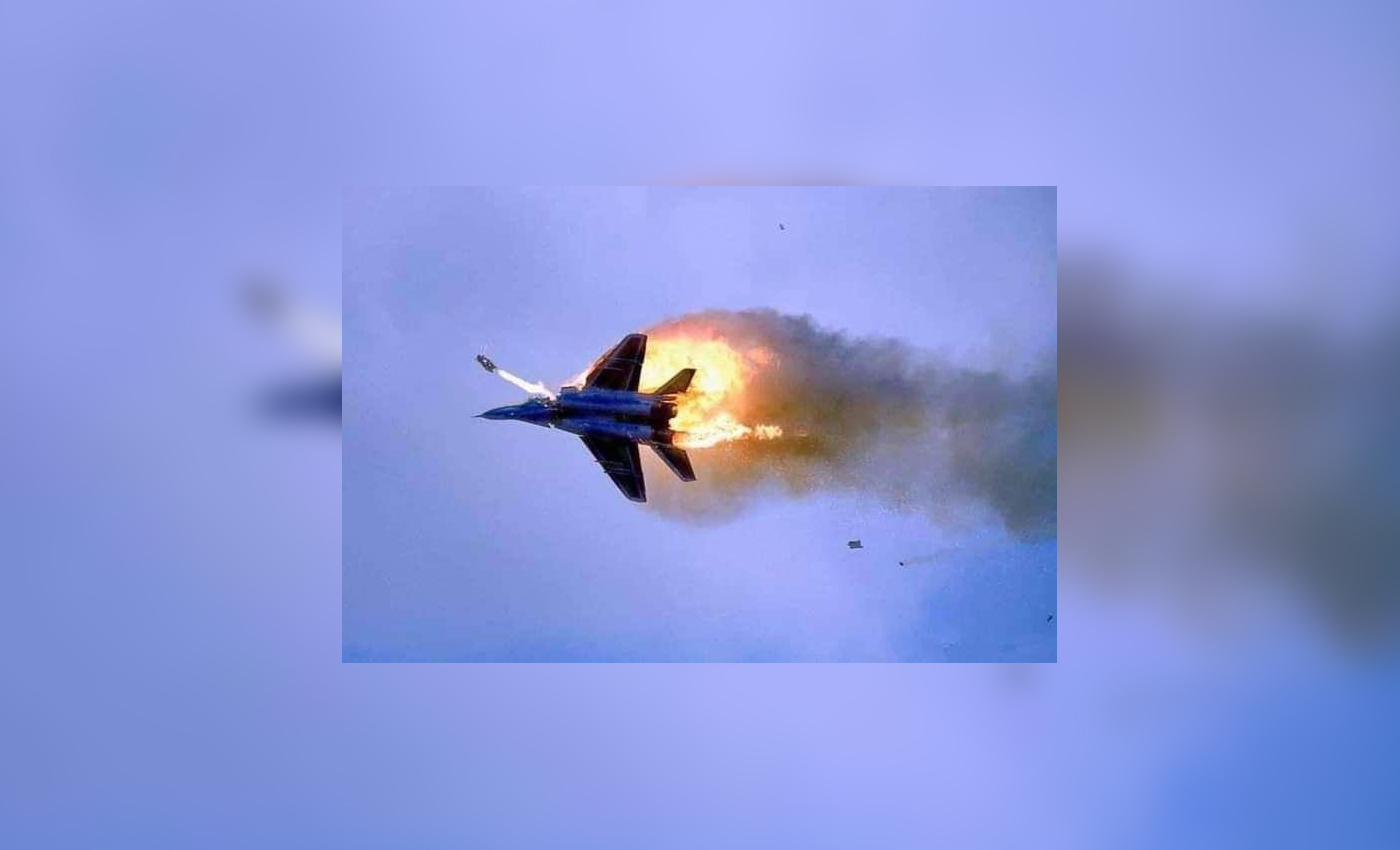 An old image of two aircraft colliding at the RAF Fairford airshow in the U.K. in July 1993 has been misattributed to Russia's invasion of Ukraine.

Russia's current invasion of Ukraine has given rise to many fake and misleading stories on social media. The Twitter account of Illia Ponomarenko (@IAPonomarenko) uploaded a photo of an aircraft in flames with the caption, "Reportedly, the 6th Russian aircraft downed by Ukraine." However, it is an old image circulating on social media, and has nothing to do with Russia's invasion of Ukraine in 2022.

When the image was reverse-searched, it was found that it was taken at an event in 1993. The same picture was uploaded by Air Team Images, describing two Russian MiG-29 aircraft that collided in mid-air without any casualty or severe injuries to the pilot. Carl Ford captured the photograph on July 24, 1993, in Fairford, Gloucestershire, United Kingdom.

The description states that it is ''The first of a sequence of photos of the mid-air collision between two Russian MiG 29s.'' It also mentions, ''The pilot can be seen ejecting.'' The Discovery Channel also uploaded a video of the collision on YouTube in 2008.

On Facebook, the Commander-in-Chief of the Armed Forces of Ukraine claimed that the Defense Forces of Ukraine are holding back Russian attacks and have destroyed at least six planes, two helicopters, and dozens of enemy armored vehicles.

The Moscow Times reports that Russian Defense Ministry has denied that Ukraine has shot down any aircraft. They also claimed to have destroyed military infrastructure and degraded Ukraine's air defenses.

We mark the claim as false, since this is an old 1993 image of a Russian MiG-29 with no links to the current Russian invasion.