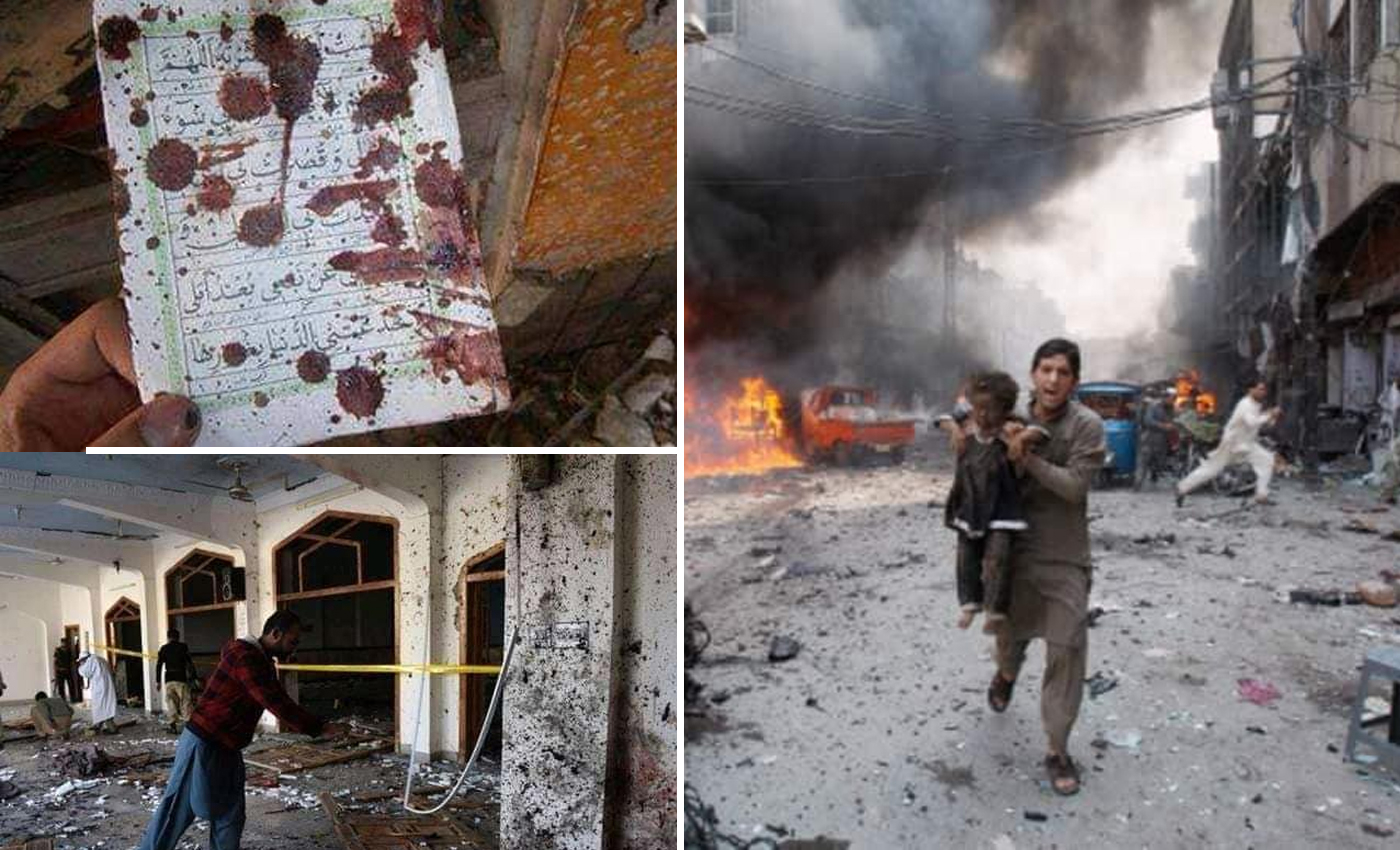 These images were taken in 2013 after a blast in a market in Peshawar, Pakistan, and are not related to the suicide bombing on March 4, 2022.

According to the Pakistani newspaper Dawn, on March 4, 2022, a suicide bomber blew himself up inside a Shia Mosque in Peshawar's old city neighborhood. The incident killed 57 people, including a police officer, and 194 others were injured. In the wake of the incident, a post with three images is circulating on social media.

Pakistani actor Anmol Baloch shared the post on her Facebook page. It read, "Explosion in Peshawar Jamia Masjid, 40 people martyred and 60 people injured. The blast is condemnable anyway. A massacre that too happens to unarmed and uninformed people. Then on whose hands should we seek blood? In what words should we give solace to the family."

The first image shows a paper covered in blood. Though we could not find the image in any mainstream media report, when reverse image searching this image, we found that it had previously been shared on October 28, 2020, with the hashtag #Peshawarblast.

The second image shows a man carrying a young girl. The face and the girl's clothes in the picture are covered in mud, and there's a fire in the background, where charred vehicles can be seen. However, through a reverse image search, we found that the LA Times published the same picture in September 2013. The report which carried the image referenced a car bomb blast in Peshawar, which "killed at least 43 people and wounded more than 100". The picture's caption read, "A Pakistani man carrying a child rushes away from the blast site shortly after a car bomb exploded in Peshawar." NBC News also published the same image on September 29, 2013.

The third image shows some men inspecting a battered building. On searching, we found that Dawn had previously featured this image in a report in 2015. The headline of the report reads, "Peshawar bleeds again. Taliban kill 19 in attack on Peshawar imambargah."

Therefore, considering that all the photos are old and from previous incidents, we mark this claim as false.