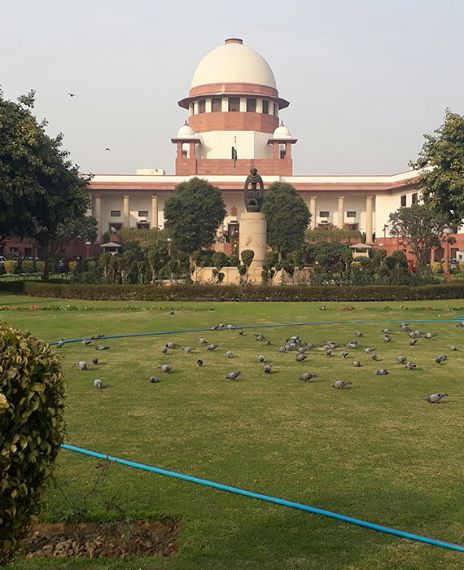 A Supreme Court order and an article published by the Economic Times supports the statement.

A Supreme Court order issued on January 13, 2020, issued a status quo order regarding the amendment to the Insolvency and Bankruptcy Code (IBC) based on the petitions filed against the amendment. The ordinance, passed on December 27, 2019, by the Union government, required at least 100 home buyers or 10% of total allottees to come together to sue a defaulting developer at the National Company Law Tribunal (NCLT). Before the amendment, a single financial creditor, including a homebuyer, with claims of at least Rs1 lakh, could also move NCLT against the defaulting developer.

The plea filed by a homebuyer Manish Kumar said the ordinance was discriminatory as it put a precondition for filing an application under Sec 7 of the bankruptcy code, which does not apply to other financial creditors