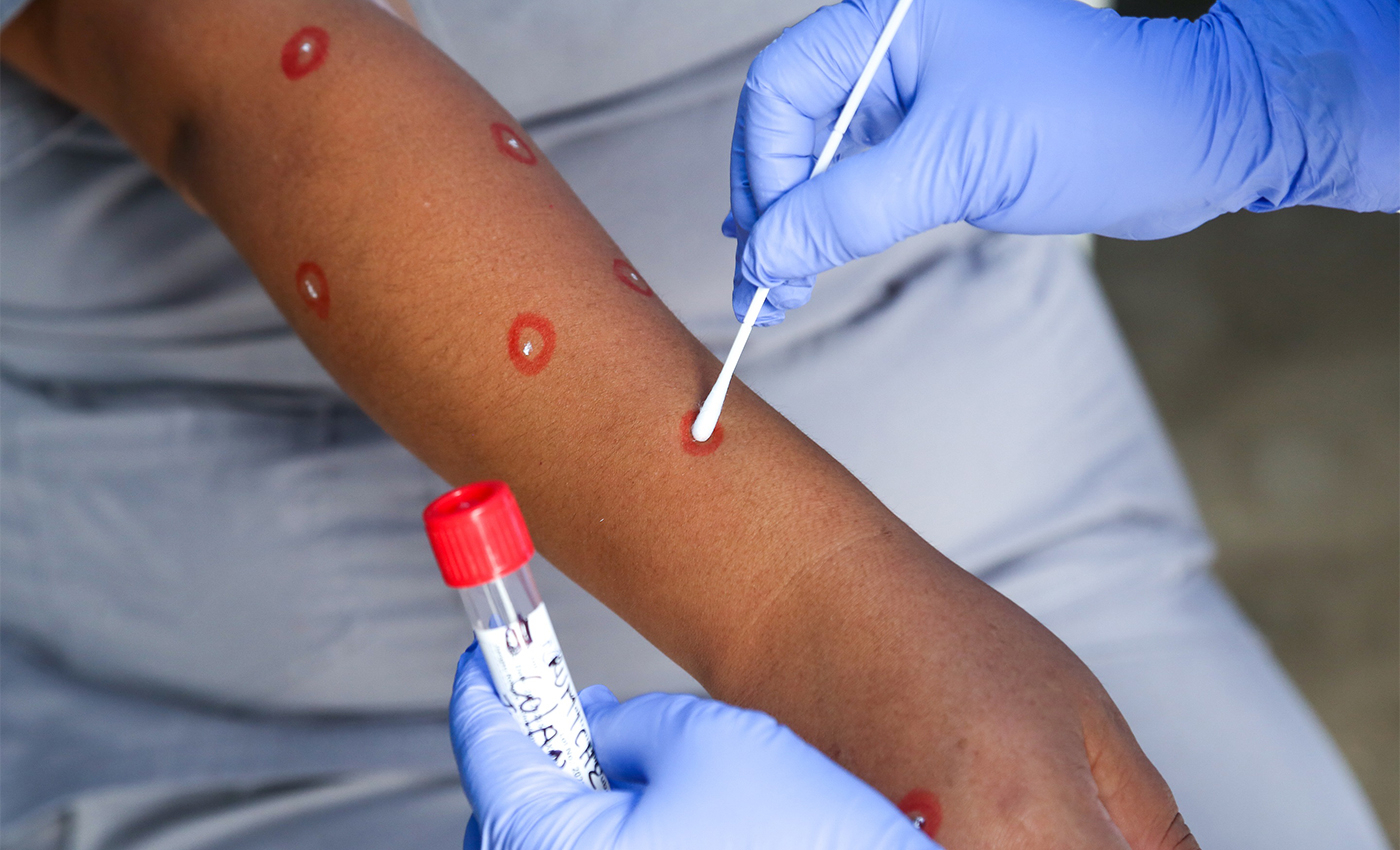 There has been a lot of misinformation on social media about the recent monkeypox outbreaks. One such claim states the current cases of monkeypox originated in a bioweapons laboratory in Ukraine.

On May 21, 2022, Dr. Benjamin Braddock, who calls himself a writer and human and animal rights activist in his bio, tweeted that, according to an unnamed source from the European Center for Disease Prevention and Control (ECDC), the preliminary analysis of the monkeypox outbreaks indicated that "the virus comes from a laboratory and may be linked to U.S. biological research in Ukraine." However, this claim is unsubstantiated.

According to the European Centre for Disease Prevention and Control, monkeypox is an endemic infection present in different countries in West and Central Africa. It is caused by a virus of the same family as smallpox, but is less severe and has less capacity to spread. The virus is widespread among non-human primates and small rodents and is transmitted from animals to humans via the animal's saliva and other fluids.

An article published by Galaxy Advanced Microbial Diagnostics on June 5, 2022, explains that a clade, in virology, is a group of species derived from a common ancestor, of which each species may give rise to different strains (subspecies). If there were a new strain, it would not have been called "a third lab strain.” It would just be called a new strain. There is no such thing as a third lab strain of the monkeypox virus.

Also, neither the ECDC nor other health authorities such as the U.S. Centers for Disease Control and Prevention (CDC) have announced the discovery of a new strain or clade of the monkeypox virus. Meanwhile, the CDC says monkeypox was first discovered in 1958 when two outbreaks of a pox-like disease emerged in colonies of research monkeys. The first monkeypox case in humans was recorded in the Democratic Republic of Congo in 1970. WHO stated that all cases in the 2022 monkeypox outbreaks have been confirmed to involve the West African clade.

Dr. Benjamin Braddock has previously shared several unsubstantiated conspiracy theories about the COVID-19 pandemic and its vaccines. He has also supported unauthorized drugs such as ivermectin to treat COVID-19. Other organizations have debunked similar claims about monkeypox's origin.

Since Russia's invasion of Ukraine began, unfounded or false reports have circulated about alleged biological weapons produced in the U.S. laboratories in Ukraine. Logically has previously debunked false claims about bio-labs in Ukraine, clarifying that funding has been provided to research diseases. There is no evidence that the laboratories were being used to develop biological weapons.

The ECDC has not linked monkeypox to any bioweapons laboratory in Ukraine. There is no evidence for these allegations. Hence, we have marked this claim as false.