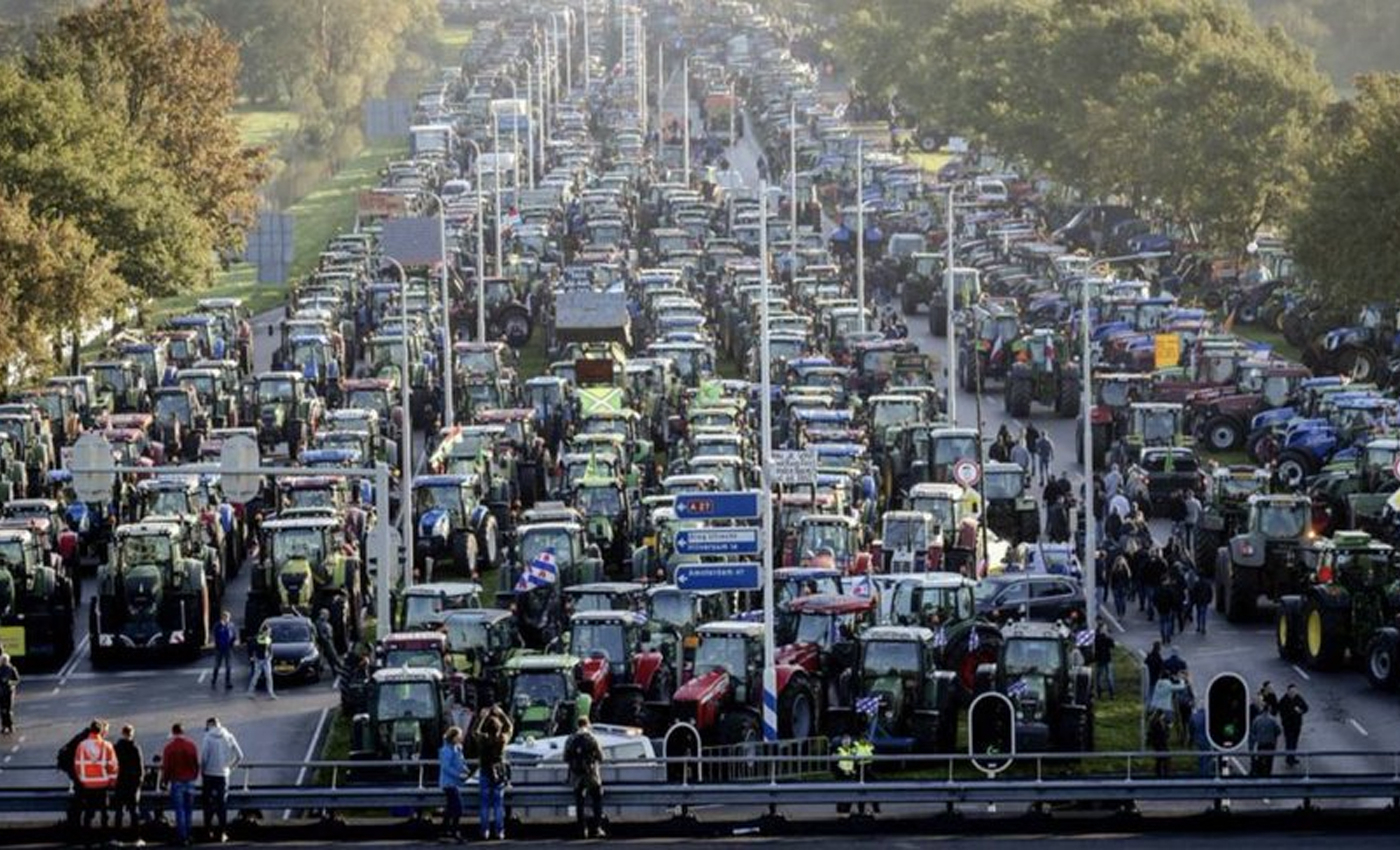 A photo taken during the 2019 farmer protests in De Bilt, Netherlands, has been misattributed to the 2022 protest.

On June 10, 2022, the Dutch government announced that nitrogen emissions would have to be significantly reduced by 2030. Euronews reported that the government unveiled its goals mandating a reduction of up to 70 percent in several places and as high as 95 percent in others to protect nature. Following this, social media users started sharing misleading videos and images. One such image showing hundreds of tractors and other vehicles blocking the highway is linked to the current protests against planned environmental regulations.

Even an identical photo can be found in the Dutch news agency Algemeen Nederlands Persbureau (ANP). According to the report, the image was captured by the Hague photographer Robin van Lonkhuijsen near the National Institute for Public Health and the Environment.

Lonkhuijsen said, "I started early in the morning to take pictures of the farmers who arrived there from a bicycle bridge near the Bilt. Due to the crowds and various road closures that were not indicated in advance, I, unfortunately, couldn't get to the place where I wanted to take pictures. When I saw an aerial platform in the distance, I knew what I had to do. I asked the owner if I could go up there, and not much later, I was taking pictures from a height of 30 meters."

An article published by France 24 citing AFP also reported that the ANWB traffic agency said the 2019 tractor protest caused 450 kilometers (280 miles) of traffic around the central city of Utrecht.

On July 6, 2022, Politico reported that the current farmers' protests are because the government may require them to use less fertilizer and reduce livestock to curb nitrogen pollution. Farmers blocked supermarkets, distribution centers, and roads in response to government plans to cut nitrogen emissions.

Although the farmers in the Netherlands are currently demonstrating against government plans to reduce nitrogen, the image in question comes from the Dutch farmer protests in 2019. Hence we have marked this claim as false.