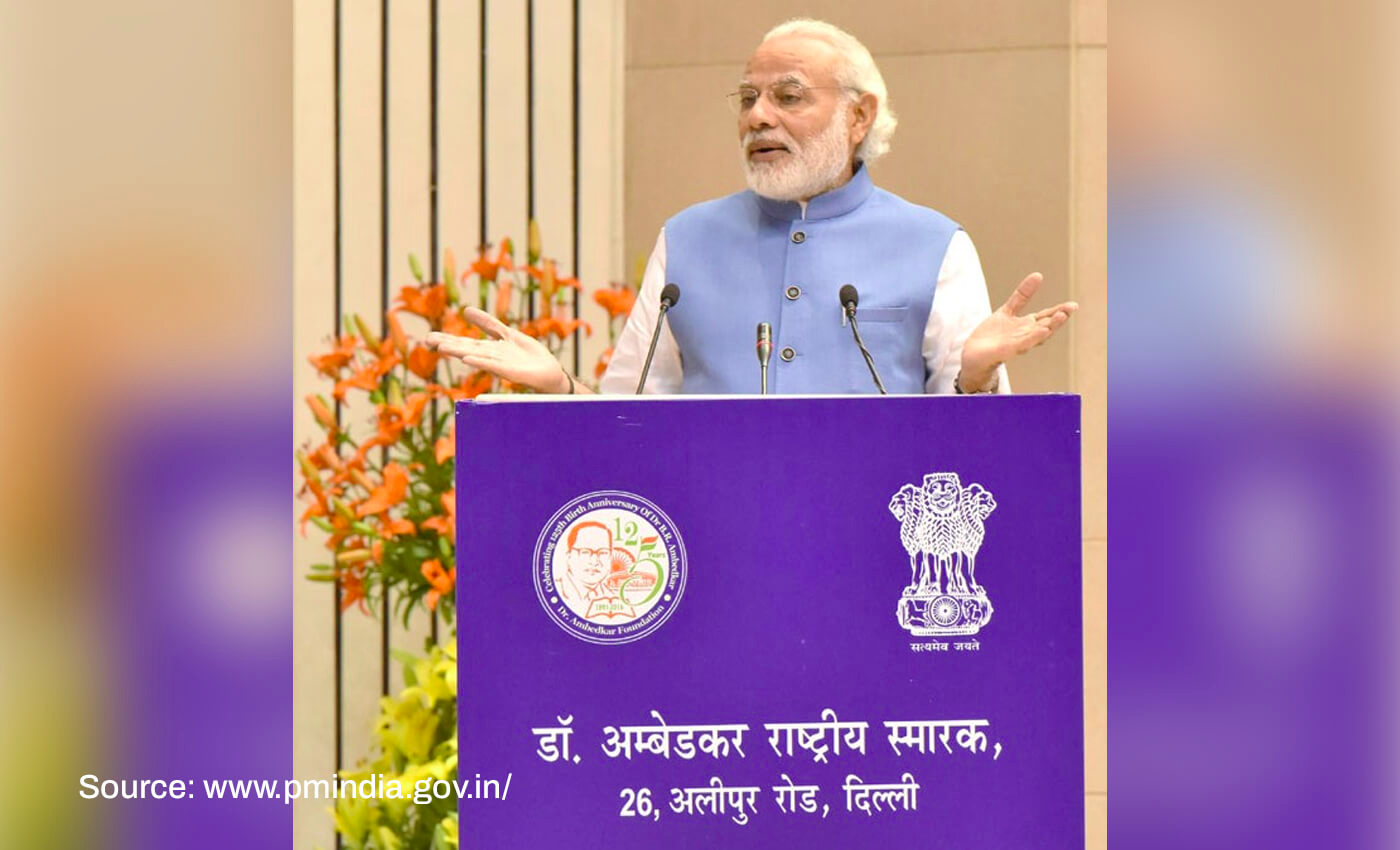 A 2016 video of Modi addressing B.R. Ambedkar's life and his struggle as a Dalit at a ceremony has been edited.

A video being shared on social media claims that Prime Minister Narendra Modi is provoking members of lower caste against the upper caste to instigate violence. In the video, Modi addresses the crowd, saying that someone who has been tortured all his life will eventually take his revenge. The video doesn't give complete context to Modi's comment. The caption of the viral post read, "This is our honorable Prime Minister who talks about teaching a lesson to the upper caste. He is telling the story of the exploitation of the so-called Dalits. Shame on Mr. honorable PM. It is the upper castes who have made you the PM. You wouldn't have reached 303 from 30, and if this continues, you will return to 30 again."

However, Modi's words are quoted out of context. The prime minister didn't provoke the lower caste to instigate violence.

Through keyword search, we found that the viral video was taken from a 2016 foundation stone-laying ceremony. According to the official website for the Indian prime minister, the speech was from when Modi laid the foundation stone for Dr B.R. Ambedkar National Memorial at Vigyan Bhawan in New Delhi on March 21, 2016. Addressing the crowd, Modi praised Ambedkar, the architect of the Indian constitution, for his contribution to the nation's building. Modi called Ambedkar's accomplishments remarkable and a "great man". In the 2-hour video, Modi talked about Ambedkar's life as a Dalit around the one hour 42-minute mark. "For man who faced such discrimination and injustice, who saw his mother being disrespected, if given the opportunity would someone not get even?," Modi said in his speech. He further added, "human beings would act selfishly, But Babasaheb Ambedkar was beyond such things. Even when he had power and influence, his words and actions never displayed any bitterness."

Only the part, around the 1-hour 42-minute mark, where Modi talked about Ambedkar's suffering was shared on social media without giving any context. Modi was talking about B.R. Ambedkar's struggle as a Dalit, and he didn't try to provoke the lower caste against the upper caste to start violence.

On March 21, 2016, Zee News posted a video of this ceremony on their YouTube channel. Modi is seen praising Ambedkar's vision for the country's development in the video. According to The Times of India report, the ceremony was held as a part of the programs organized to commemorate the 125th birth anniversary of the founding father of the Indian constitution.