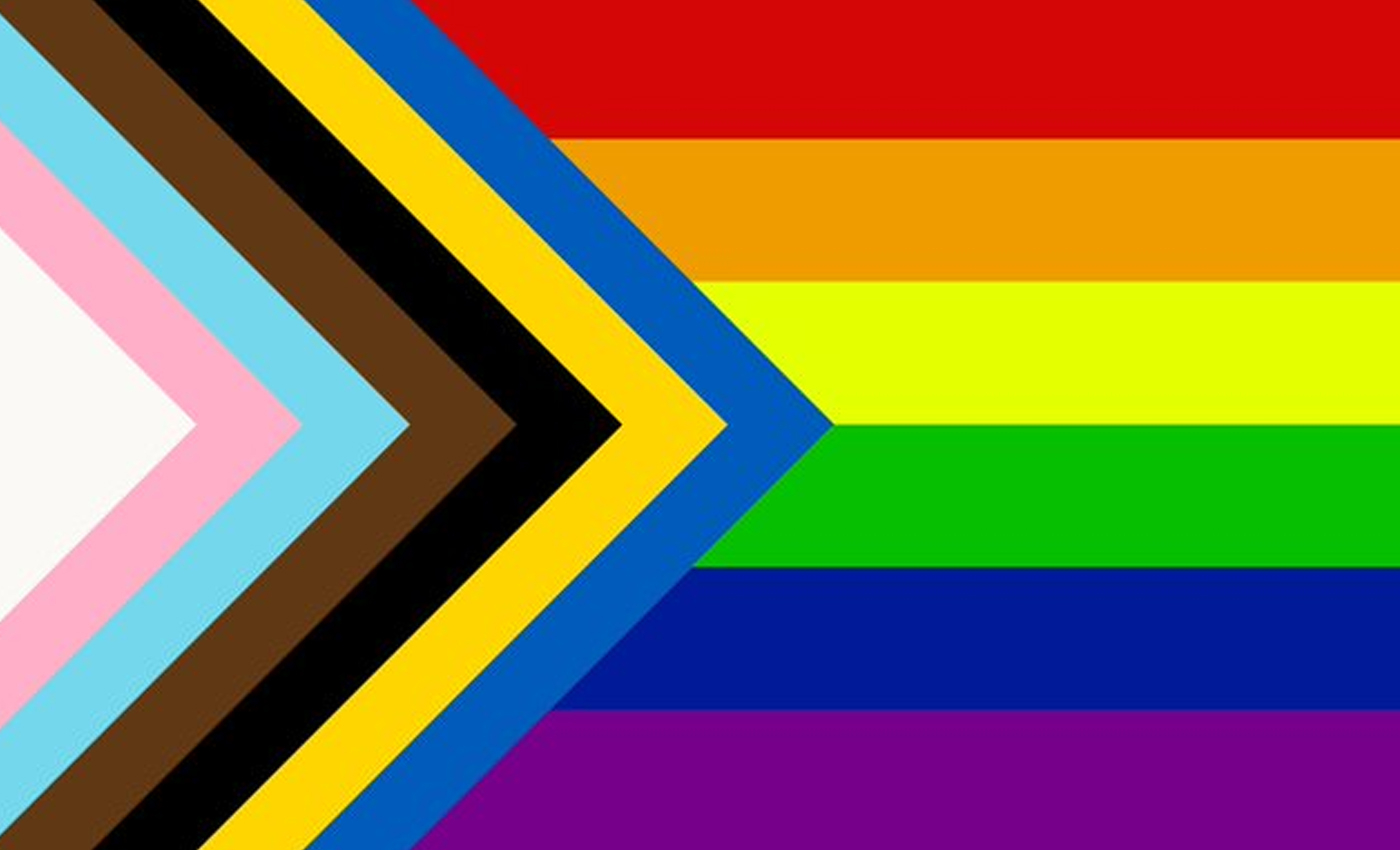 The Ukrainian flag colors are not part of the current version of the Progress Pride flag. The widely shared image started out as satire.

In late May 2022, as Pride month approached and Russia's months-long invasion of Ukraine continued, a photo of an alleged new version of the LGBTQ Pride flag that includes a blue and yellow stripe representing the Ukrainian flag was widely shared on social media. The image circulated with the caption, "The pronoun people have now added yellow and blue stripes to show support for Ukraine But gay marriage is banned in Ukraine Awkward..." U.S. Republican Party congresswoman Marjorie Taylor Greene has shared the image on her Twitter. However, the image was made ironically by a Twitter user.

The image in question was not a genuine flag used by the LGBTQ community and its allies. It was created to mock or satirize the evolving list of groups included in the LGBTQ community. With a reverse image search, we found the original post made by a Twitter user that included the image posted on May 23.

Another Twitter user posted an identical tweet on May 22, which showed the actual Pride flag, highlighting the inclusive colors, along with a link to newprideflag.com. The tweet reads, "Yes! #DiversityIsOurStrength. However, we want to gently add that these are the old colours that *excluded* folx. The original #Pride colours did not include some folx, e.g. POC. The updated flag since 2018 is below with inclusive colours." The May 23 Twitter post in question contains the exact same text except for the year 2018, which is replaced by 2022.

The "Know Your Meme" website also published an article on May 24 stating that the altered flag was initially shared on Twitter as a joke before other social media users misinterpreted it. On May 25, the Twitter user who posted the ironic new Pride flag image admitted to being the author of the meme.

According to OutRight Action International, an LGBTIQ human rights non-governmental organization, the original Pride flag, which has eight colors representing the rainbow, was created by American artist, designer, and activist, Gilbert Baker for the 1978 "Gay Freedom Day Parade" in San Francisco. In the following years, activists changed the flag, reducing the number of stripes to six to reduce costs and keep up with demand for the flags. Since then, that flag has remained unchanged.

According to an article published by Victoria and Albert Museum, non-binary American artist and designer Daniel Quasar developed the Progress Pride flag in 2018 to incorporate colors from the transgender Pride flag and represent marginalized people of color and AIDS patients within the LGBTQ community. The altered image is based on this Progress Pride flag.

An online archive of Pride flags maintained by Western Connecticut State University's Pride Center does not include the supposed “new flag” with yellow and blue colors.

The image originated as satire. There is no evidence of any official LGBTQIA+ organizations announcing their support for Ukraine via the inclusion of its flag colors. Hence we mark this claim as false.