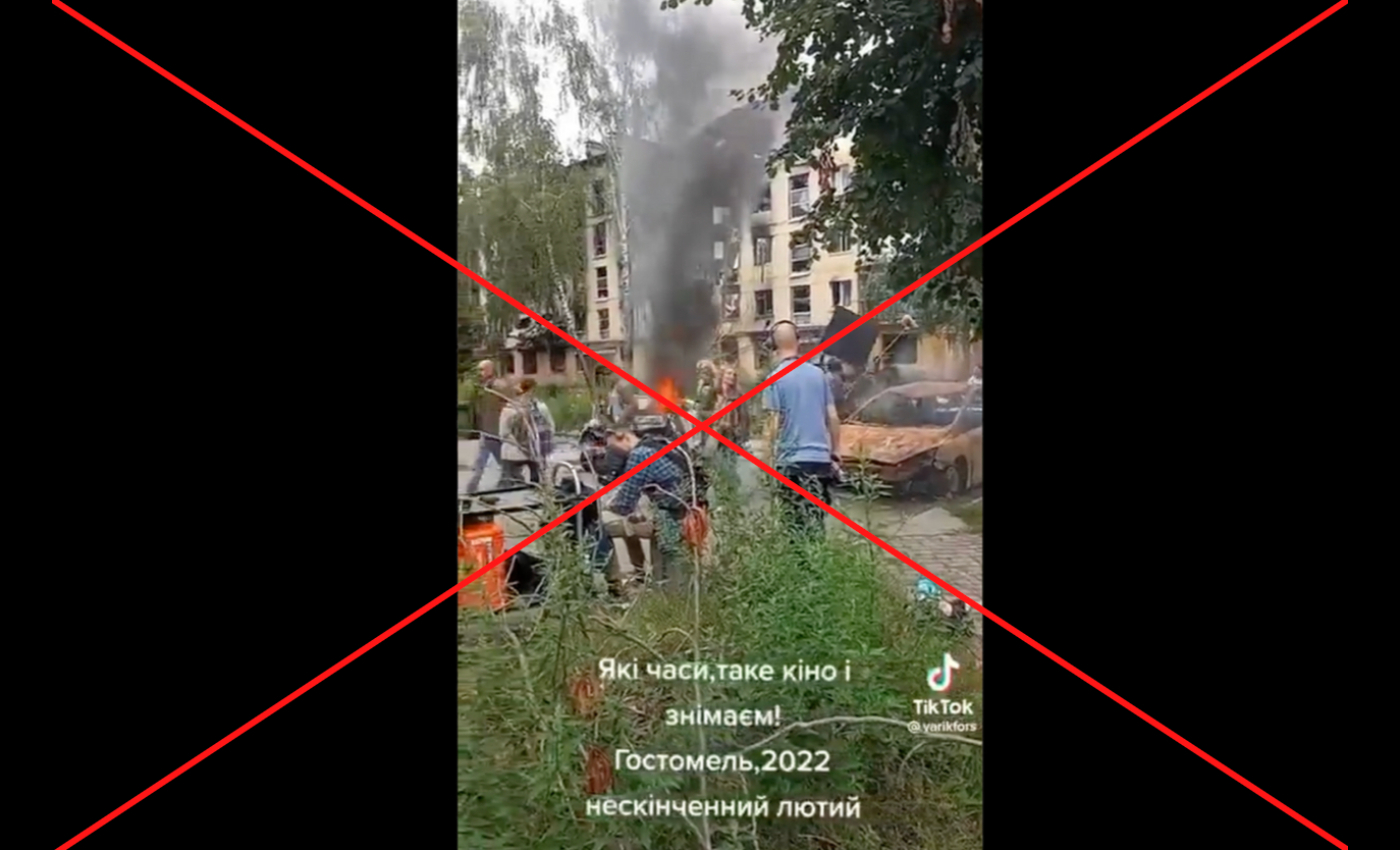 This video has been taken out of context; it shows the production of the upcoming film Region of Heroes.

A video on social media is being framed as proof that the Ukrainian government is falsifying war footage. Russian officials have consistently argued that this video proves that Ukrainians are faking footage of the ongoing conflict. The country's embassy in the United Kingdom shared it on Twitter in August, stating, "This is how the supported by the Western media #Kiev propaganda is staged. Just look at this video."

While this video initially appeared in August 2022, it has recently picked up traction on Twitter since November 22, 2022, when it was posted by a user with the caption "Zelenskyy media shooting an "atrocity scene" in Ukraine." This was subsequently shared over 2,800 times, including by former MP George Galloway.

The video in question was initially uploaded on August 9, 2022, by user @yarikfors. While it was filmed in Ukraine, it is not evidence that the government is falsifying footage of Russian war crimes. Instead, it shows filming for an upcoming film entitled "Region of Heroes."

Kyiv News describes Region of Heroes as a "large-scale film about the heroic stories of ordinary Ukrainian men and women who, risking their own lives, saved thousands of people in the occupied Kyiv region." The planning and execution of this project have been well publicized. IDEAFILMS, the production company behind it, even has an Instagram highlights album showing pictures and footage of filming.

The first time this footage appeared on social media, it was explicitly linked to Region of Heroes. Yaroslav Forsik, who uploaded it to TikTok, worked as a casting assistant on the film's production team and clarified this in an interview with the Associated Press. Confirming that he shot this footage on set, Forsik stated, "I posted a video for my audience… I did not think that there would be a million views and speculation on this topic."

The team behind Region of Heroes also commented on this footage. Speaking to Spam Chronicles, they stated, "the video posted on TikTok is an eyewitness video of our shooting of a Ukrainian documentary about residents of the Kyiv region during the Russian occupation, based on real events. We don't shoot fakes about Russia. You can see for yourself when the film hits the cinemas in the fall."

The video in question does not show an effort to falsify footage of Russian atrocities in Ukraine. Instead, it shows the set of Region of Heroes, an upcoming film. This has been confirmed by the individual who first posted the video on social media, who worked as a casting assistant on the production. This claim has therefore been marked as false.