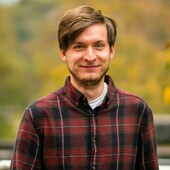 Arron Williams is a fact checker based in Basingstoke. Before joining Logically, Arron worked in language correction software and trained as a forensic linguist, specializing in analyzing U.K. legislation, policing, persuasion and propaganda. He is interested in the cognitive effects of disinformation and propaganda, how they persuade people, and conspiracies surrounding gender and conflict/war. He works on creative projects in his spare time, from writing short stories to be published to working on game dev projects.

The Bilderberg group is part of the Illuminati and wants to establish a New World Order.

The First and Second World Wars were started by Jewish nationalists trying to create Israel.

Tapwater is poisonous because chlorine is added to the water.

Fluoride in toothpaste is harmful, doesn't protect teeth, and damages the immune system.

Cell phones produce harmful EMFs that cause cancer and other health problems.

Dwayne Johnson, Steven Spielberg, and other celebrities eat babies and use adrenochrome.