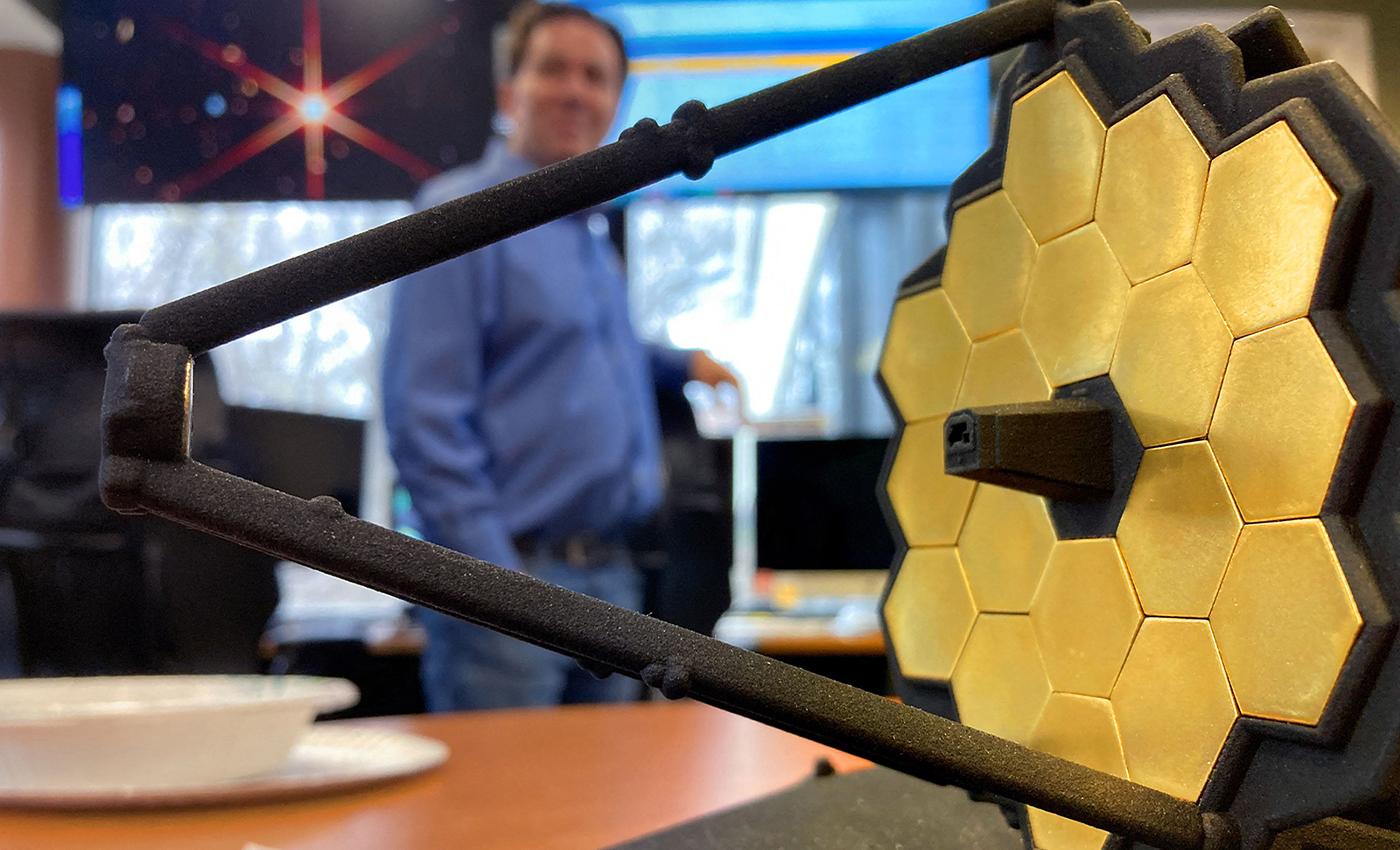 The images captured by the James Webb Space Telescope are authentic. Also, NASA has explained the Webb structure and the launch on its website.

On July 11, 2022, U.S. President Joe Biden released the first full-color image of the "deepest look into the cosmos" captured by NASA's James Webb Space Telescope (JWST). The release of images taken by the JWST has, however, driven some netizens to make false allegations about the entire event. A Facebook user posted a video that has now gone viral, claiming that the image that looks like a landscape with glittery stars was computer-generated. The man in the video further disputes various claims regarding the telescope; from its mechanism and durability to image stabilization. He further alleges that there is no gravity in Sun's orbit. The particulars being questioned in such videos are indeed all facts well-established by NASA.

On July 12, NASA Administrator Bill Nelson stated in a press release, "This image covers a patch of sky approximately the size of a grain of sand held at arm's length. It's just a tiny sliver of the vast universe." Nelson elaborated that though it's not the first full-color image from the James Webb Space Telescope, "it's the deepest and sharpest infrared image of the distant universe, so far."

NASA had live-streamed the telescope launch, and there is no credibility to claims declaring the launch fake. The entire process involved in the launch also was explained in detail in the livestream which is available on YouTube.

Under the "About" section of Webb, NASA explains that JWST was designed to be launched on an Ariane 5 rocket as it would not stay in Earth's orbit and is not intended to be serviced by the space shuttle. Webb shall sit 1.5 million km away at the Earth-Sun L2 Lagrange point. At this point(L2), Webb's solar shield will block the light from the Sun, the Earth, and the Moon, which will help Webb stay cool, one of the critical factors for an infrared telescope.

The speaker in the Facebook video claims that the telescope shall spin and move around, but NASA says Webb stays fixed in the same spot in relation to the Earth and the Sun. The details have been explained in a diagram on their website. The man further claims that gravity is not real, as Webb is not pulled "down", but NASA explains on the Webb Orbit page that the "Sun's and the Earth's gravitational forces can nearly hold a spacecraft at this point, so it takes relatively little rocket thrust to keep the spacecraft in orbit around L2."

The video also claims the images from the JWST cannot be so clear. NASA's page on how space telescopes work reads, "Webb is the largest, most powerful space telescope ever built." It uses infrared cameras to see through dust in our universe. Furthermore, they are telescope cameras that are sensitive to heat from the sun. Hence, they have a sun shield to protect their instruments and mirrors. Reflecting telescopes use mirrors; the bigger the mirror, the more details the telescope can see. “Webb's telescope has 18 smaller mirrors that fit together like a puzzle."

The speaker in the video also claims that the “test” (a possible reference to the Webb launch) gets wasted with all the resources if a meteoroid directly hits the telescope. However, in July, NASA clarified Webb's mirror is "engineered to withstand bombardment from the micrometeoroid environment." Also, to protect Webb in orbit, "flight teams can use protective maneuvers that intentionally turn the optics away from known meteor showers before they are set to occur." In June, Thomas Zurbuchen, Associate Administrator at NASA’s Science Mission Directorate had clarified in a tweet that in May, 2022 the JSWT sustained a micrometeoroid impact but the “telescope is still performing at a level that exceeds all mission requirements.”

The FAQ section on Webb further informs that "mechanical, thermal, and electrical sensors" provide a wide array of critical information on Webb's current state and performance while it is in space. The Webb will send science and engineering data to earth using a "high-frequency radio transmitter."

While multiple scientific reports over the years have proved the Earth is round, there are viral social media claims connecting the Webb to the flat-Earth conspiracy theory.

NASA has explained every aspect of the James Webb Space Telescope in detail for anyone to access and study them. The images taken by Webb are genuine. Hence, we have marked this claim as false.