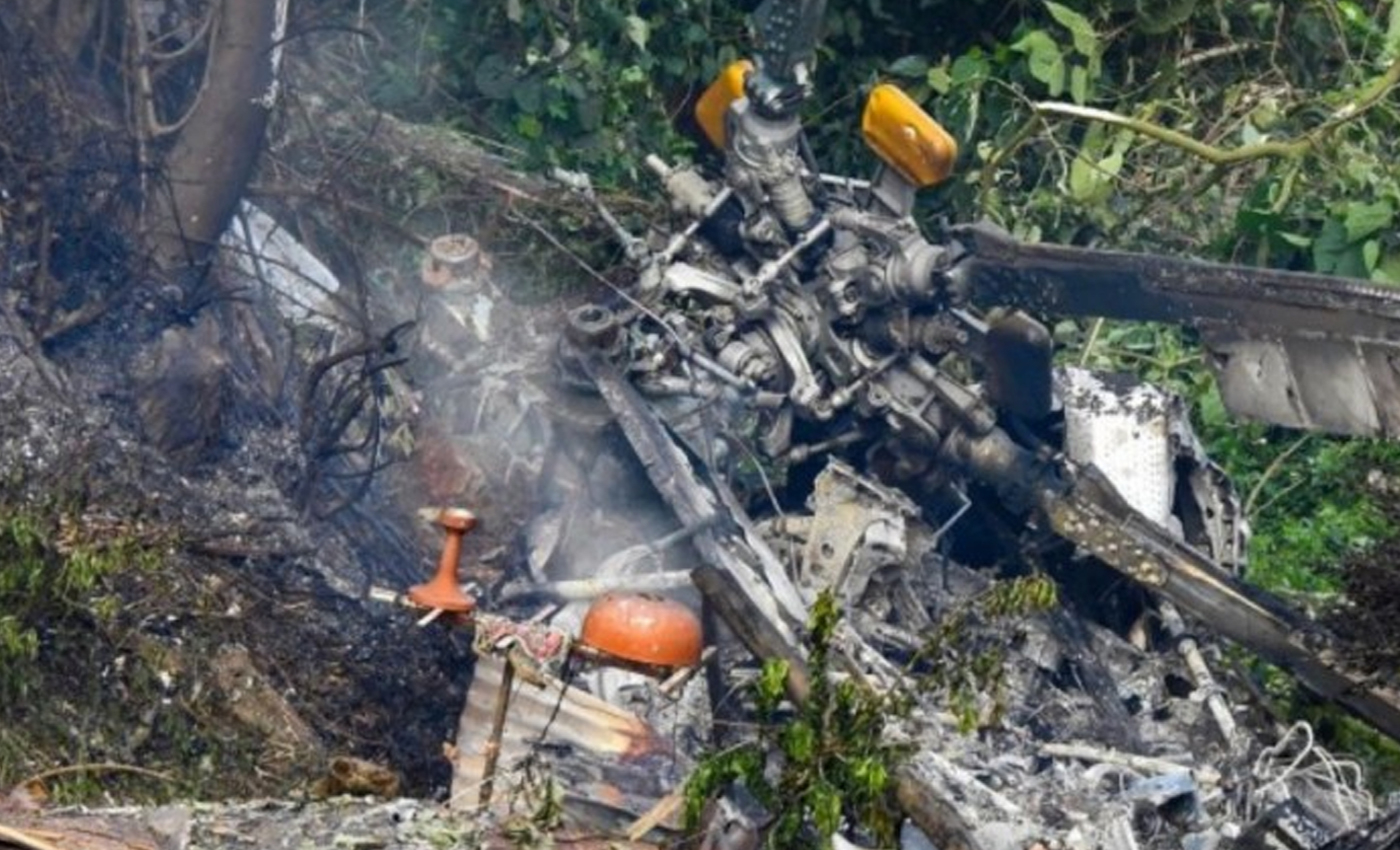 An image of a 2021 chopper crash in India has been misattributed to the 2022 plane crash in Nepal.

Context: On May 30, 2022, a plane crashed in Nepal. The BBC reported that 21 bodies were found at the crash site on the same day. The plane was carrying 22 people; the search is still ongoing. Since the crash, a few social media posts have circulated misattributed photos of the incident. One such Facebook post had an image of the alleged crash and claimed, "On a Tara Air flight from Pokhara to Jomsom, there were three crew members and 19 others. Among them were six foreigners. The crash happened on the hill above Lete." The text is translated from Nepali. In fact: The image in the post is misattributed. A reverse image search showed that the photo is of a chopper crash that occurred in 2021. The Indian Chief of Defence Staff (CDS) General Bipin Rawat's chopper (MI-17 V5) crashed in Coonoor, Tamil Nadu, India. Outlook first published the image on December 15, 2021, crediting it to the Press Trust of India (PTI). According to media reports, Rawat's chopper crashed due to bad weather conditions and a phenomenon called Controlled Flight Into Terrain (CFIT). Flight 9N-AET (de Havilland Canada DHC-6 Twin Otter) belonged to Tara Air, which took off from Pokhara on May 30, 2022, and was to land in Jomsom. The flight duration was 20 minutes long, and it lost contact with air traffic control five minutes before it was supposed to land. According to Flightradar24, a live air traffic website, the aircraft crashed on a mountainside. Reuters reported the crash occurred 125km away from Pokhara city. There were 16 Nepalis, four Indians, and two Germans on the flight. According to BBC News, Nepal Civil Aviation Authority spokesman Deo Chandra Lal Karn said they had found 20 dead bodies. He added that another body was also located, and rescuers tried to retrieve it from difficult mountain terrain. The Nepal government has formed a panel to investigate the crash. Verdict: The image circulated on social media is taken from a chopper crash in 2021 and is unrelated to the Nepal crash in 2022.