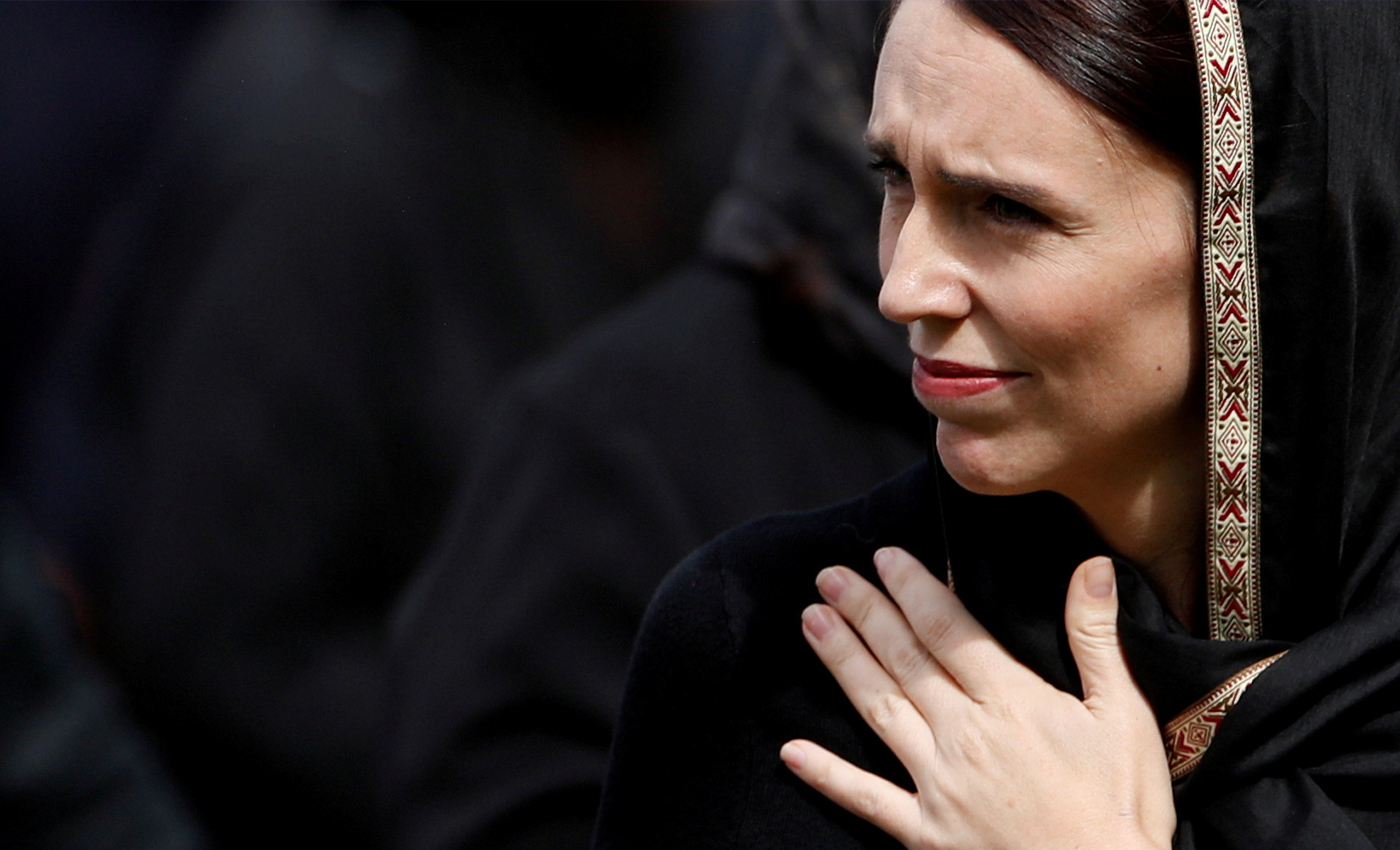 Old and unrelated images are circulated with a false narrative that the New Zealand PM supports farmers 'Black day' protests in India.

A viral post claims that New Zealand PM Jacinda Ardern extended her support to the protesting farmers in India by wearing a black suit and a makeover done to the government plane with black paint. The post is shared as Indian farmers observed 'Black day' on completing six months of protests against the central farm bills.

Firstly we did not find any report of New Zealand PM stating that she has offered her support to the protesting Indian farmers.

The viral image is taken from 2019 when Jacinda Ardern visited the family members of people killed in the Christchurch mosque shootings. We also found the image in Getty's published on March 22, 2019, where she is seen wearing a black headscarf as a mark of respect to the Muslim victims. A similar image was also posted by Christchurch City council about her visit in 2019.

The second photo of the black plane is also old. Air New Zealand, in December 2010, had revealed their All Black Livery design for the first aircraft in its new domestic jet fleet. The video thumbnail matches the viral image.

We mark the claim as false as the viral photos belong to old unrelated events and are being shared with a false narrative.