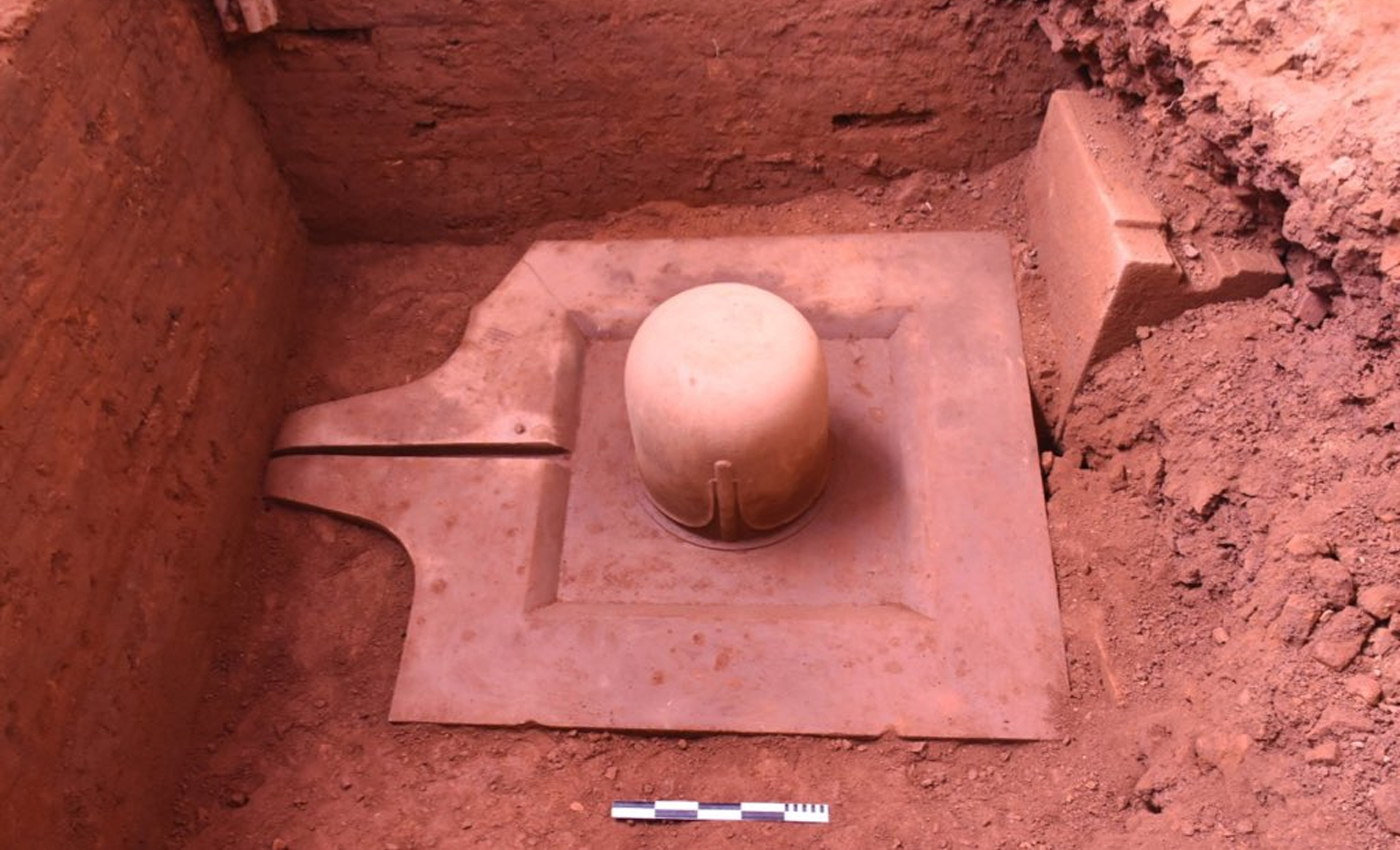 This image of the Shiva Linga is from the Cham Temple Complex in Vietnam, not from the Gyanvapi mosque.

An image circulating on social media shows a Shiva Linga unearthed during an excavation. The post's caption reads, "A 12-foot Shivling was discovered in Varanasi, Uttar Pradesh's Gyanvapi mosque. The Hindus seek permission to worship daily at the Gyanvapi-Shringar Gauri complex". However, the image has been misattributed to a recently claimed "discovery" in the Gyanvapi Mosque survey.

On conducting a reverse image search, we found news reports about the viral image with the headline "1100-year-old' Shivling discovered in Vietnam in 2020". According to an India Times report dated May 28, 2020, the Archaeological Survey of India (ASI) found a 9th-century Shiva Linga during the excavation of a conservation project at the Mai Son temple in Vietnam in 2020. Mai Son temple is a part of a UNESCO World Heritage site, and was built during the reign of King Indravarman II, a ruler of the Khmer Empire.

The Indian Express quoted the ASI official stating, "Before discovering a monolithic sandstone of Shivaling, six other Shiva Lingams were found in the My Son temple complex. But the latest find is believed to be the most magnificent one." On May 27, 2020, India's External Affairs Minister S Jaishankar also shared the images of the discovery of the Monolithic sandstone of a Shiva Linga at Cham Temple Complex. He also highlighted the civilization connection between India and Vietnam.

Hindu lawyers have claimed to have found a Shiva Linga inside a reservoir on the Gyanvapi mosque complex. Muslim lawyers state that the structure is a fountain. However, the matter is being investigated.

Considering the viral image is from Vietnam and not from Varanasi, we mark this claim as false.

The video shows Marina Beach in Chennai during the recent Cyclone Mandous.