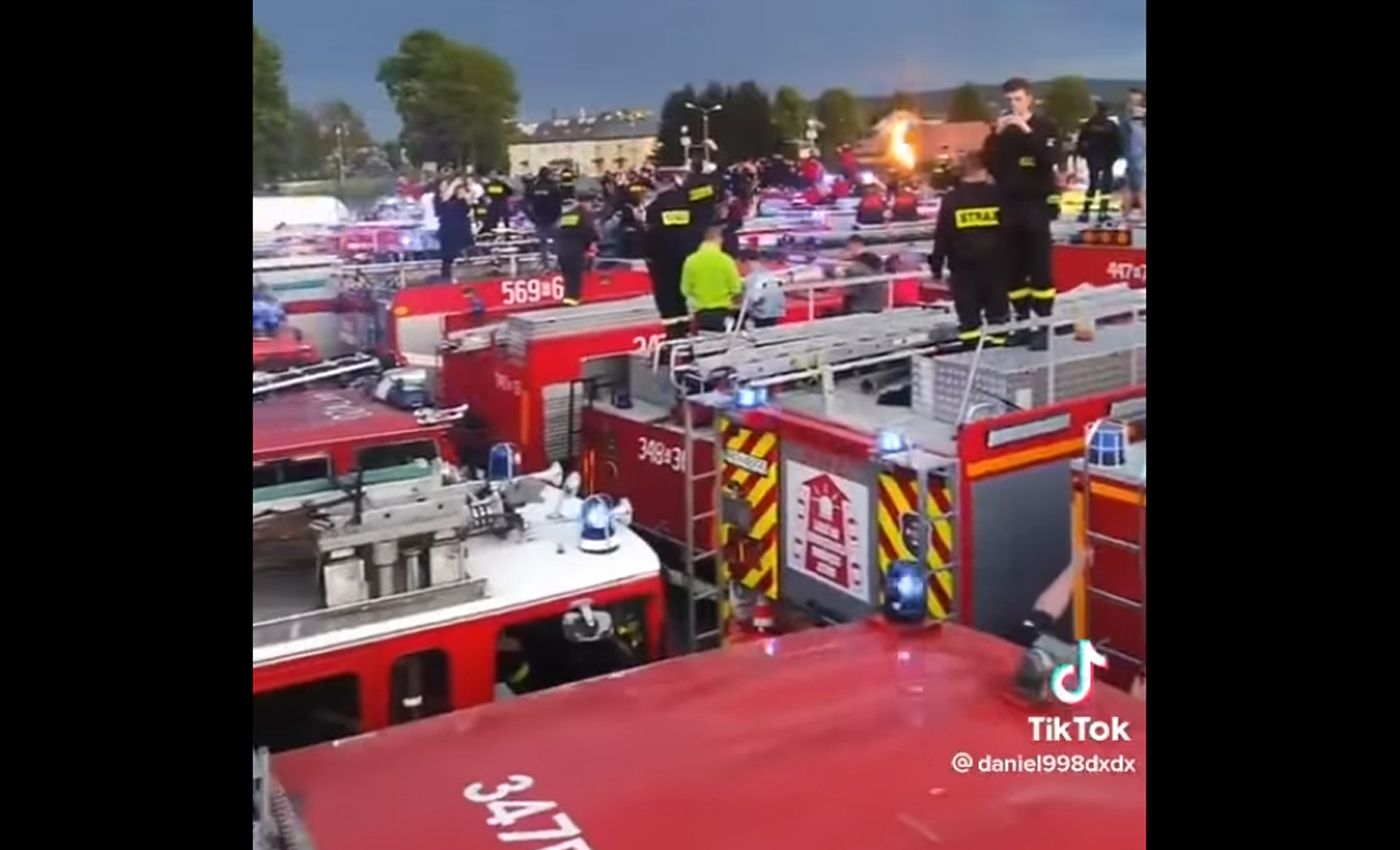 An unrelated video of Polish firefighters’ convoy has been incorrectly linked with the protests in the Netherlands.

A group of Dutch farmers have been protesting against the new emissions control plan introduced by the Netherland government. The legislation aims to reduce nitrate emissions in some regions by up to 70 percent by 2030 to reach climate goals. Amid this, an old video of firefighters is doing rounds on social media. A Facebook user posted the video, claiming in a caption that firefighters in the Netherlands had joined the farmer's protest against the new policy. The post gathered more than 200 likes and over 250 shares.

The video clip showing firefighters standing on firetrucks and honking predates the current July 2022 protest in the Netherlands. The clip was first shared by a TikTok account named "daniel998dxdx." The video was posted on May 22, 2022, and had a description in polish language. When translated, the texts revealed that the video featured a lifeguard night ride for a 5-year-old girl named Maja.

A reverse image search led us to an article by a local Polish portal, Krosno 24, the convoy of firefighters, rescuers, and police officers lined up to raise funds for a girl named Maja, who suffered from cerebral palsy disorder. The convoy ride was held on the night of May 21, 2022, from Jedlicze, Dobieszyn, to Krosno. Before the May 21 ride, the same night ride of lifeguards was held on May 10 for the same little girl Maja from Potak.

The farmers’ protests in the Netherlands have been subject to a wide range of misinformation on social media platforms linking them with multiple conspiracy theories. Logically and other independent fact-checkers have debunked several such baseless narratives.

Neither is the video footage circulating on social media taken in the Netherlands, nor are the firefighters shown in the video supporting the protests held by the Dutch farmers. The video is from an unrelated event in Poland, where firefighters participated in a fundraiser event. Therefore, we have marked this claim as false.