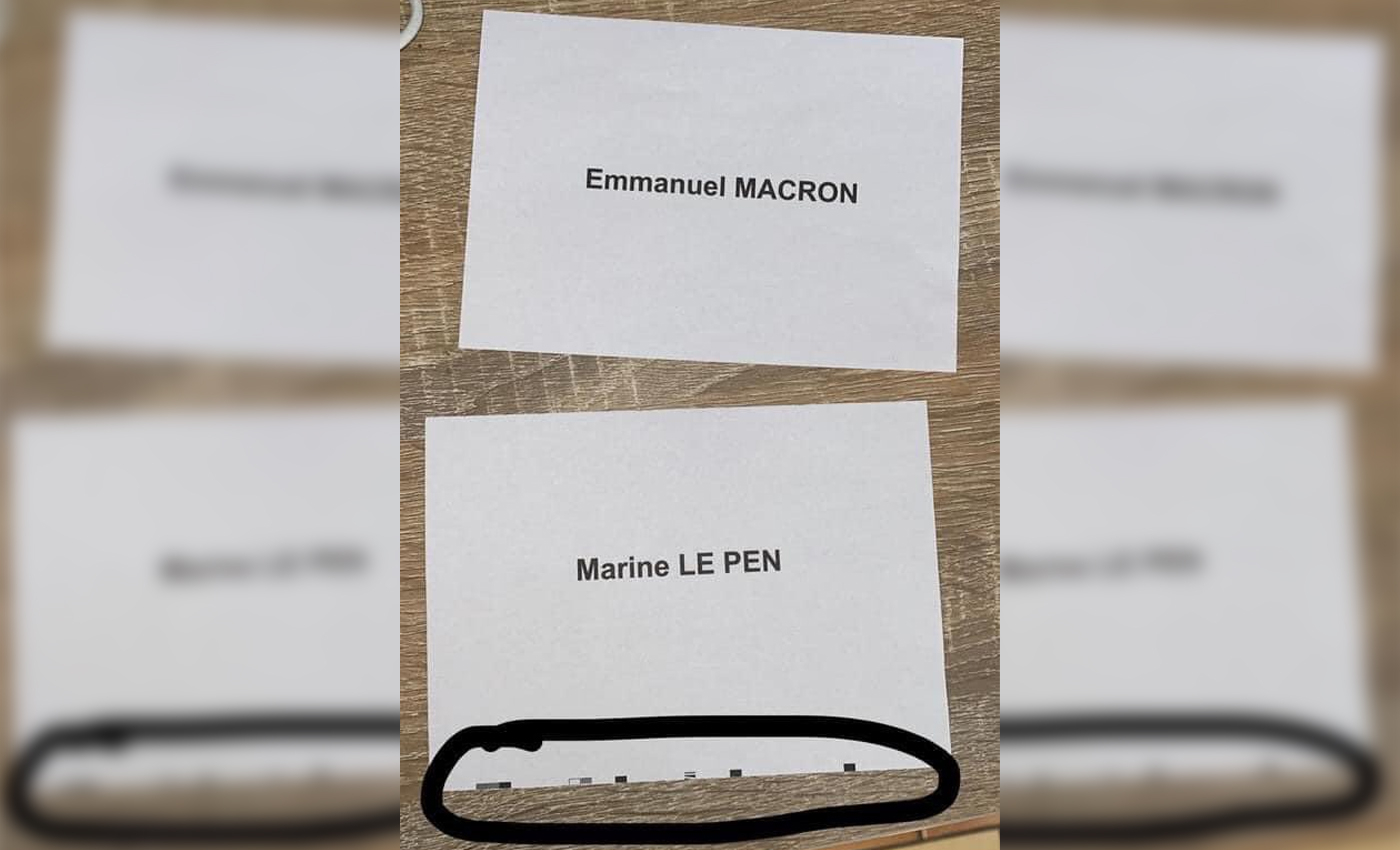 It is expected that some ballot papers will have printing errors, tears, or rips. Voters are advised to get fresh ballot papers from polling stations.

A viral video on Facebook depicts slightly torn ballot papers in the name of Marine Le Pen. The video alleges these were sent to voters with campaign leaflets before the second round of voting in the 2022 French presidential election. The caption states that such ballots are considered invalid during the counting and can impact election results. However, the claim that this shows how the recent presidential election was rigged is false. The French Electoral Code notes that torn ballot papers are considered invalid. According to an article published by La Voix du Nord on April 23, 2022, citizens who received torn ballots or ballots with printing irregularities can get valid ballot papers in polling stations on the day of the second round of the presidential election. This does not affect the counting of votes, nor would it "rig" the election result. Back in 2017, in the region of Isère and Savoie, residents received torn Marine Le Pen ballot papers in their envelopes for the second round of the presidential election where election officials, as a precaution, had recommended that voters not use the ballots if they were damaged. Instead, state services in Isère published a press release stating that "to prevent any difficulty in counting the votes, the prefecture of Isère strongly recommends that voters use the ballot papers made available to them in the polling stations." In March 2021, the Council of State reconsidered canceling two ballot papers during the municipal elections in the commune of Frayssinet (an administrative division in south-western France) "because they had distinctive signs." It noted that "contrary to what the polling station estimated, these two ballots, which included a simple scratch for the first and a barely perceptible stain for the second, could not be declared invalid, since these traces are not sufficient to be considered as signs of recognition." According to Article L66 of the French Electoral Code, "Ballots not containing a sufficient designation or in which the voters have made themselves known, ballots found in the ballot box without an envelope or in non-regulatory envelopes, ballots written on colored paper, ballots or envelopes bearing internal signs or outside recognition, ballots or envelopes bearing insulting remarks for the candidates or for third parties are not taken into account in the result of the counting." BBC News reported on April 26 that President Emmanuel Macron won France's recent election, receiving 58.55 percent of the vote in the second round, compared to Marine Le Pen's 41.45 percent.