The British Army has been deployed on the M25 motorway in the U.K. to evacuate Just Stop Oil protestors. 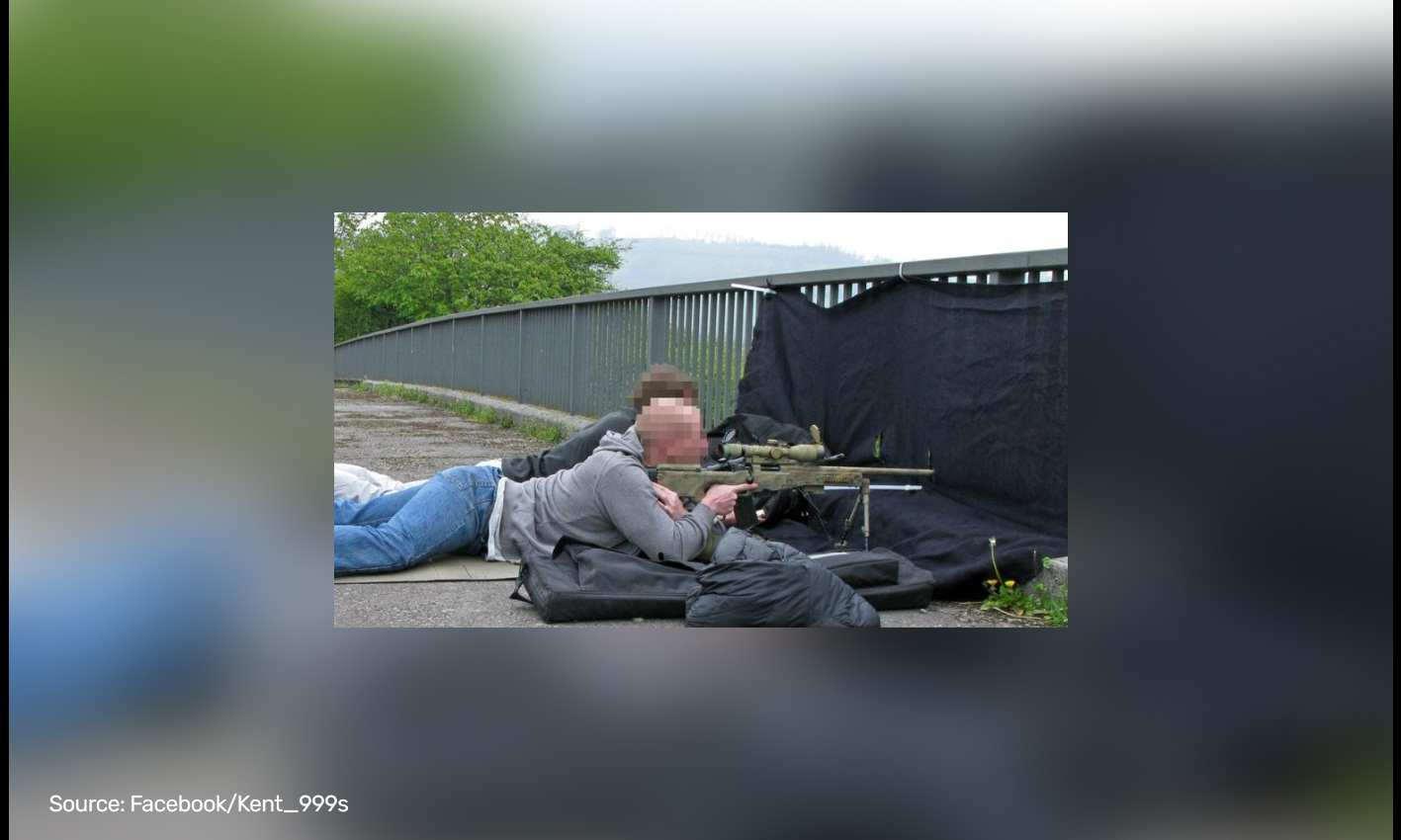 The British Army has not been deployed on the M25 motorway. The post appears to be satire.

Climate change protestors from the environmental activist group Just Stop Oil have been conducting demonstrations in parts of the United Kingdom, blocking parts of the M25 motorway around London, for several days. The group has been campaigning for more action on climate change, urging the government to halt providing new licenses for the exploration of oil and other fossil fuels in the U.K.

Dozens have been arrested, and police have launched a significant operation to identify and arrest the protesters accused of causing the traffic disruption.

Amid these developments, a Facebook post shared an image of two people, who it claims to be army soldiers, lying on a bridge or a road with a sniper rifle in hand. The caption to the photo, posted on November 9, reads, "Super Army Soldiers have arrived on the #M25 to assist local authorities with removing #JustStopOil protestors who have glued themselves to traffic cones. This is part of Operation Crusty Soapdodger and The War Against Temperature Shift." However, the post originated from a parody/satire account and may have been misinterpreted and reshared as an authentic news report.

A keyword search led us to the same image and caption, posted on Twitter on November 7 by an account with the username RAF_Luton. The account describes itself as a "Parody/Satire Account)." From the comments on the post, it appeared that people had perceived it as satire.

With a reverse image search, we found the picture is from 2016 and shows two British SAS sniper units being trained to shoot at speeding vehicles. We found the same image in a report by The Sunday Times, published on July 17, 2016. The photo was attributed to Ray Wells and captioned, "Two men, said to be SAS soldiers, train on a motorway bridge." The report added that Britain was "on the alert for a Nice-style massacre as police predicted that Isis sympathizers in the U.K. could attempt the same atrocity. According to France 24, the Nice truck attack in 2016 left 84 people dead after a lorry plowed into a crowd attending Bastille Day celebrations in the French city of Nice.

On November 7, 2022, BBC News reported that several junctions across Surrey, London, Hertfordshire, and Kent cities were closed due to protestors climbing gantries on the M25. Essex Police Chief Simon Anslow said, "Our working at heights team arrived within two minutes to provide support, and it took a total of just 31 minutes before all lanes were reopened completely." The report adds that a police officer was also injured. According to The Guardian, 677 people have been arrested and 111 charged in the 32 days of disruption from the end of September and through October.

While police have taken strict action to control the demonstrations, no news reports indicate that the Army has been called to evacuate climate protesters from the M25 motorway.

Further, on November 11, Just Stop Oil released a statement saying they were pausing protests on the M25 to give the government time to reconsider the oil and gas extraction licenses.

The narrative that the Army has been called in to remove climate protestors from the M25 motorway in the U.K originated from a satirical account. It has, however, been misinterpreted and shared out of context. The image used in the post is old and unrelated to the recent climate protests by Just Stop Oil in the U.K. Hence, we have marked the claim as misleading.