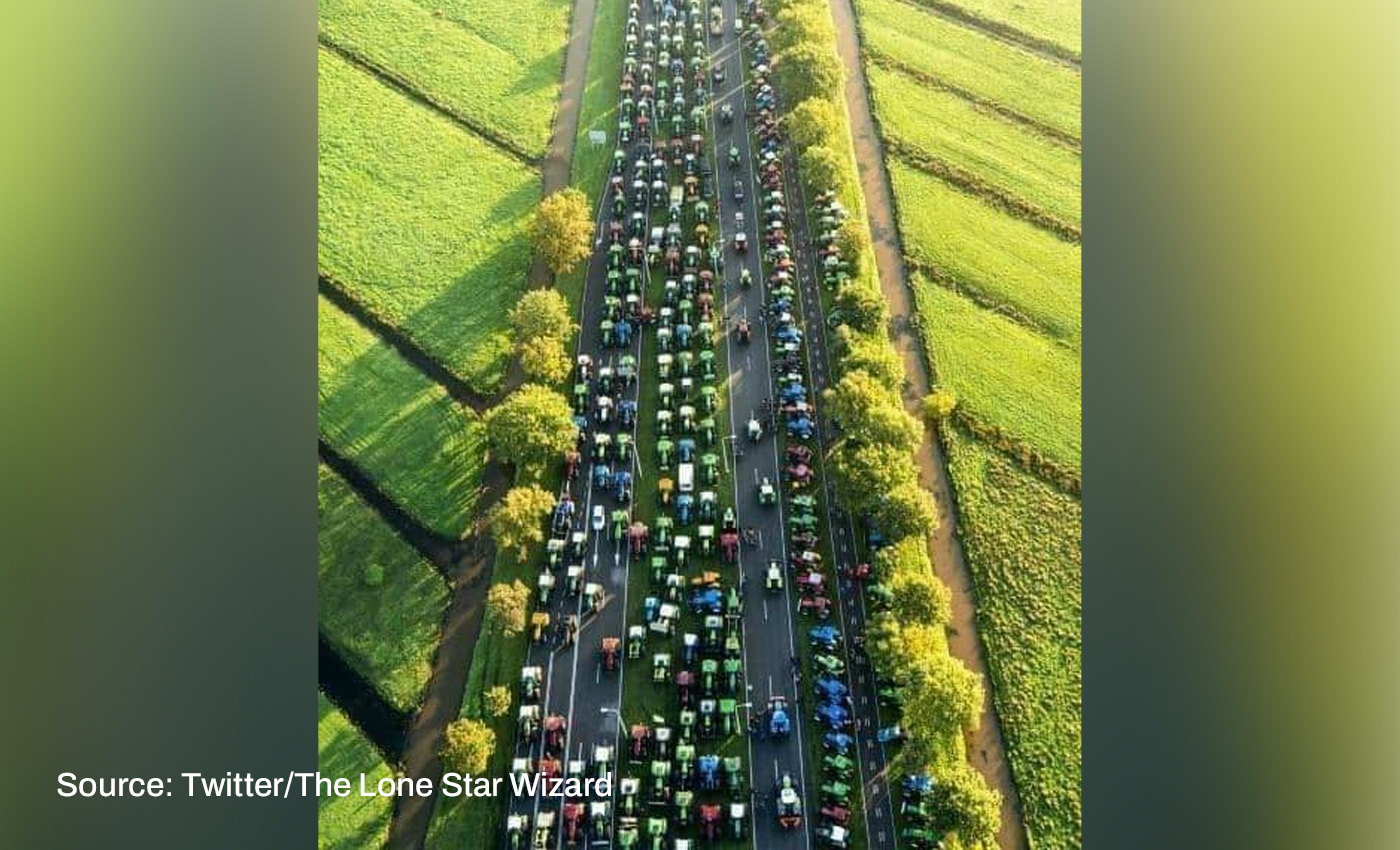 A 2019 image of a Dutch farmer protest has been wrongly attributed to the 2022 protest.

A group of Dutch farmers has been protesting against the environmental plans introduced by the Netherlands government. The legislation aims to reduce nitrate emissions in some regions by up to 70 percent by 2030. The protests have led social media users to share misleading and false information about the protests. One such image showing people blocking a tree-lined multi-lane roadway with their tractors is claimed to be from 2022. The caption says that the mainstream media does not want people to know how big the Dutch farmer's protest is, implying the blockade was not reported in recent news.

Using reverse image search, we found the same viral image in news publications from 2019. The Washington Post used the viral image in their article published in November 2019 on global warming and the protests surrounding Dutch Prime Minister Mark Rutte's statement on lowering the speed limits. According to Getty Images, the picture was clicked by photographer Jerry Lampen (ANP/AFP) and its caption read, "a picture taken on October 16, 2019, shows an aerial view of tractors blocking on the road in De Bilt during a farmer protest against the nitrogen policy rules."

Reuters reported that in July 2022, there was outrage by the Dutch farmers, raising concerns over the Netherlands government's plans to reduce fertilizer usage and livestock. The framers protested by blocking highways, supermarket distribution centers, and staged agitiations in front of the politicians. Various international media outlets have been providing constant news updates about the current protests. On July 4, Associated Press News reported that dozens of tractors were parked on the bridge over a canal in North Holland. The report listed several images, none of which were similar to the image in question.

On July 4 that the country witnessed several traffic jams on highways east of the country and ferry routes in the north, Reuters reported. A BBC report published on July 29 explained why Dutch farmers are protesting over emissions cuts and their developments over the days. According to BBC, "the cabinet has allocated €25bn (£20bn) to slicing nitrogen emissions within the farming industry by 2030." By July 2022, the provincial governments were expected to submit ideas for this mission; however, not all are taking the initiative to be a part of it.

Several other old images have been circulating on social media linking them to the current protests. Logically and other fact-checking organizations have debunked many such claims repeatedly.

The viral image is not from the 2022 farmers' protest but from protests from 2019. Hence, we have marked this claim false.