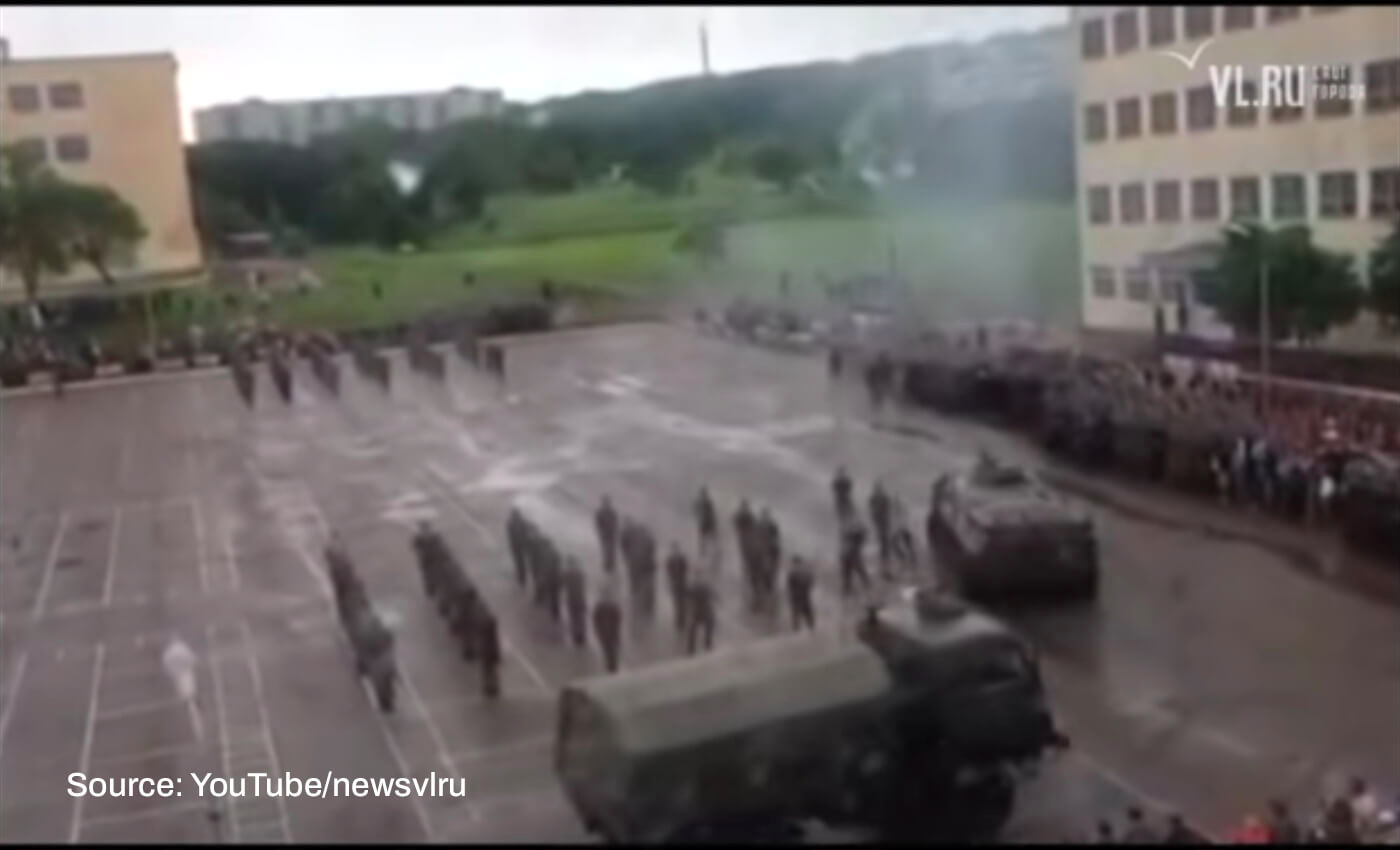 The video of a Russian vehicle allegedly running over Russian military personnel dates back to 2014.

Upon conducting a reverse image search using the InVid tool, we found that the video was published on a Polish news website named Banzaj.pl on June 13, 2014. The video is titled, "Russia: an armored personnel carrier ran over a soldier on a parade. A military vehicle is seen running over a soldier in this one-minute video. Moments later, other soldiers help him, and the victim stands up"

The video was uploaded on Newsvlru, a Russia-based YouTube channel on June 12, 2014.

We couldn't independently verify if the victim suffered severe injuries, or further details on the incident. However, since the video has been available on the internet since 2014, it does not any connection with the ongoing conflict.

A 2014 video of a Russian soldier being run over by a Russian military vehicle was falsely shared as a recent incident. The incident is not connected to the ongoing Russia-Ukraine war. Hence, we have marked this claim as misleading.