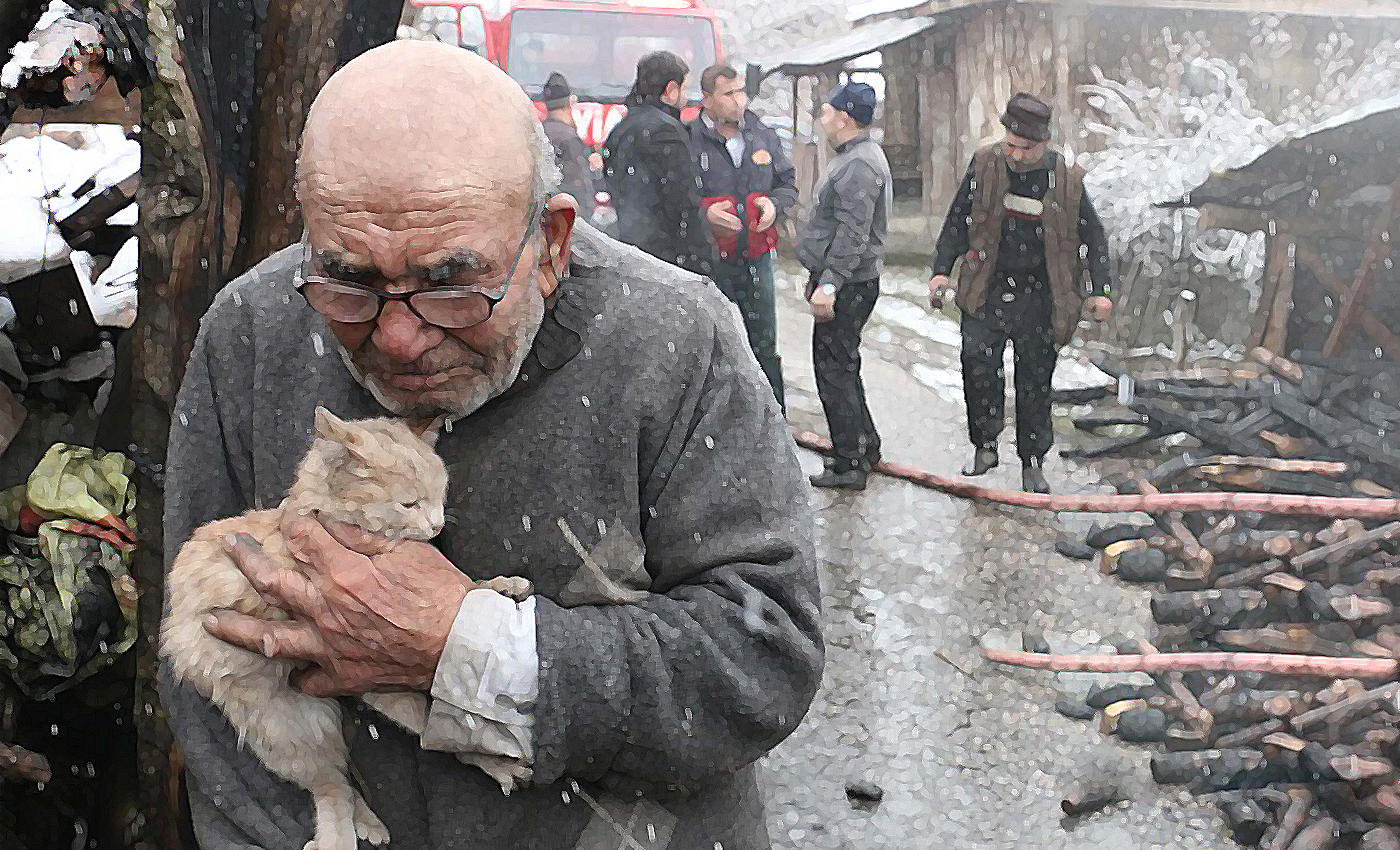 The image of an old man hugging his cat was taken in 2018 in Turkey, after the cat was rescued from a house fire.

Russia invaded Ukraine on February 24, 2022, with the bombardment now entering its third week. Throughout the course of the invasion, many reports that claim to offer insight into the circumstances of those caught in the conflict are circulating on social media. An image of an emotional older man hugging a cat has gone viral. The hashtag #IStandWithUkraine implies the photo was taken recently in Ukraine amidst the ongoing devastation. The caption reads, 'When humans act with cruelty, we refer to them as animals, yet the only animal that displays cruelty is humanity. This is a very touching image'. The same image has been shared on multiple social media platforms linking its origin to Ukraine.

A reverse image search found this image was published on Turkish news site Daily Sabah in January 2018. The site says in its report that the photo was taken after a house fire incident in the Bolu province of Turkey. The house owner is seen hugging his pet kitten after his single-story wooden house was completely burnt. The man has been identified as Ali Mese, who was reportedly mourning over the loss of his hens.

We also found the image published on the image website Anadolu Images with the same information. Furthermore, the metadata analysis showed that the picture was taken on January 17, 2018, and that the location is in Turkey.

Fact-checking site Boomlive has also debunked claims linking this image to Ukraine. With the image being at least four years old, it is evident that it is not from the Russian invasion of Ukraine.